Lt. Col. Satchie Etoromi (rtd), the
estranged husband of the former Minister of Aviation, Stella Oduah,
yesterday said he suspected foul play in the death of his son, Maxwell
Toritseju Etoromi.
He said that controversies surrounding
his death would be investigated and urged the appropriate security
agencies to take up the matter.
Just as he was grieving over the death
of Maxwell, another of his son, Tuoyo Etoromi Oduah, has added more
sorrow for his father saying he would rather be a bastard than to be
called his son.
Tuoyo had, in a letter to his father, a
copy of which was made available to newsmen, disowned his father,
insisting that he would rather be a bastard than be called his son.
He had accused his father of being an attention seeker over his brother’s death.
But the retired Army officer fired back, imploring his son to retrace his steps and not allow himself to be used by his mother.
Chief Etoromi in his statement to his
son wrote: “Eyituoyo my son, they have misled you. When Omabuwa came
home last year, Stella, your mother told me to call you to come home.
She gave me your phone number. She said you were in the United States of
America and don’t answer calls. All calls to that your phone were not
answered. I believe Omabuwa was killed, that is why Stella refused to
tell me.
“The stories about how Stella took you
away need not be told now. The grief that my son, Omabuwa, who was
contacted by your junior sister, Valentina Omawumi Etoromi, and who came
home, is dead is too much a pain for me now. Stella should bring our
kids home. I want to bury Omabuwa who is now late, and you my lovely
son, Eyituoyo should come home.
“I married Stella traditionally and
under Ibo marriage law, every child she has before my dowry is returned
belongs to me. It is Stella and not yourself who should tell me that my
son, Omabuwa, your senior brother is dead.”
Etoromi added: “You said you offered flight tickets and accommodation to
attend the burial and funeral of my son. Burial where? Do you have
flight infrastructure at Akili Ozizor now? Is it Ibo culture for a woman
whose dowry was paid to take her children’s corpse to her home town?
That is abomination. The controversies surrounding Omabuwa’s death will
be investigated.
“My son, do not allow yourself to be
dragged into what you do not have knowledge. Could it be that Omabuwa
was killed because he came home? This is not the time to talk. May the
Almighty God grant us His mercies, show us light that will make us know
the truth. Amen.
“Eyituoyo, I am not Mr Satchie Etoromi. I
was commissioned into the Nigerian Army and attained the rank of
Lieutenant Colonel before Stella came into my life. I was also conferred
with a chieftaincy title when she was with me. It is a pity that you
were not told my status in life. You will know I am not a nonentity as
you were made to believe.
“My marriage with Stella was not short.
She moved out of our home 19 years ago and so her telling you she
divorced me 30 years ago is another big lie. How old are you? So why did
she tell you all these lies? I am an incorruptible and disciplined
officer and gentleman and you shall be proud that my blood flows in your
veins when the truth becomes public knowledge.
“I was a polygamous man before Stella
married me. I married many wives and it is a custom of our people. His
Royal Highness, Igwe Oduah 1 of blessed memory had many wives too, so
what did I do wrong? When Stella took you and everything away, in
humility I prayed for the Almighty God’s mercy.
“Must she not do the needful and bring
you to me? The Almighty God shall judge. I am your father. Bring Omabuwa
home and come with him. I am not threatening you nor your mother. May
the Almighty God bless you my son. All will be well.”
Names of the five Nigerians arrested for robbery in Dubai 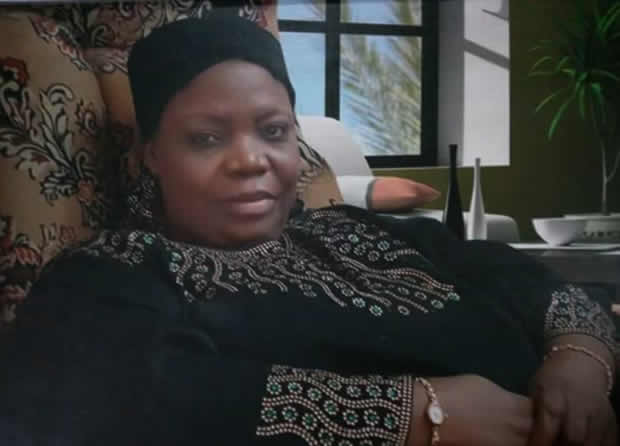 
A statement from the church on Sunday
said Prophetess Abiara was aged 70 and that she died on Saturday in a
hospital in Ibadan, Oyo State, where she had been receiving treatment.
She is survived by her husband, children, among whom are three sets of twins, and a large Christian family.
Daughter of the deceased, Taiwo
Abiara-Omokore, said her mother died in the presence of family members
at the hospital, adding that she waited for her husband to get to the
hospital before she died, praising God.
She said,...
Click to Continue Reading
To Top