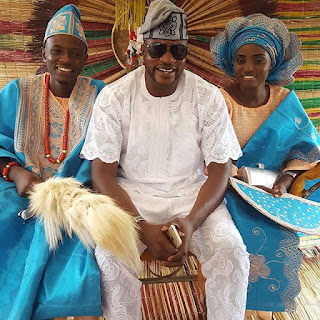 The traditional wedding of
actor Jethro Adekola to former Miss Blessing Adebori, took place on September
29, 2016 in Abeokuta, Ogun State. Jethro is Odunlade Adekola’s younger brother.
Present were friends of the
couple and Odun’s. The brothers who are from Otun Ekiti, Ekiti State had the traditional
ruler of the town represented and he sent his staff of office which was placed behind the couple. 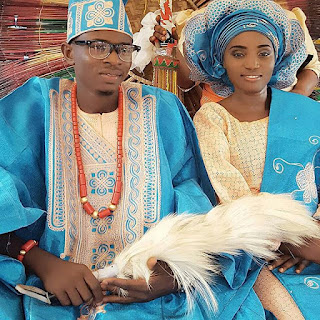 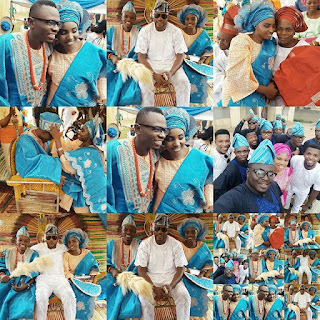 An excited Odunlade posted
on his social media: “Don’t be surprised to see the #OPA ASE at the back, in the
picture….KABIYESI, OORE OF OTUN EKITI kabiyesiiiiiiiii oooo. He Sent his
delegates with the royal staff because we are from ROYAL family.. Congratulations!!!
to the latest couple in town.” (sic)
This is the first leg of the wedding. 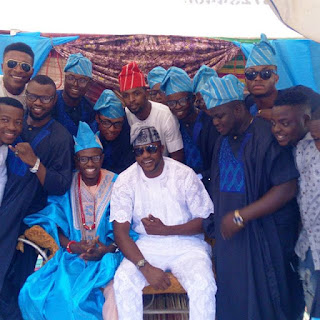 The church solemnisation comes up on October 1, 2016 in Abeokuta, the Ogun State capital.

READ
Lagos HOA Speaker, Obasa opens up on allegations of fraud against him

Tireni Adebayo is the Editor of Kemi Filani News.She has BSC in Mass Communication from the Redeemer's University and M.A in Mass Communication from the University of Lagos (2014 - 2015) where she majored in Public Relations and Advertising and Digital Media.  When she is not writing, she is either listening to music or reading her favorite books.Tel: +2348000000901 Address: Herbert Macaulay, Yaba, Lagos, Nigeria Email: tireni.adabayo[email protected]

This Woman kidnapped her sister’s daughter over N30,000

Get Help Worldwide: Make 30-50% per month on top of every money you invest – Register now

Ini Edo cries out bitterly, reveals why she has been depressed

Davido begs BBNaija winner, Laycon for some money after

Actor Mike Ezuruonye allegedly faces ban from the US