No fewer than 2,700 fun-loving school
children, parents and indigenes stormed Savannah Hotel, Ilorin recently to
witness the grand finale of the Cowbell Chocolate Summer Camp which started
earlier this year in August at Makurdi.

The Cowbell Chocolate
summer camp, also called Chocademy is
a funfair educational programme that accommodates pupils/students of primary
and secondary schools; designed to occupy and teach them various skills during
the summer holidays.
Kingsley Onuoha, Brand
Manager, Cowbell Chocolate reveals that the idea behind Chocademy is “to bring
together children with diverse cultural, religious affiliations and social
classes to a healthy, moral, social learning field where aerobic exercises,
knowledge-sharing, moral education activities will be undertaken among others.”
He therefore advised mothers and other caregivers to always key into the
initiative by engaging their children and wards.
According to him, “spending
the summer holidays learning outside of a customary school environment can help
pupils and students get ahead of their classmates when they return to school;
as skills acquired during the summer programme could enhance their leadership,
athletic and academic capacities.”
The participants and
their parents had a great time at the venue as they all took part in series of
activities ranging from dancing competitions to games. Gifts were won and
prizes given to winning contestants, all of which added to the fun and splendour
of the grand finale event in Ilorin.
One of the parents, Mrs
Busayo Afolabi expressed her excitement and gratitude to Promasidor, makers of
Cowbell Chocolate and sponsors of the initiative by commending their efforts at
trying to empower children during summer holidays. “My two children have really
improved in terms of their social and moral standards, as they look forward to
meeting their friends in the camp and playing educational games together. I
also believe all the children here have gained something significant from this
initiative. It is indeed a wonderful initiative and I must thank Cowbell
Chocolate for their effort.” She appealed to Promasidor not to relent in her
efforts and enjoined them to bring the camp back to Ilorin in subsequent
editions.
The activation started
on the 8th of August 2016 in Makurdi, and moved on to Enugu, before arriving at
Ilorin for the grand finale. One week was spent in each location, and the
climax of each location is the funfair which took place on Saturday at each
location.
Some of the prize
winners at the grand finale are Oladipo Faith who went home with a Bicycle;
Sulyman Sony, who won a mini Home Theatre, and Irewole Ayomide, who won a
branded PSVita.
Promasidor, makers of
cowbell milk and cowbell chocolate have called on all parents and stakeholders
in the country to always register their children and wards for the subsequent
edition of the Cowbell Chocolate Summer camp as quality instructors are
constantly being arranged to handle every module of the summer camp’s
educational programme, so as to ensure fulfillment of the initiative.
WHO speaks on garlic and rinsing of nose with saline as protective measures against coronavirus

20 things you should know about Pastor E.A Adeboye and Folu’s marriage of 49 years…

The love story of Pastor E.A Adeboye, General Overseer of RCCG
popularly known as Daddy GO and his darling wife Pst. Mrs Folu Adeboye
is one that would go down in history as one of the most romantic love
stories ever. Daddy GO has not only proved that having God at the centre
of your life is key but he has also proved that real men still exist.

As they celebrate the faithfulness of God on their 49th anniversary
this year. Here are 20 things you would never believe Daddy GO does:

• Adeboye married twice surprise face hahaha…not what you’re
thinking. He had a traditional marriage first then a white wedding in
church about two years after.

• Adeboye couldn’t afford a ring then but he promised his wife that
she will never lack anything and has since kept this... Just got this mail, please read! The
family of our late brother Rev. Sammoses Odiba Enenche who we are still
grieving and mourning received this news with great shock and initially
decided to pay deaf ears to it as we believe that mourning time is a
period for reflection on our own lives while we are still on earth.
After
much consideration, we deem it... 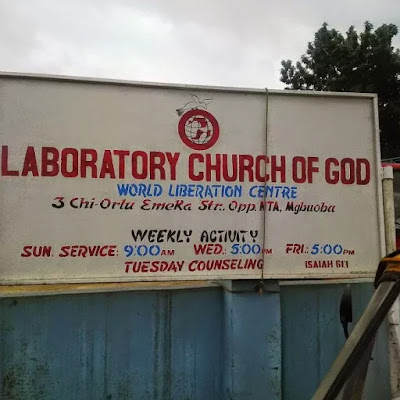