The Nigeria Electricity System Operator (SO) on Tuesday said that the power producers at 06.00 hours generated 3,277 Mega Watts (MW).
Its power performance for Monday production shows that the peak generation for the day under consideration was 3,886.50MW, while lowest power generation was 3,009MW.
Total energy it sent out to the 11 distribution companies on Monday was 3,402MW.
Similarly, the Nigerian Electricity Supply Industry (NESI) had said that the SO at the beginning of the week supplied 3,422MW to the 11 DisCos.
NESI said that: “Average power sent out was 3422MWh/hour (up by 158MWh/h). The reported gas constraint was 3144MW.
“The reported line constraint was 482MW according to TCN. The reported high frequency constraint is 121 MW.
“The water management constraint was 0MW. The power sector lost the estimated equivalent of N1, 799, 000, 000 on September 11 2016 due to constraints.”

Two persons were killed and nine others seriously injured in an auto crash that occurred at the notorious Onipepeye stretch of the Sagamu-Abeokuta Road on Tuesday.
The accident, which involved a Toyota Picnic car marked KSF 957BB and NISSAN Serena car with the inscription 250 GHA, occurred at about 11:35am.
The Sector Commander, Ogun State Command of the Federal Road Safety Corps (FRSC), Mr. Adetunji Adegoke, who confirmed the accident, said two persons were killed and nine others injured in the accident.

He added that six other people were rescued alive from the fatal crash.

Beer reportedly drank a substance believed to be poison and was rushed to a clinic in Akpehe, before doctors confirmed her dead on arrival.

Nation reports that the girl committed suicide because her boyfriend by name Labi, a pork meat seller at Wurukum Market in Makurdi impregnated, abandoned her and then impregnated another girl.

Several efforts to reach the Benue State PPRO, Moses Yamu could not yield any result as his phone was switched off at the time of this report.

The Niger Delta Avengers, NDA, has accused personnel of the Nigerian Army, involved in the “Operation Crocodile Smile” in parts of the Niger Delta region of harassing old men, women and innocent youths under the guise of hunting for militants.

NDA in series of picture tweets by its spokesperson, Mudoch Agbinibo on its twitter handle @AgbiniboND said, “The High Command of the Niger Delta Avengers present to you the soldiers of the “Operation Crocodile Smile.‎

“They are scared to death because they can’t swim, so they drown all the time. Federal Government is just killing innocent Nigeria Soldiers.”

In another picture tweet showing four armed soldiers with a paddler in a wooden boat, the group said: “With the millions put into the Operation crocodile smile exercise, see the dead boats given to them to fight militants.

“The only thing the soldiers are good at is harassment of old men, women and innocent youths of the Niger Delta.”

The Academic Staff Union of Universities (ASUU), University of Abuja chapter, has denied issuing strike notice to the Federal Government.
In a statement on Tuesday in Abuja by its chairman, Ben Ugheoke, he said the union did not grant any interview or issue a statement on pending strike contrary to reports circulating on the social media.
“My attention has been drawn to a publication online and on social media captioned- ASUU: union to begin strike October 2nd.

“The story is said to have been authored originally by Press Team of University of Abuja.
“The general public and ASUU National Executive Council (NEC) should know and note that no one came, either as journalist or any Press Team to interview me.

“I hereby denounce such a publication as the work of mischief makers, targeted at misleading the unsuspecting public about the trajectory of the struggles of ASUU.”‎
He urged members of the public and stakeholders to disregard the report as it did not originate from him.

The management of the University of Lagos, UNILAG, has warned candidates seeking placement in the institution to shun any admission notification that comes through a text message.
Some persons are cashing in on desperation of candidates for the 2016/2017 academic session, who are yet to know their fate months after the release of the Universities Matriculation Examination conducted by the Joint Admissions and Matriculation Board, JAMB.

“Members of the public are advised to ignore this message as the University of Lagos does not send text messages to admitted candidates and it does not require anyone to call any number.

“The University website is the only authentic source of information on admissions.” 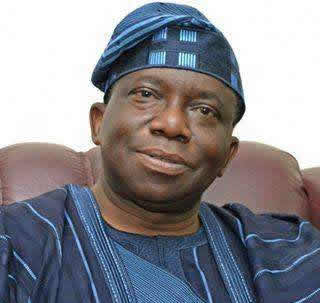 The National Association of Resident Doctors has asked the federal and state governments to resolve all outstanding issues in the health sector before September 30 or face an industrial action by its members.
The newly-elected President of the association, Dr. John Onyebueze, announced the ultimatum at the end of NARD’s 26th Annual General Meeting in Enugu.

The resident doctors flayed government at all levels over what it described as the poor state of health care delivery in the country.

Onyebueze, who addressed journalists at the end of the meeting, said the current state of public health care delivery in the country was ‘pitiable.’

Demanding an immediate implementation of pending agreements reached between the government and health workers, he declared that the association “cannot guarantee industrial harmony in the health sector if this persists beyond the payment of September salaries.”

Onyebueze said the association was demanding an immediate upgrade of infrastructure in teaching hospitals, urgent action against poliomyelitis and Lassa fever, as well as the immediate release and implementation of the report on the residency training programme.

He added that the association was unhappy with the disruption of the structure of the residency programme by the chief medical directors of teaching hospitals.

Listing the grievances of the resident doctors, he added, “Are you talking about the rickety beds in the accident and emergency wards?

“We do not even have gloves and emergency tools. We do not have pens to write and make prescriptions. We are saying that this thing must not continue.”

Continuing, Onyebueze said only the implementation of outstanding agreements would forestall an industrial action by resident doctors across the country.

“The Federal Government should expedite action on the release of the bailout funds for the state tertiary health institutions as agreed earlier.

“The Federal Government should, as a matter of urgency, ensure the migration of all our members to the IPPIS platform.

“Centres that are not deducting pension contributions from our members should immediately commence, while all centres should ensure full remittance of deducted contributions of our members to the pension fund administrators.”

The association said it did not agree with the ‘no work, no pay’ rule canvassed by the government during industrial actions.

“In line with extant labour laws, we reject in its entirety the ‘no work no pay’ rule as currently being applied by the Federal Ministry of Health,” Onyebueze said.

He condemned what he described as the “unjust sacking of doctors.”

$15m in my accounts for medical bills, others, says Patience 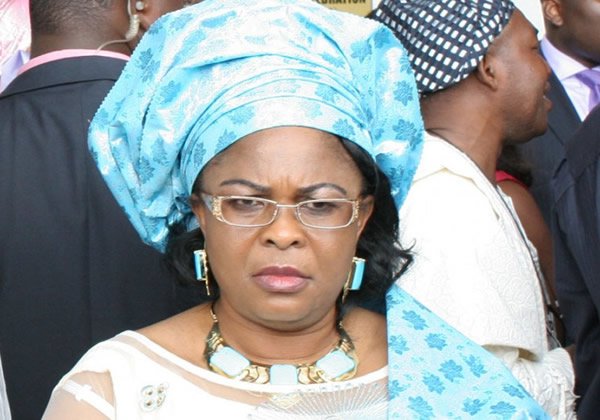 Dame Patience Jonathan, the wife of former President Goodluck Jonathan, said she was using her $15m, which was frozen in four companies’ accounts, to settle medical bills while she was out of the country.

She, therefore, urged the Economic and Financial Crimes Commission and Skye Bank to lift the restriction on the accounts.

Patience said this in a letter with reference number GA/Abibo/00226/2016, written by her lawyers, Granville Abibo (SAN) and Co, which was addressed to the Acting Chairman of the EFCC, Mr. Ibrahim Magu.

A houseboy, a driver and other domestic workers of a former Special Adviser on Domestic Affairs to Jonathan, Waripamowei Dudafa, were named as directors, but Patience’s $15m was lodged in the accounts and she was given a platinum card and exclusive access to the accounts.

The letter read in part, “It is noteworthy to emphasise that the said accounts, which were in US dollar denomination, were card-based accounts and our client is the sole signatory to these accounts.

“However, our client has been operating the said accounts using the cards for her medical bill payments and purchases for her private purposes without any let or hindrance.

“Our client was therefore surprised when the said cards stop functioning on July 7, 2016, or thereabout. Our client immediately, thereupon, contacted Skye Bank Plc through our solicitors.

‘‘It was only then that the bank officials informed our client that the said accounts were placed on a ‘No Debit Order’ following investigations and instruction from your commission and this is without notice to our client by either the bank or the commission.

“It is in the light of the foregoing that we urge you to use your good offices to vacate the ‘No Debit/Freezing Order’ placed on the said accounts.”

Patience, who described herself as a law-abiding citizen, said despite all the explanations she offered to the Lagos Zonal Office of the EFCC, the detectives in charge refused to heed her request.

She added, “Despite the foregoing, our client, who is a law-abiding citizen, has watched with surprise how efforts are being made surreptitiously to indirectly harass or harangue her and short-change her of her personal funds in breach of her fundamental human rights.

“We urge you sir, to kindly intervene to stop the untoward and wrongful actions of your officials to embarrass, inconvenience and short-change our client.”

However, a detective in the EFCC said, “We got a relevant court order to freeze those accounts and we have evidence which we will present in court on Friday.

“We did not know that the accounts belonged to Patience Jonathan at the time we froze them. The accounts do not bear her name neither do they carry her BVN (Bank Verification Number). So, how can she accuse us of harassment?

“She has a separate account in Skye Bank with the title ‘Patience Jonathan’, which has a balance of $5m. If she claims she needs money for medical treatment, then the $5m should be alright.”

In a thanksgiving service held at the State House chapel in Abuja on February 18, 2013, Patience had said she underwent seven surgical operations within one month in Germany, adding that the doctors had given up hope on her survival.

She had stated, “I remember when Chief Obasanjo was the President of the country, I was close to his late wife, Stella. We worshiped together in this chapel. It was a painful moment for me that time when she (Stella) died and her corpse was brought here.

“That was how my corpse would have been brought here.

‘‘It was not an easy experience for me. I actually died, I passed out for more than a week. My intestine and tummy were opened.

“I am not Lazarus but my experience was similar to his. My doctors said all hope was lost.’’

Other corp members who attended dressed
in their uniforms, beat the drums and matching as the convoy of the
couple arrived.

Also in attendance were the State NYSC coordinator, other officials, NYSC members and well wishers.

See the lovely photos below: