Armed men suspected be herdsmen have killed a Pastor with the Redeemed Christian Church of God in Kaduna.
The deceased, Pastor Luka Ubangari, was shot dead at Shawa village, near Godogodo, in Jema’a Local Government Area of the state, while returning from an evangelical visit to Golkofa village.

Ubangari was killed few days after the state Governor, Nasir El-Rufai condemned the incessant killings by herdsmen in the state.


We regret voting for Buhari in 2015, he deceived us – Chibok community

Members of the Chibok community, on Monday, expressed disappointment with the President Muhammadu Buhari’s-led Federal Government over its handling of the abducted school girls.
The residents during a rally in conjuction with the BringBackOurGirls movement in Abuja, said they regretted voting for Buhari in the 2015 presidential election.
They expressed disappointment over the inability of the Buhari’s government to take measures to rescue the over 200 school girls abducted by the Boko Haram terrorist group from their school in Chibok, Borno State, two years ago.
The Chairman of the Chibok Community in Abuja, Hosea Tsambido, said members of the Community and BBOG voted massively for Buhari as against his predecessor, Goodluck Jonathan, a decision they seriously regret.
Tsambido said, “They tell us that our girls seen in the latest video was merely an arrangement.

“No one has spoken to the family of any of the Chibok girls since the last video was released, by the terrorists. We regret our votes. We regret it.

“We were promised that the president would visit Sambisa, after becoming president. We were also told that within two weeks our girls would be rescued.


Mob kills 8 in Zamfara over alleged blasphemy against Islam

No fewer than eight persons were killed on Monday in Talata-Mafara community in Zamfara following violence that erupted over alleged blasphemy by a student of Abdu Gusau Polytechnic, Talata-Mafara.
The state governor, Alhaji Abdulaziz Yari, joined hundreds of people to bury the deceased, who were said to have all been killed when an angry mob set fire on the house of a man who tried to rescue the student.

The student was alleged to have made a blasphemous statement against Islam and Prophet Muhammad (SAW) and was consequently attacked by a mob.

The News Agency of Nigeria (NAN) reports that the boy was said to have been beaten to pulp by the mob, and the man, whose name was simply given as Tajudeen, took in his car and rush to a hospital.

Enraged by the act of the man who rescued the student, an eye witnesses to NAN that the mob moved to his (Tajudeen’s) house, set it on fire and killed eight persons.

The governor, who called for an emergency Security Council meeting over the incident, expressed sadness and vowed that “no stone will be left unturned until all those behind this act are brought to book”.

NAN further reports that the police have imposed a 12-hour curfew in the community, from 7p.m. to 7a.m. daily until further notice, with warning that anyone caught violating the order would be prosecuted.

Gov. Samuel Ortom has said that 22 state legislators have started refunding car loans they collected for personal vehicles to the Economic and Financial Crimes Commission (EFCC).
Ortom, who said this when he received youths of Turan in Kwande Local Government, said they were expected to refund N317million to the anti-graft agency in Abuja.
He said the refund was necessitated by the shoddy manner in which the loans were disbursed to the lawmakers.
The governor said that the process fell short of best practices required in such financial transactions.
Ortom explained that out of the number, 12 legislators were from the People’s Democratic Party (PDP) while 10 were from the All Progressives Congress (APC).
He expressed regrets that due process was jettisoned, which led to the lodgments of cash into the accounts of the legislators for the purchase of the cars.
“After the Executive Council approved the contract for the procurement of Prado Jeeps for the assembly members, only eight were procured”, he stated.
He said the contractor blamed his inability to purchase the remaining 22 vehicles on the high cost of the dollar.
“Instead of the contractor to get back to the government, he decided to meet the members directly, who opted for cash.
“The EFCC after studying the contract document ordered the 22 members, who collected cash to refund the money to the commission as due process was not followed”, he added.
The EFCC had over the past one month, played host to Benue legislators, including its leadership, in their role in the loan disbursement saga.

Peter Okoye tells woman that she won N500k, what she did next is shocking


An unknown woman on Monday abandoned a day-old baby girl near the main gate of Government College, Katsina.
The News Agency of Nigeria (NAN) reports that the woman abandoned the baby about 300 meters away from Katsina Motherless Baby Home at the early hours of the day.
Eye witness said he heard the cry of the baby around 6:30 a.m.when he was passing, adding, “when we heard the cry of the baby, we rushed and found the young child wrapped inside a towel.
“We immediately alerted the ward head of Rafukka Quarters, Alhaji Ahmed Musa, who rushed to the scene of the incident.
“Musa and other concern persons took the baby to the village head of Eastern Katsina metropolis (Wakilin Gabas), Alhaji Muntari Aliyu.
When contacted, Aliyu said the baby was at his custody and would be taken to the office of the District Head for registration.
NAN reports that he baby was later taken to the motherless baby home for proper care. 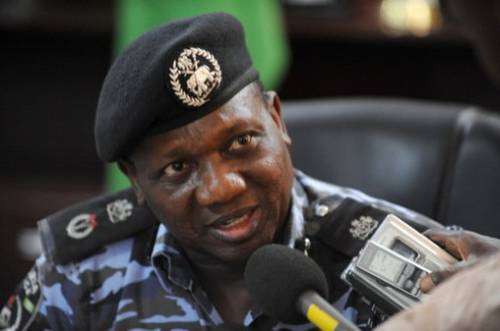 A wife of local government chairmanship candidate under the platform of All Progressives Congress in the forthcoming Saturday October 8 election in Ogun State, Mrs. Kudirat Balogun, has been kidnapped at the family home at gunpoint.
She was said to have been kidnapped on Sunday at Abeokuta by four gunmen.
Kudirat’s husband, Gafar Balogun, is candidate for the chairmanship of Ewekoro Local Government Area. 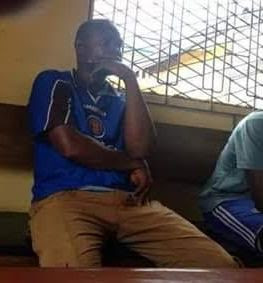 40 year old Joachim Chinakwe who named his dog Buhari was today arraigned before a Sango Magistrate Court, Ogun state. He was arrested at Ketere area of Sango Ota on August13th after he was reported by a neighbour for naming his pet dog Buhari.
According to the charge sheet, Joachim who is a trader, was said to have behaved himself in a manner that could cause breach of peace by naming his dog Buhari and parading same at the Hausa section of Ketere market in Sango area.
The charge read in part “That you, Joachim Iroko ‘m’ (a.k.a Joe) and another still at large on the13th Day of August, 2016 at about 1730hrs at Ketere area Sango, in the Ota Magisterial District did conduct yourselves in a manner likely to cause breach of peace by writing a name BUHARI on a dog and parading same in the Hausa section of Ketere market Sango Ota and thereby committed an offence contrary to and punishable under section 249(d) of Criminal Code Laws of Ogun State of Nigeria, 2006.”Joachim pleaded not guilty to the charge. He was granted a N50, 000 bail, with two sureties in like sum 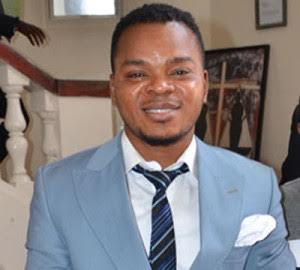 Police has given the Founder and leader of the International Godsway Church, Bishop Daniel Obinim 24 hours to honour their invitation or they’ll be forced to take action against him. The Tema Regional Police had on Thursday August 18, 2016 sent an invitation to Bishop Daniel Obinim to report himself to the police after The Minister for Gender, Children and Social Protection, Nana Oye Lithur reported the matter.
Their invitation follows widespread public condemnation of a viral video of the pastor whipping two of his teenage members before his congregation for fornicating and attempted abortion. But the self-acclaimed Angel has not honoured the invitation.
According to Adom News’ Kwame Yankah, the police might to forced to effect an arrest if he fails to appear today August 22.