Not a few fans and guests were surprised to see
Nollywood Yoruba actress, Bisi Ibidapo Obe at the final burial ceremony of
actress Lola Alao’s father in Lagos. The reason was not far-fetched. Lola and
Bisi had publicly disagreed on the pregnancy Bisi had for Senator Dino Melaye.


That was in 2014 when the pretty actress, also known as Bisi Omologbalogba, had
dated the vibrant senator from Kogi State, got pregnant for him and had a baby
girl. It was a media war as both actresses traded blames especially when the
senator refused paternity of the baby.

According
to Lola, who claimed to have introduced the
actress to the senator, she never knew her friend; Bisi would be serious
with Melaye
to the extent of getting pregnant when she knew he was married. However,
Bisi
refused an abortion, went ahead to have her baby and named the baby girl
after Melaye despite denials from the senator whose first marriage
crashed after the imbroglio.
He is married to another woman currently.
READ
Coronavirus lockdown: How 300 Muslim worshippers attacked Lagos officials in Agege (photos)
Now that Bisi and Lola are back, it was a welcome
relief. Bisi was a guest at Lola’s party on July 10, at the Lekki Coliseum.
Lagos and she was clad in the aquamarine lace aso-ebi.
Other actors and actresses who graced the occasion were
Bukky Wright; Faithia Balogun; Taiwo Hassan; aka Ogogo; Regina Chukwu; Olaitan
Sugar; Bukky Fagbuyi and a host of others.
Known to be a friend of the Ogunwusis, Lola played host
to the Ooni of Ife, Oba Enitan Ogunwusi’s three sisters, who came in their own
aso-ebi. Other VIPs present were Chief Mrs. Toyin Kolade, Princess Fola Ogunwusi and others
READ
Sanwo Olu demolishes illegal structures in Mile 2
Lola’s father, Pa Lasisi Alao also known as Baba
Soldier, died in March 2016 and was buried. The final burial ceremony took place
at Lekki Coliseum on Sunday July 10, 2016. 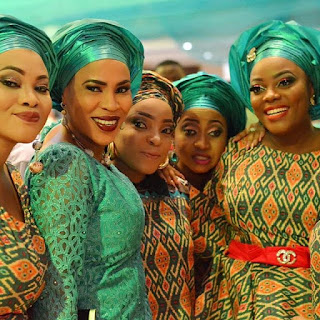 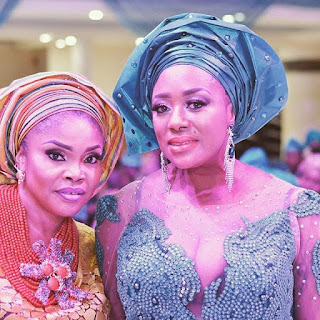 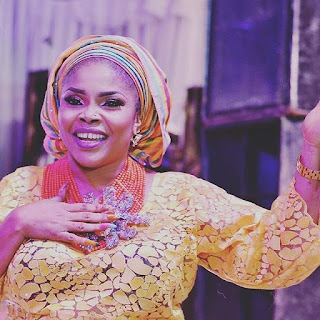 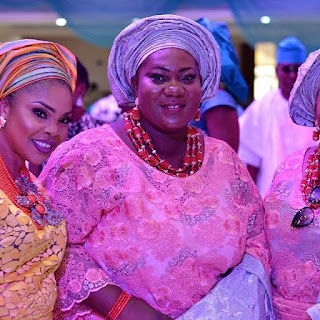 BBNaija 2020: See what Dorathy was caught doing in the box room |photo

Speaking in tongues are good, but they are nothing before God without love – Gloria Bamiloye says