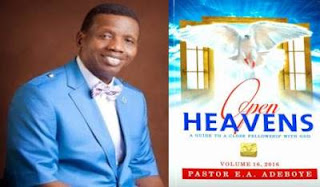 Memorise: Then said Jesus unto him, Except ye see signs and wonders, ye will not believe. – John 4:48

1 And the third day there was a marriage in Cana of Galilee; and the mother of Jesus was there:

2 And both Jesus was called, and his disciples, to the marriage.

3 And when they wanted wine, the mother of Jesus saith unto him, They have no wine.

4 Jesus saith unto her, Woman, what have I to do with thee? mine hour is not yet come.

5 His mother saith unto the servants, Whatsoever he saith unto you, do it.

6 And there were set there six waterpots of stone, after the manner of the purifying of the Jews, containing two or three firkins apiece.

7 Jesus saith unto them, Fill the waterpots with water. And they filled them up to the brim.

8 And he saith unto them, Draw out now, and bear unto the governor of the feast. And they bare it.

9 When the ruler of the feast had tasted the water that was made wine, and knew not whence it was: (but the servants which drew the water knew;) the governor of the feast called the bridegroom,

10 And saith unto him, Every man at the beginning doth set forth good wine; and when men have well drunk, then that which is worse: but thou hast kept the good wine until now.

There is no better life than a life that is full of wonders. This is the kind of life that Jesus Christ truly reflected. At a point in your Christian race, the life of Christ begins to replace your natural life and the abilities of God are made manifest in your endeavours. As a believer, people should look at you and prefer to serve the God you serve as a result of the undeniable proof that they can visibly see.

Popular pastor arrested over disappearance of his lover

“Saying, What shall we do to these men? for that indeed a notable miracle hath been done by them is manifest to all them that dwell in Jerusalem; and we cannot deny it.” – Acts 4:16

During the time of Jesus’ earthly ministry, the people marvelled at His manner of doctrine every time they had an opportunity to listen to Him at the synagogue. This is an example we should follow as children of God in our daily lives. People should be able to testify that the moment you gave your life to Christ, you become a supernatural being and the life of Christ was implanted in you.

There is the need to understand the potency of the power behind signs and wonders. The Name of Jesus is the only weapon that triggers wonders in the life of people. At the sight of His presence during the marriage at Cana in Galilee, they knew they could not be embarrassed. The Name of Jesus puts an end to all forms of harassment, lack and disgrace. When His Name is at work in your life, you can never be a victim of situations and circumstances. His Name is a seal of authority upon all our blessings. The Name of Jesus is all you need to activate your miracles. The lame man at the beautiful gate was healed through that Name and he never returned to his past. When you apply the Name to your life, everything about you becomes new.

The Name of Jesus will cause doors that are shut against others to be opened to you. As you key into the power in that Name, the Lord will do to you the great things He has been doing in my life in Jesus’ name. This is why you cannot afford to be distanced from Him. One day, the Redeemed Christian Church of God choir was rehearsing for a major program, I decided to go and inspect their level of preparedness. On sighting me, one of them screamed that her day had finally come. As the other members were queuing up, this lady dashed into my car and sat where I sat. She had been barren for a long time, but nine months after that day, she delivered her baby. The Name of Jesus sets free from sin and all forms of bondage.

Prayer point: Father, please make me a candidate for Your signs and wonders this month in Jesus’ name.

Everyone was in tears | This is the most beautiful wedding entrance ever!

This video of the groom weeping helplessly as his bride walked down the aisle is presently trending online.

The video has amassed over 4,387 likes on Twitter where it was shared, with some hailing it as the most beautiful wedding entrance they have ever seen.

It was the groom that started the crying and then the bridal train followed suit....it was a such an emotional moment.

This is the most beautiful wedding entrance I've seen. God bless them both https://t.co/zlXTc69w27

A 27-year-old notorious bank robbery suspect, Ikadoi Isere, alias White
Witch, who was arrested recently by operative of the Inspector- General
of Police Special Intelligence Response Team, IRT, stunned Crime Alert
during an exclusive interview by disclosing that he was appointed a Special Adviser to Bayelsa State Governor, Seriake Dickson, on Oil and Gas matters, prior to his arrest.

Read his shocking confession as reported by Vanguard below:

A
native of Nambe Local Government Area of Bayelsa State, the suspect was
arrested alongside two others; Daniel Gogo, aka Full-Payment and
Ifeanyi Kalu. They were accused of participating in no fewer than 15
bank and bullion van...
Click to Continue Reading
News 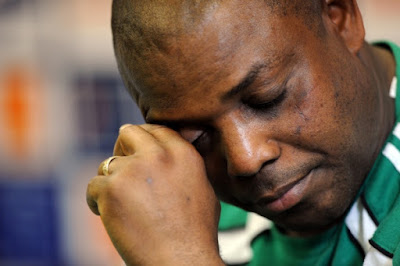 New reports have emerged that the true cause of Stephen Keshi’s death hasn't been ascertained.

According, to his family member, Rickey Aburime, a toxicological autopsy will determine the actual cause of the ex-Super Eagles coach’s death.


Keshi died at Faith Mediplex hospital in Benin, Edo State, where he was rushed to at about 11:30pm on Tuesday.

Rickey warned against speculation about the cause of Keshi’s death and debunked media reports that Keshi died of heart attack.

He said Keshi was meeting some friends and family members at his Benin City resident when he suddenly fell sick.

According to Aburime, it took less than 15 minutes to rush the ex-Super Eagles captain to the hospital after the crisis started but was already dead by the...

Everyone was in tears | This is the most beautiful wedding entrance ever!
FG Begins Recruitment Of 500,000 Unemployed Graduates
To Top