BBNaija ex housemate, Leo reveals why he is keeping his virginity till he gets married

Dear kfbers, Thank God Its Friday! We trust you had a great today!
Just before you go to bed, here are the major political and crime stories you missed today 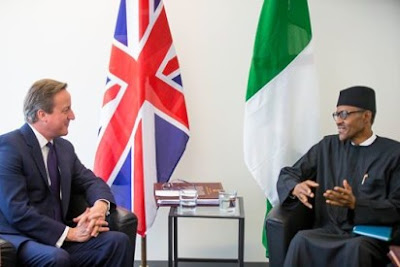 President Buhari hails UK Prime Minister, David Cameron over resignation
President Buhari has said he regrets the resignation of British Prime Minister David Cameron, which will come into effect in October.
In a statement released by his Senior Special Assistant on Media and Publicity, Shehu Garba, President Buhari said Nigeria has enjoyed remarkable goodwill, support and understanding under the capable leadership of the outgoing Prime Minister over the years.
The President said Cameron’s resignation in response to the outcome of a referendum that supported Britain to leave the European Union “was a demonstration of courage by a democratic leader who respects the will of the people, even if he didn’t agree with their decision.”
President Buhari noted that by ‘‘putting the will of the people before his political future, the Prime Minister proved himself to be a selfless leader with respect for democracy and voter sovereignty.’’
The President expressed hope that Nigeria looks forward to greater cooperation and consolidation of shared interests with Britain, despite the outcome of the referendum. 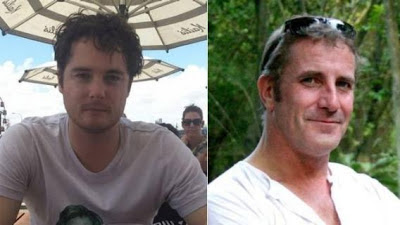 3 Australians kidnapped by gunmen in Calabar
In Akpabuyo district near Calabar, the Cross River state capital on Wednesday, June 22 gunmen shot dead a Nigerian driver and kidnapped three Australians, a New Zealander, two Nigerians, and a South African from a worksite in Calabar.
The workers are employed by Perth-based mining and engineering company Macmahon Holdings.
The expatriate contractors according to sources were driving in a convoy of 4 vehicles with the kidnapped persons in one of the two SUVs in the convoy along with two Hilux vehicles.
The hoodlums who were said to number up to 30 were also said to be heavily armed and battle ready prompting the security personnel attached to the expatriates to scamper for safety.

Six killed in renewed herdsmen attack in Benue
Six people have been killed after herdsmen attacked Tse Gbangu village in Logo Local Government Area of Benue State yesterday night June 23rd. According to Benue.com.ng, the herdsmen said to be from Nassarawa state, ambushed the victims along Akwana-Wukari, slaughtered them and burnt their vehicle.
Residents of the village say they had given the police prior notice that hundreds of herdsmen from Nassarawa State had crossed River Benue at Kwatan Ugbu near Tunga village into Benue state, preparatory to the attack, but the police did not act the information. This attack comes a week after some herdsmen attacked three communities in the state, killing over 26 people.

Ekiti workers suspend strike, sign MoU with govt
Civil servants in Ekiti State have suspended their 30-day-old strike after labour leaders signed an agreement with the state government.
The labour leaders and the government signed the agreement at a meeting on Friday.
Seven resolutions were adopted at the meeting, including that no worker or representative of labour would be punished or victimised as a result of the strike.
The Secretary to the Government, Modupe Alade; the Head of Service, Gbenga Faseluka; and the Chief of Staff, Dipo Anisulowo, were representatives of the government at the meeting.
On the side of the labour were the Chairman, Joint Negotiating Council, Oladipo Johnson; the state Chairman of the Nigeria Labour Congress, Ade Adesanmi; and state Chairman of the Trade Union Congress, Odunayo Adesoye.
A copy of the memorandum of understanding made available to journalists in Ado Ekiti indicated that the parties agreed that the state government would within seven days conclude its request with commercial banks to restructure personal loans granted public servants with a view to giving them relief from loan repayment.
Under the agreement, the government is expected to pay two months’ salaries with that of January 2016 to be paid immediately after the suspension of the strike.
Provision is expected to be made for payment of the February 2016 salary as soon as the Budget Support Fund is available.

Pay our 14 months’ salary arrears, lepers tell Amosun
Lepers in Ogun state have asked the state government to pay their 14 months arrears of their N10, 000 monthly stipends.
The lepers who are inmates the State’s Lepers Colony, Iberekodo, complained that four of their members had died because of hunger while others are suffering from one illness or the other.
The Coordinator of the State’s Lepers Colony, Iberekodo,  Mr. Jimoh Ahmed  told reporters that the State government had promised  to address their situation four months ago through the Ministry of Health but rued that  till date,  no positive response from them.
He said though the Colony has a standing order that nobody among them should go outside and beg but due to hunger some of them had to defied the order and beg on the streets to feed themselves.
Jimoh who had earlier on Friday stormed the Oke – Mosan Governor’s Office along with his colleagues to protest the government’s insensitivity to their plights, alleged that the Secretary to the State Government (SSG), Mr. Taiwo Adeoluwa had promised to take action some months back.
He stated that out of the 67 of them, many do not have money to feed themselves let alone buying medicines for their sundry health challenges.
“We are here to make a peaceful protest on our unpaid 14 months stipend. We are still sitting and waiting for the government to answer us. Many don’t have money to eat. Many are sick and no money to buy drugs.”
“Some of us are aged and have no power to do anything.  We only depend on the stipend,” Jimoh said.

Military retires 464 soldiers
The Nigerian military Friday retired 464 personnel from active service.
The soldiers comprising 449 from the Nigerian Army (NA), two from the Nigerian Navy (NN) and 13 from the Nigerian Air Force were hosted to a passing out ceremony held at the Nigerian Armed Forces Resettlement Centre (NAFRC) in Oshodi, Lagos.
In his farewell remarks to the personnel, Defence Minister, Brig.-Gen. Mohammed Dan-Ali (rtd) urged them to collaborate with their colleagues still in service to contain militancy across the country.
Dan-Ali who was represented by the Director Army, Ministry of Defence, Mrs. Iro Ikenga also urged them to put to good use, the skills they have acquired in the six months they have undergone trainings at NAFRC.
He said: “You all know that the issue of security of our country in recent times is at its critical stage, as the military is now contending with insurgents in the North-east.
“As retiring members of the armed forces, a lot is still required of you wherever you find yourselves in the aspect of collaborations with serving members of the Armed Forces.
“You might also be required to collaborate with other security agencies of our father land to completely eradicate this threat of insurgency. And other criminal activities in our society.”

Don’t lose hope, Kumuyi tells Nigerians
The General Superintendent, GS, Deeper Life Bible Church, Pastor William Kumuyi, on Friday, expressed optimism that things will turnaround for good in Nigeria very soon. Kumuyi Kumuyi spoke at a press conference held at the Nnamdi Azikiwe International Airport, Abuja, in view of the crusade christened ‘Night of Extraordinary Wonders’ to hold on Sunday June 26, 2016, at the National Stadium, Abuja, being organised by the Deeper Life Bible Church. He said: “I do not think we (Nigerians) should lose hope, there is God in heaven who answer prayers, there is Jesus Christ our Lord and Saviour who wants the best for everyone of us; and there are some of us who are praying and we believe that God answers prayers and so we are not going to lose hope in our country, things are going to turn around.” The GS assured people in the Federal Capital Territory, FCT, about God’s mighty visitation and touch upon their life during the one-day crusade. “There would be great wonders during this crusade and that is why we tagged it ‘Night of Extraordinary Wonders’. It will bring blessings to the people of the Federal Capital Territory and the country at large”, he stated.

Kwankwaso bails 170 prison inmates in Kano
Former Governor of Kano State and Senator representing Kano Central senatorial district, Senator Rabi’u Kwankwaso on Friday, secured the release of 170 inmates from various prisons in Kano after paying their fines.
The News Agency of Nigeria (NAN) reports that the fines were paid by Kwankwasiyya Development Foundation, an NGO, seeking to promote good governance and transparency in the country. Kwankwaso Speaking shortly after the release of the inmates in Kano today, the former commissioner of Justice in the state, Alhaji Maliki Kuliya, said the gesture was in the spirit of the month of Ramadan.
He said the foundation had also secured release of another 41 inmates in Zamfara, Kaduna and Kebbi states after paying their fines.
According to him, the foundation had also concluded arrangements to pay the fines of another 107 inmates in Katsina and Jigawa states. He called on the beneficiaries to be of good conduct after reuniting with their respective families and avoid anything that would lead to their return to prison.

Post-UTME Screening: We are yet to decide, says UNILAG VC
The University of Lagos, Akoka, on Friday said it had not made any pronouncement concerning the mode of screening it would employ for placement of candidates seeking admission in the 2016/2017 academic session.
The Vice-Chancellor of the University, Prof. Rahamon Bello, said this in an interview with the News Agency of Nigeria (NAN) on Friday in Lagos.
NAN reports that the VC spoke against the backdrop of rumours that the institution had announced the release of cut off marks and the mode for its screening process. According to Bello, such information concerning the screening mode and guideline for admission of candidates did not originate from the university.
“We have been hearing all sorts of stories concerning the method of screening we will be using for this year’s admission. “This information is not coming from the university and so the candidates should be careful not to fall prey to these rumour mills. “It is really surprising to us because we are yet to commence the 2016/2017 admission exercise, and consequently have not released any cut off marks or Post-UTME screening advertisement. “We are yet to conclude because government has asked us to stay action and wait for a guideline before deciding on the mode of screening, but definitely there will be screening,’’ he said.