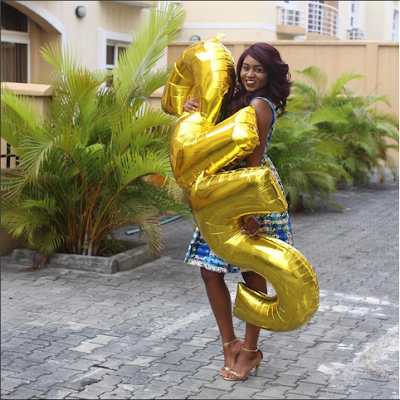 25 year old Antoinette Igebu, an unapologetic Christian, Engineer, Consultant and Writer recently got engaged to the man of her dreams.

She is the C.E.O of Tonie’s Mane – a burgeoning Wigs & Hair
Extensions brand. She is also the Founder of The Esther Legacy – an
upcoming organization that promotes building teenagers and young adults
into purposeful  women who recognize Jesus Christ as their Lord and
King.

Read her story below:

Service today was super amazing! The message of God’s Grace is always so refreshing! Which brings me to today’s caption. Epistle tiiime, blessing time! ? 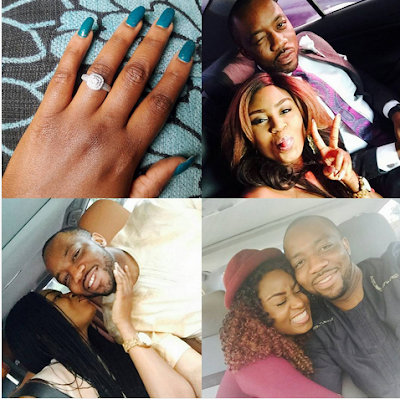 7 months ago, I appeared on @capt_sparks instagram “Explore” page (Just incase you didn’t get the memo, instagram is the new facebook and no.1 hookup social media platform ?) by God’s divine intervention. Yes, because I honestly believe our meeting was destined to happen. After stalking my page (he’ll never admit he stalked though ?), he found out we had a mutual friend @optixbaba and proceeded to make inquiries about me and also ask for my contact details. This is where divine intervention was working for us again because Big Daddy knows how I’d have reacted if he had just DM’ed me ?? 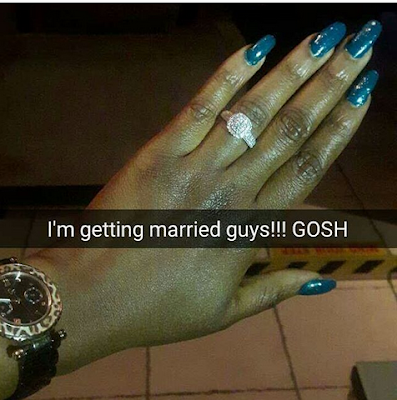 Chris didn’t waste time to make his intentions clear on our first date and I recall laughing at his boldness (which attracted me to him more). Fast forward to 3 weeks after our first date, he asked me to be his girlfriend and I said YES. Yes because I wasn’t just sure, I was convicted. That this was the man I waited for four years to find me. The one who would not just love, respect (my purity) and cover me but also present me to God without blemish! My husband. Yesterday, I said YES. Again. This time to being his wife. His partner. His help meet. It’s all so surreal! I had been told that my standards were too high and that’s why I was single for so long. Some even made jokes that maybe Jesus Christ himself would come and be the spouse I was waiting for. Lol! In a funny way, their words came to pass. God didn’t have to send Jesus Christ again (He already did) but He sent me my very own (Christ)opher ? #CheesyIsMyMiddleName?

I love you and I appreciate you @capt_sparks. You make me so happy and I love how you love me – flaws and all. We may not be perfect people but we’re perfect for each other because God is working in us both and I trust that He’ll continue to perfect us. Like you always say, “God’s got us”. I really can’t wait to do life with you, My Captain ❤?? #TheQueenAndTheCaptain #BecomingMrsOguta #HeHasGivenMeLicenseToPissYa

Today,
I’ll be talking about something that has been on my heart for a while
now. It has been and still is a very sensitive and controversial topic;
in the church, on social media and in society at large – premarital sex.
It is so controversial that even Christians sometimes don’t like to
talk about it. We would rather “mind our business” because we don’t want
to offend anyone or for fear of being tagged as “judgemental”. We would
rather accommodate every opinion and belief, refusing to hold ourselves
and those around us to any standards, all in the name of love and
acceptance. But is that really love? I have asked myself this question a
couple of times. (Post for another day). And I have been guilty of
this. Holding out what my heart feels strongly to speak about because I
was skeptical about opinions. But 2 Timothy 1:7 lets me know that God
has not given me a spirit of fear (a timid spirit) but of power, love
and a sound mind. I will try my very best to talk about this in the way
that I feel led to and be practical/real as possible.
So, premarital
sex. Is it wrong? If yes, why is it wrong? What exactly is considered
premarital sex and what is (sexual) purity? Are there boundaries? Is it
even possible or normal to wait till marriage before having sex? And no,
this post isn’t just for the females out there. It applies to guys too.
Let’s get down to it.
Society tells
us that, in this day and age, it is completely ridiculous and out of
place to expect people to wait until marriage before having sex for the
first time. The message is that if someone does this, that person is
“ancient”, a wuss or better still a loser. In Naija lingo, na “dead
guy/babe”. But losing out on what exactly? 5 minutes of passion? Dead to
what? His/her flesh? The (not so) shocking thing is that, this has been
making rounds not just in the world but around Christian circles as
well. Because we believe God loves us and Jesus did all the work on the
cross of Calvary so no matter what we do, God forgives us. We believe
our part is to enjoy salvation, not bother with “old -school
traditions”, discipline, self-control and “work” because we live in a
dispensation of GRACE. While this is PARTLY true, I think it calls to
question our authenticity as true believers if we choose to abuse the beautiful gift of Grace that God has given us through Jesus Christ.

Isn’t our life before Christ and our life after Christ supposed to be different? And this is not
about appearing pious on Sundays. I’m talking about being the church
every single day of the week. Monday through Saturday. God extends His
Grace to us not so that we can go on doing as we please but so that as
He grows in us and we become more
like Him, we can also be a light unto the world. He is not a sugar daddy
that we expect to just dish out blessings whenever we please. He has
expectations of us. He is Holy and His Grace calls us to a life of
obedience.

James 1:22-25 tells us “But be doers of the word, and not
hearers only, deceiving yourselves. For if anyone is a hearer of the
word and not a doer, he is like a man observing his natural face in a
mirror; for he observes himself, goes away, and immediately forgets what
kind of man he was. But he who looks into the perfect law of liberty
and continues in it, and is not a forgetful hearer but a doer of the
work, this one will be blessed in what he does.”

As true Christians, the world needs us.
(Romans 8:19). It might hate the way we live. But it needs us. We are
the salt of the earth, the light of the world. And our lifestyle
preaches louder than the things we say.
Waiting to have sex till you get married is NOT abnormal
Let me start by
saying this. Even if you’ve had sex before but you’re now walking in
purity and in the fullness and knowledge of God (celibacy), it’s just as
if it never happened.

“Therefore, if anyone is in Christ, he is a new creation; old things have passed away; behold, all things have become new.”
‭‭II Corinthians‬ ‭5:17‬ ‭NKJV‬‬

“As far as the east is from the west, So far has He removed our transgressions from us.”
‭‭Psalms‬ ‭103:12‬ ‭NKJV‬‬

The photographer and his muse! Moments from Mayowa and Olamide’s wedding…