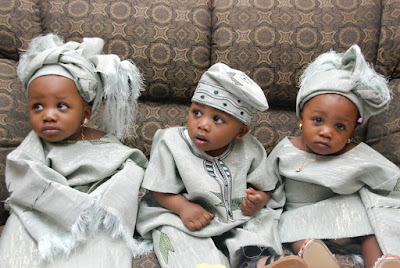 To Dr. Dayo Olagunju and Mrs. Kehinde Temidola
Olagunju, love conquers the most unpleasant situation.They got married on August 8, 1992. They had their
babies 17 years after.
See excerpts from their chat with Journalist Kemi Ashefon below: 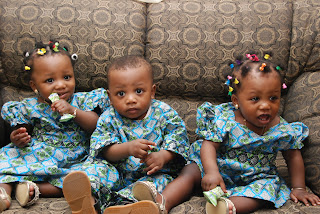 Kehinde said, “I thought I was the only one God has
refused to answer because I got married same day with my twin sister who had
her children. I cried, I prayed, I did all I knew to do medically and
spiritually but nothing was forthcoming.” 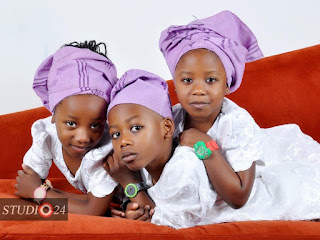 Born August 9, 1957 to a royal family, Dr Olagunju added
that: “We believed in God but I was not stampeded. Whenever anyone asked after
my wife, I replied that, ‘God is in control’ because she was never barren. She
had her first pregnancy in 1996 when we were in Sagamu but lost it.  After this, we had a prayer meeting for seven
days and I believed God has done it. After that, I was not bothered again and
if there was a call for those looking for children, I never stood up.”
Kehinde reminisced that: “I was always having
miscarriages and had like four corrective surgeries, among which was that of
fibroid. There was a year I was pregnant and ran to the United Kingdom, so that
I would not be under any stress but I still lost the baby. In fact, I took the fetus
in my hand and was hysterical. I screamed and asked if I was the only person in
the world. Later, I was sedated and this was followed by many tears when I woke
up.  “Really, there were times I gave up
and concluded that I would never have children of my own. There was a time I
told my husband to get another wife but he just walked away without any answer.
Ironically, after a day or two, I would go back to God and tell Him that I was
not ready to let go. I would say if this was the last thing I would do on
earth, I must have my children.”
Her husband said, “Whenever she was in such moods I
didn’t mind her, neither did I show any anxiety and she even asked if I had a
child somewhere, what with my behaviour. Though it occurred to me that I could
end up not having kids, I made her realise that as an educationist, I have many
children and would always make an impact in their lives. I would not deny some
suggestions but I never heeded because marrying a second wife was not the
answer.  I never wanted any woman except
my wife to have my babies. We were two in this travail and getting another wife
was out of it. Maybe if we had not been delayed, our marriage would have been
dissolved. Maybe it was God’s way of solidifying our union.” 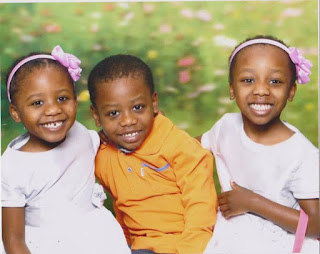 The triplets—a boy and two girls—were christened
after their parents’ challenge. The boy, who came first, is called Oluwawamiri
(God has found me) the second, a girl is called Oluwadara (God wrought wonders)
while the last is Oluwaseyitan (God did this). The babies came through assisted reproductive
technology such as the InVitro Fertilization.
Kehinde
explained that: “I had some fertility treatments and even assisted reproduction
but all failed. It was the last one, which my doctor forced me to have that God
approved. After the treatment, I thought the pregnancy test would be negative
as usual but it was positive. Again, I was awaiting my ‘after-three-month’
miscarriage. I took ill for a while and was admitted at the hospital. Everyone thought
it was malaria. On my part, I was always going to the ladies to check my
underwear for blood but none came. Then, the fourth month, the fifth, sixth and
then the 34th week when the babies came. Indeed, God is faithful.” 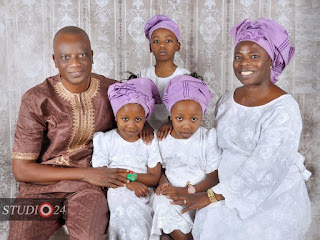 Their joy knew no end. The happy father said. “She
had the babies in Canada.  When she
called me that she had been delivered of them, I didn’t know what to say, I
just started making calls and sending text messages to friends and family
members that Kenny has been delivered of a set of triplet.”
The mother said. “I looked at them in the incubator
(they came 34 weeks and five days before the Expected Delivery Date) I now
realised that these are truly mine and I started crying. All the white doctors
and nurses, who performed the Caesarian Section, must have been moved by my
tears because they all cried too. I was happy. I had to start thanking God, who
intervened on my case. My twin sister’s first-born was already an undergraduate
in the university when I had my triplets. I had passed my 45th
birthday.” 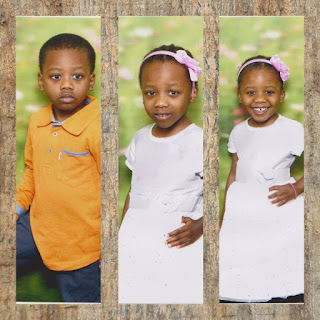 The enthusiastic father said, “We were
suddenly transformed into celebrities. Religionists and traditionalists who had
believed, before that time, that my decision not to submit to any human agents
as having power to speak to God on our behalf were suddenly converted to using
our story to encourage their congregations. Many Christian publications culled
our story from newspapers under their testimony column without permission. Even
those who had used the late delivery of babies to humiliate my wife were some
of the earliest to change her name overnight; she immediately became “ìyá
Èta.” 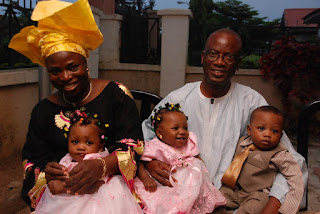 #KFB Only God Could Have Done This! I was due for delivery in July, spent an extra one month in Church and won the battle in a dream...

#KFB Only God Could Have Done This! The devil struck after a vigil with God

Only God could have done this! As at the weekend to my wedding, I was BROKE

Only God could have done this! The pot was burning, my son was sleeping!

Only God could have done this! My husband left me with four young children and went to live with another woman with five children

KFB Only God Could Have Done This! Every man that tried to marry me ended up dying mysteriously…

#KFB Only God Could Have Done This! I was urinating blood

Only God could have done this! Deliverance from a serious ailment

#KFB Only God Could Have Done This! I lost my mum and things turned around