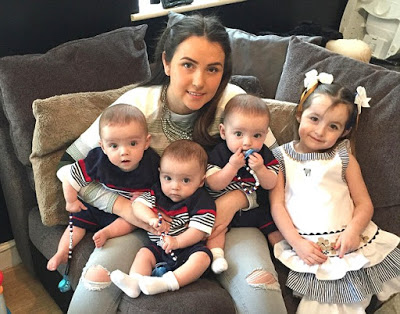 23-year-old mother Becki-Jo Allen was shocked when she was told she was expecting triplets.

Now thriving at home after spending six weeks in intensive care, little
Roman, Rocco and Rohan had another surprise in store for their mum.
After being told how similar her triplets looked by other mothers, Becki
sent off samples of DNA to be tested – and she has now been told that
against odds of up to an incredible 200 million to one, the naturally
conceived trio are identical.

Fortunately for their 23-year-old
mother, tell-tale features plus the ten-month-old triplets’ emerging
personalities mean she for one has no trouble telling them apart. 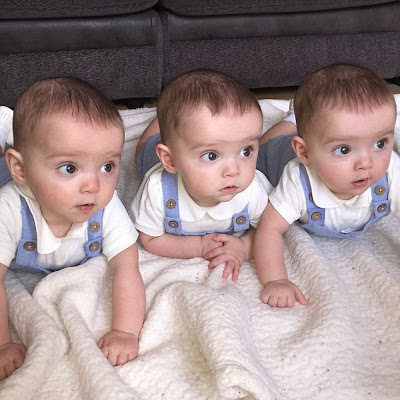 ‘When they were newborns it was quite hard to tell which one was which,
but I never got them mixed up myself,’ she said yesterday.

‘They’ve all got dark birthmarks between their eyebrows, but Roman’s is
slightly darker than the others’, and Rohan has got a birthmark on his
leg as well.

‘When they were in the hospital, the doctors said
they were non-identical, but since they came home lots of people have
said they can’t tell them apart.’ 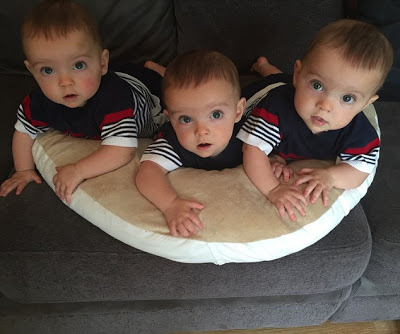 According to the Multiple Births Foundation, the only way to establish
for certain whether twins or triplets are identical – known as zygosity
determination – is usually DNA testing.

After consulting them,
Miss Allen took cheek swabs from Roman, Rocco and Rohan and sent them
off to a laboratory to be analysed – and earlier this month received the
news that they are genetically identical. 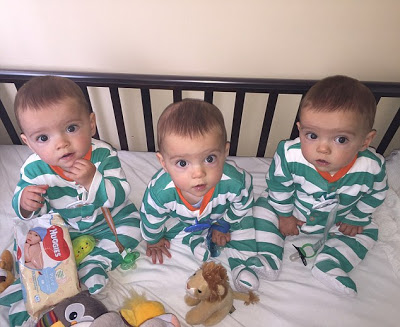 These cute babies are the youngest of what is thought to be only a
handful of naturally conceived sets of identical triplets in the UK. 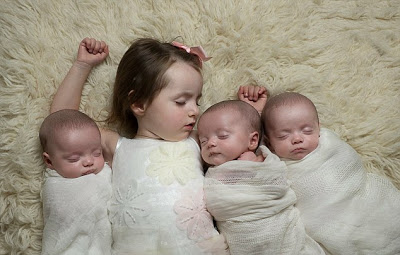 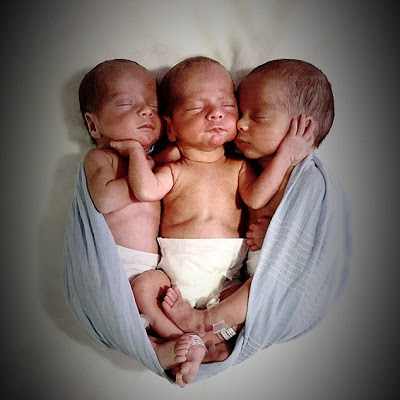 Reuben Abati ties the knot with wife for a second time