Olawumi Otedola
Olawumi Otedola, the oldest daughter of Nigerian oil magnate, Femi
Otedola was a year older yesterday and celebrated with her family
members in London.


Her kid sisters- fashionista Temi and DJ Cuppy, threw their big
sister a surprise birthday party which was attended by their parents,
Femi and Nana Otedola.

No Sallah celebrations in Buhari's hometown, here's why

DJ Cuppy and Temi took time out to share some photos from the
planning of the surprise birthday party to the intimate event itself on
social media.
DJ Cuppy on her Instagram page wrote:

“Flew Into London Just In Time! Happy Birthday To My Sister @Olawoomi We LOVE You! #FamilyFirst #Sisters #TaurasSeason”

Olawumi Otedola who turned 30 years yesterday is also in the music
industry alongside her younger sister, DJ Cuppy. Ola is a soul singer
and has released a couple of songs as well. She released her first song
titled ‘Don’t Break My Heart’ in 2014. 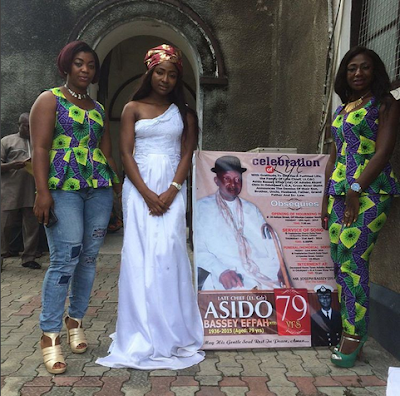 Belinda Effah's 79 year old dad, Bassey Effah who died recently has now been laid to rest.
He was buried today in his hometown.
In an interview with Kemi Filani months ago, the actress cum single mum of one described her dad a No-nonsense man.
"My dad was a military man, it was just a happy family. I pretty much had
everything I wanted but we weren’t allowed to do Boys. I couldn’t even
venture into that zone, I wasn’t into boys until after Secondary School,
I couldn’t express myself with Boys back then due to my growing up
principle."
Now see photos and videos from the burial below: 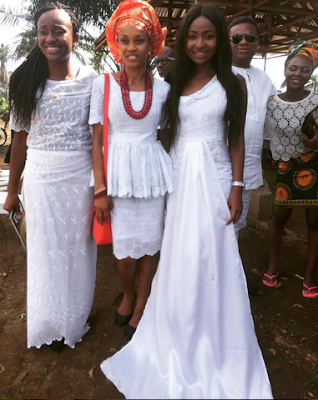 Marital crisis: Mide Funmi-Martins addresses reports that she cheated on her husband 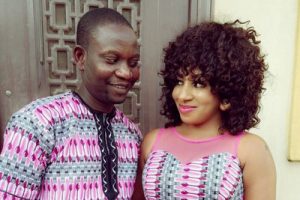 Earlier this week, news broke out that Mide Martins' husband moved out of their home because she slept with a friend of his...blah, blah!

Well, the actress has now responded via this interview with Encomium below:


As an actress, how do you feel about the whole thing?

All those times they said we had separated in the past, it wasn’t
true at all. There wasn’t anything of such at all. We have never been
separated before since we got married. This is the first time it’s
happening for real.

But why is it that it’s always on account of infidelity and it’s always directed to you?
You also know that people like judging others by their appearances or
looks which in reality,...

Beyonce needs to see this!

Truly, we should never judge a book by it's cover...wow!