PDP fires back at Fashola over comments on 2023 election

A federal high court in Abuja, has revoked the bail granted Faisal Maina, the son of Abdulrasheed Maina, who is standing trial for alleged...
Read more
Headlines

Members of the United Kingdom Parliament on Monday took turns to criticize President Muhammadu Buhari's government, for the attack and intimidation of protesters who...
Read more
News

African tourists to start paying a bond of N5.7m before being granted U.S visa 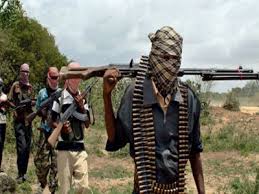 Unknown gunmen on Monday night abducted no fewer than three students of the Babington Macaulay Junior Seminary in Ikorodu area of Lagos State.
The gunmen stormed the school located at Agunfoye-Lugbusi village, owned by the Anglican Communion, Lagos Diocese around 8pm on Monday and took three female students along with them. The spokesperson of the Lagos State Police Command, Dolapo Badmus confirmed the incident, adding that detectives have swung into action to secure the release of the girls.