CKN obtained the pictures of Yewande Fatoki, wearing a Kaftan, when she was brought by the police to the house where she stabbed her husband, Lowo, to death, for an on-the-spot assessment of the crime scene, today in Ibadan.
According to CKN, from her posture she doesn’t look like someone whose shoulders were dislocated as being speculated. Also, those around the scene said she did not show any emotion for her deeds.

Read this new report on how she killed her husband…

on Tuesday morning by his wife, Yewande Ayediran (nee Fatoki) at their

home in Akobo estate, Ibadan after a domestic dispute.

According to reports, Yewande, a lawyer and a staff of Directorate of
Public Prosecution at the Ministry of Justice, Ibadan, is also the
daughter of one Honorable Fatoki and had been married to Ayediran for three years without a child. On Monday night, she heard her husband had a son outside wedlock.
When the dispute between the couples started that night, Yewande
had earlier stabbed Ayediran on his shoulder; the landlord had
interfered and had settled the dispute and Ayediran had been taken to
the hospital where his wound was stitched. Thereafter, he went home to sleep.

However, at the early hours of Tuesday morning while he was still sleeping due to the effect of the drugs he had taken, his wife again reportedly slaughtered him and locked the door refusing to call for help and ignoring his weak plea for help.
After a while, reports say his aggrieved wife called on the Landlady
who upon response saw him in the pool of his own blood. He died few
minutes later.

Ayediran’s corpse has been deposited at the mortuary.

Nigerian girl gets global recognition with her “Hijab chick Barbie”

Hannefah Adam, schooling in the UK is now a celeb overnight, all thanks to her dolls nicknamed "Hijarbie" which has taken Instagram by storm.
The Barbie doll - who even has her own IG account ( @Hijarbie ) - was thought up by Hannefah when she went to study in the UK. This was because she noticed a lack of diverse toys for little girls and wanted to introduce a modest dress doll to the market. .
.
Hannefah, 24, a fashion designer, told Style Mic: "It got me thinking about how I'd actually like to see a doll dressed up like I would have - covered up." Hannefah makes all of Hijarbie's outfits herself. 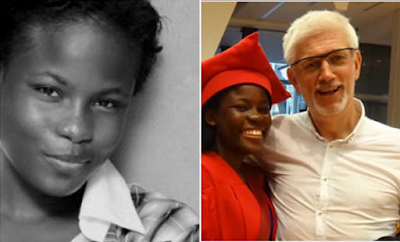 "Romola Adeola, 26, has set a record in being the youngest person to obtain a Doctor of Laws degree (LLD) in the 30-year history of the Centre for Human Rights.

.
Furthermore, she is only the 2nd youngest person to achieve this in the Faculty of Law, UP, since its establishment 107 years ago. She distinguished herself by completing the LLD in under 3 years. During her undergraduate years at Lagos State University (LASU), she was the Best Student in International Law. .
.
Romola’s relationship with the Centre for Human Rights began from her participation in the 2008 African Human Rights Moot... 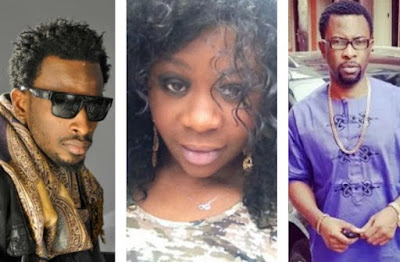 Nigerian rapper, Rugged man has publicly acknowledged 9ice‘s apology to him after he was wrongly accused of being responsible for the failure of the Indigenous singer’s marriage to Toni Payne.

The rapper on Thursday, released an open letter to the media, where
he accepted 9ice’s apology, while noting that it was a tad too late.

Read his open letter below:

In 2010 9ice released a song that made a lot of people wrongfully drag
me into a terrible situation. People who miscontrued the song and it
created a rumour.

A terrible false rumour that was fueled by journalists and bloggers who
were only after hits on their sites. Bloggers and journalists...
Click to Continue Reading