We have featured proposals that happened at restaurants, churches,
offices, beach, resort centers, and more but this is a first of its
kind.

He proposed on top of a rock!

Teju of Makeover by Teju got married on the 22nd of December, 2015 to her Prince Charming, Adeyinka.

Read their love and proposal story as narrated by the bride below:

One Thursday, in October 2013, we met in Church. As a chorister and
worker, we sort of know everyone’s face, but one weekly service I
reluctantly decided to go to church after work and then I noticed this
new guy starring hard, that kind of stare where you catch him and he
still does not move his eyes, I was like creepy.

After that, he went to
talk to his sister that he wanted a wife (he just got back from the UK).

His sister started showing him photos of single fine sisters in the
church and he saw mine and that was it. I have always asked women, how do
you know he is the one? And they are like, you will know don’t worry
and somehow I knew. My mum fell inlove with his food (he is an awesome
cook) and every weekend was one delicacy or the other for my family)
infact, they all fell (even my siblings) for it.

Things soon got serious between us and when February 14, 2015 came, I
was already thinking he will propose but oops nothing happened. Days
later, on the 22nd of February 2014, he said let’s go to Olumo rock. I
am not the adventurous type but i agreed.

After we climbed to the peak of the rock, he knelt and proposed
saying Olumo means God has molded it and this love i have built is on
solid rock.

Of course, I didn’t say no. 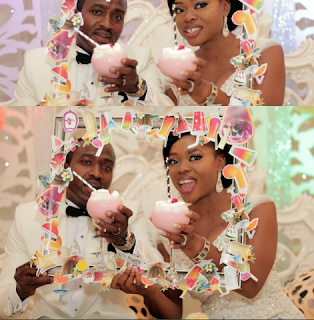 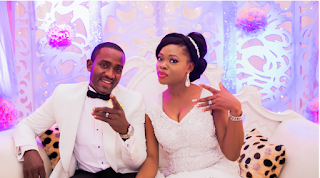 Would you like to feature your wedding on our True Love Series too? Then shoot us a mail at [email protected] 🙂

Two girls saved from prostitution in Ghana narrate their ordeal

The photographer and his muse! Moments from Mayowa and Olamide’s wedding…