Tragedy
struck on Sunday on the Lagos-Abeokuta Expressway after a pregnant woman
died in a car accident which happened at the Ikeja Along bus stop.
The
deceased’s husband, identified as Femi Ajayi, and their five-year-old
daughter, Darasimi Ajayi, were said to have sustained injuries in the
crash which occurred around 10pm.
PUNCH Metro
learnt that Femi was in a Nissan Pathfinder with his family inward
Oshodi when a CRV car rammed into his vehicle and made him lose control.
While the driver of the CRV sped off, the family’s car was said to have skidded off the road and rammed into a 48-seater Tata bus on the other side of the road.
Our
correspondent learnt that the pregnant woman, whose name had yet to be
ascertained, died on the spot and her corpse was taken to the morgue in
the Lagos State University Teaching Hospital, Ikeja.
An
eyewitness, Yusuf Tiamiyu, said the accident was caused by the CRV
driver, whom he said was driving on top speed. Tiamiyu, who is a
commercial driver, added that people were reluctant to assist the
victims for fear of being implicated by the police.
He said,
“The CRV driver was speeding. He did not stop after hitting the jeep,
which lost control and somersaulted to the other side of the road where a Tata bus was. The whole thing happened very fast and the woman died instantly.
“Everybody
was afraid to assist them until emergency agencies came. What really
pained me is the death of the woman because she was pregnant.”
Another
eyewitness, Olaitan Aderemi, said the woman hit her head against the
dashboard adding that her husband and the daughter escaped with minor
injuries.
“The woman
was sitting on the front seat while the child was at the back. I have a
feeling that she did not use the seat belt because she hit her head
against the dashboard. Her daughter and husband only sustained minor
injuries,” he said.
The
General Manager, Lagos State Emergency Management Agency, Mr. Michael
Akindele, said policemen from the state traffic division and officials
of the Federal Road Safety Corps also responded to the incident.
Akindele
said, “An alert was received by the agency at about 10.30pm that a
Nissan Pathfinder with number plate, KSF 876 DQ, skidded off its normal
route and collided with a Tata bus marked, Lagos AKD 21 XC, on the other
side of the road.
“Unfortunately
a young woman died instantly while the husband and their five-year-old
girl survived with minor injuries and were moved to LASUTH for
treatment.”
The FRSC Ikeja Unit Commander, Mr. Wale Odekunle, equally confirmed the incident saying “the pregnant woman died instantly.”
EPL: Ramsey set to rival Ronaldo at Juventus,

1 Then came certain of the elders of Israel unto me, and sat before me.

2 And the word of the LORD came unto me, saying,

3 Son of man, these men have set up their idols in their heart, and put the stumbling block of their iniquity before their face: should I be enquired of at all by them?

4 Therefore speak unto them, and say unto them, Thus saith the Lord GOD; Every man of the house of Israel that setteth up his idols in his heart, and putteth the stumbling block of his iniquity before his face,...

This UNIPORT student was killed by Police van driving one-way

Edah Oghenekevwe Richard, a Mechanical Engineering student of University of Port Harcourt, Rivers State, yesterday lost his life last night after being allegedly knocked down by a Police van driving one-way.
Richard, whose birthday was yesterday, was on his way back from Church and was standing along Assemblies of God Church junction in Alakahia, PH, when the sad event took place. He was allegedly hit by a Police Van with registration number NPF 1791D driven by one Inspector John Kanu.

A source privy of the incident revealed that: "The police van after hitting the boy, tried to drive off but were stopped by onlookers at the junction and eyewitnesses who demanded that the victim be taken to the hospital.

The police agreed and took him to the University of Portharcourt Teaching Hospital (UPTH), but on reaching there, they allegedly told the attending nurses that they just picked... 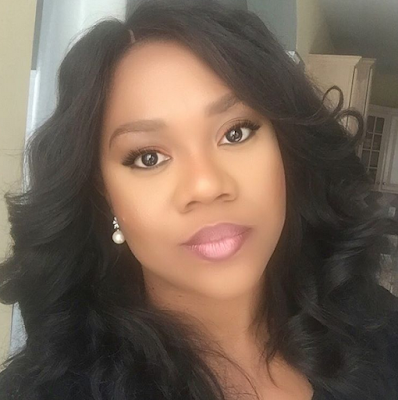 Stella Damasus has just taken to her instagram page to defend Steve Harvey
following his slip-up at the Miss Universe pageant last night.The
comedian and TV host announced Miss Colombia as the winner only to later
realize his mistake and announce Miss Philippines as the rightful
winner, prompting officials to remove the crown from Miss Colombia and
place on Miss Philippine's head.


An action that has earned him lots of backlash from peeps all over the world.
Click to Continue Reading