Prof. Foluke Ogunleye, 53, the Head of Department (HoD) of Dramatic Arts of the Obafemi Awolowo University, Ile-Ife, from 2006 to 2009, died in a ghastly motor accident on Boxing Day, along Lagos-Ibadan Expressway while travelling to Lagos.

She was the elder sister to Femi Adesina, Pres. Buhari’s special adviser on media and publicity.

She was reputed for writing the plays: ‘Nest in a Cage’ and ‘Jabulilee.’

Until her demise, she was also the executive director of Ife International Film Festival of OAU.

May God grant her family the fortitude to bear the loss.

This Vulcaniser led a 30-man gang to rob his neighbour 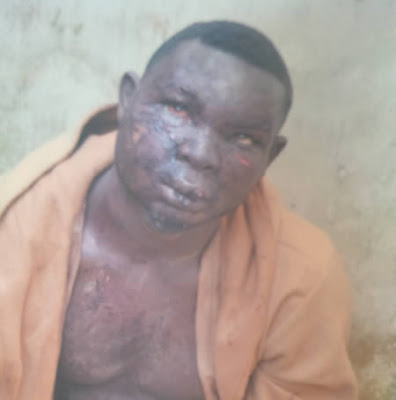 This thirty-two-year-old vulcaniser, Jelili Dimeji (pictured above), recently led a 30-man gang to rob his neighbour,
Oladipupo Audu, of property valued at N1,750,000 in Isheri Osun, in the Ijegun area of
Lagos.

Punch newspaper reports that Audu and a friend were driving on Ijegun
Road when Dimeji and his gang member, who are still at large, waylaid
them.

They were said to have snatched Audu’s Toyota Camry, dispossessed him of
gold jewellery worth about N1,450,000 and a cash sum of N300,000. The
car was later recovered at a junction by policemen attached to the Rapid
Response Squad.

Audu told the police that the suspect cautioned his cohorts,...

Yesterday Dec. 28, Uche Jombo turned 35 years old and to celebrate the actress was thrown a little party by her husband Kenny Rodriguez.

The actress started her birthday with a no makeup selfie, thanking
God and her fans before sharing pics from her party which went down at
her sister in law’s home in New York. At the gathering which was
attended by family and friends her hubby serenaded his wife with a cover
of Michael Jackson’s Ribbon In The Sky.

The Calabar Carnival held hours ago and some of your favourite celebs like Peter Okoye, Iyanya, Ruth Kadiri, Ubi Franklin, Lilian Esoro, Francis Odega and loads of others graced the event.
See more photos below: