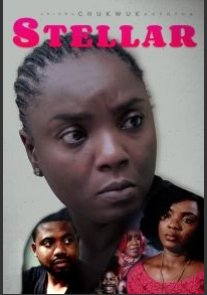 Oh my God..I can’t breathe, i just can’t get over this movie I have just watched, lol!

There are movies and there are MOVIES!

Guys, I don’t even have the right words to describe how awesome, Uduak Isong’s new movie ‘Stellar’ is.

When her husband leaves her with a child (Jemima Osunde), a passionate woman (Chioma Chukwuka)
is left destitute and in severe poverty. Her luck changes when she meets
a man (Okey Ozoechi) in the market. 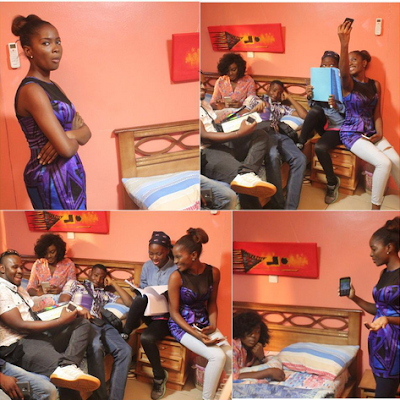 When you have a good story & awesome actors with
great chemistry, the result is an interesting &
entertaining movie.

Stellar got me laughing hard, i was teary eyed at some point, and then the story line was so real and relatable.

Thumbs up to Chioma Chukwua, the lead role, she never ceases to be amazing, she always
delivers.

The new girl Jemima,i love her! This is the first time i am seeing her in a movie but friends tell me she is an actress in the MTV Shuga series.

Remember when I praised Moyo Lawal in the movie ‘TRAPPED‘  she did a good job in this movie, although I didn’t exaclty like the red wig she had on in her first scene.

I love all the scenes involving Chioma and her daughter, the relationship between them was real.

Watching her tease her mum and vice versa was fun.

The scene where Chioma beat up a bus conductor had me laughing hard, i also loved the part where she was aksing for her N5 change at the super market…so many beautiful and hilarious scenes.

I just didn’t like the way the movie was rushed at the end, it was just 1:29 minutes. Uduak could have added more scenes to show us how Stella (Chioma Chukwuka) became a most sought after celebrity, and Moyo Lawal becoming remorseful for her nasty attitude.

I also wanted to see more romance between Okey and Chioma, they didn’t even kiss at all…durr. their chemistry was on point though!

Stellar is a huge encouragement to single mothers who due to one reason
or the other are left behind by their husbands. You can make it in life,
irrespective of the circumstances. You shouldn’t be discouraged because your husband left you for a younger rich woman, you can still become something great without any husband.

Well done Uduak Isong, you are my new favorite Director…Xoxo!

You can watch or download Stellar now on IROKO TV 🙂

KFB Movie! Omotola Ekeinde and Geneveive Nnaji deserve awards for their roles in Ije (The Journey)

Movie Review: ‘Trapped’ is the most beautiful movie i have seen this year

KFB Movie Review: Everything was fine till the movie ended ”Couple of Days”

KFB Movie: Should you or not watch Headgone – 2face Idibia, couldn’t save it

Caroline Danjuma’s ‘The Stalker’ is just a copy and paste version of two famous Hollywood movies!

KFB Movie Review: Kunle Afolayan’s “The Tribunal’ will blow you into a million pieces

KFB Movie! The chemistry between Omoni Oboli and Majid Michel in the “Brother’s keeper” movie was ‘crazy’

KFB Movie Review: I love Ramsey Nouah but did ‘Gbomo Gbomo Express’ do him justice?!