I was supposed to watch and review Nse Ikpe Etim’s ‘The Visit’ but this week i was so occupied, couldn’t visit the cinema, so i settled for Iroko TV and downloaded one of their latest 2015 movies (Trapped) and oh my, i am so glad!

Trapped is a  78 minutes movie with an enjoyable and amazing storyline. Everything, I mean everthing (from the cast, to the lightning, sound etc) was on point!!!

Mayhem ensues in an office when a concientious
employee is promoted to head of department over her more senior but less
respected colleague, who is determined to win back what she considers
to be her job.

A particular Head of Department (H.O.D) was tansferred to head another branch and as expected the most senoir staff (Moyo Lawal) was supposed to be appointed as the next H.O.D but a junior staff (Theresa Edem) was chosen instead. And to think that Moyo was already celebrating her new position only to be given the bad news.

She took it bad and then accepted her fate, only to take her revenge months later, lol.

First of all, i am not a fan of Moyo Lawal but she completely won me over with her acting in TRAPPED! I loved the way she kinda imitated the ‘Tosyn Bucknor’ voice in the movie.

She fit into the role perfectly.

This movie was a breath of fresh air, not the same regular faces we see in the movies, and then the story line was classic,
simple, neat with lots of lesson to learn (e.g Never mess with your company’s finances, people
should stop being wicked to their fellow human beings and more importantly God is always there, he is a miracle working God).

The chemistry between Theresa Edem and her hubby in the movie was on point, Keppy Ekpeyong the boss was so good and  i just can’t get over his VOICE!!!

It’s so hard to pinpoint errors in this movie cos it’s so damn good, from start to finish its a beautiful move. I did not want it to end… But i have to say to this, the major character carried just one hairstyle all through the movie, she could have used a wig or something at some other scenes.

Well done Mr. Odion Ohis Felix, for the
production. We need more of such
movies, that we can learn from .. movies that speak to us!

You can watch it now on IROKO TV. 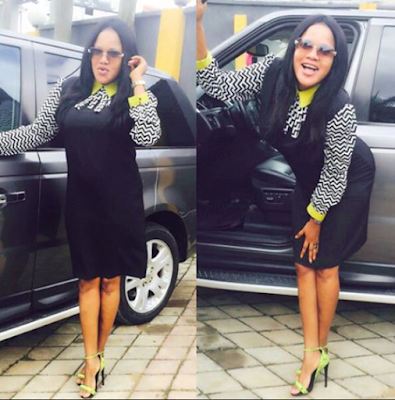 To those of you that are fond of attacking Toyin Aimakhu and criticizing her for not forgiving her husband, well this open letter she just pasted on her instagram page is for you.