Zahra Buhari recently had an interview at the presidential villa in a room called The Blue Room. See excerpts below:
So, how would you describe yourself?

That’s
a very difficult question. Whenever people ask me to describe myself, I
say I am just normal. I try to be nice; I am an easy going person.

I see that you and an ambassador for a charity organisation, how did that happen?

After
uni, I was trying to settle down and my mom would have meetings with
people. I was always interested in charity work. I kept saying that if
anyone needed my help, they could just let me know since I am not doing
much at the moment. And Kiki, who is the founder of ACE, gave my mom’s
friend a good presentation of what they do at ACE. So she said, “Oh
Zahra I have someone for you, she could just come and give you a
presentation too.” Right after the presentation, I was impressed so I
decided to volunteer for one of their outreaches and after that she
asked me to be their ambassador and I felt why not.

What are some of the things you spend time doing?
I
read a lot of different things and sometimes books that will help me
relate with people better because I have to interact with a lot more
people now

Who inspires you and what motivates you?
My
mom inspires me. Whenever she is ready to do something, (she is such a
fiery woman) she just gets up and gets it done and it is always for a
good cause. Even my interest in charity work, I know it’s something I
get from her. Since we were kids, she encouraged us to give to the less
privileged and we enjoyed doing that. And.. My motivation is our
position. We know that we are here to help Nigerians, it is not about us
and even way before getting into this position, the less privileged
have always been my motivation.

A while ago, a fake twitter
account was created to appear to be you and many people believed it was
you. The account made some controversial statements. How do you feel
about someone impersonating you online?

I don’t feel good at
all because the first question that comes to your mind is ‘why would
someone want to be me?’ And why would you want to taint someone’s image?
I knew many people would be tricked into thinking it was me, that
bothered me and when the fake controversial comments came out about me
talking about a president, I was hurt because this wasn’t an insult to
my family only, it was to the whole of Nigeria because it is just like
saying members of the first family don’t have a proper upbringing. Why
would I insult a president? Why would I insult any person in general?
It’s just not right. So I asked them to come up with that press release
because that was the only way it would get out to people as soon as
possible. That was not me and I wouldn’t do such a thing.

ML: How old are you now?

ZB: Are you sure you wanna know?

ML: I am sooo good at guessing ages!

In what way has your life changed since your father became president?
It
hasn’t changed so much, just that we are restricted from doing so many
thing because of security precautions and we see our dad less, that has
really changed! Changing where you live, that’s the biggest change.
Moving from a flat in Guildford and then moving out from our house in
Kaduna and Abuja then the way there are more people around that you’re
not familiar with. So, having to be more diplomatic about so many
things.

Sometimes when you are thrust into the spotlight, there
are some relationship changes. Some people pull back and just stick to
family.

Do you have the issue of having to deal with a lot of people trying to get closer to you?

It’s
actually very hard to get to me ‘cause I have been changing numbers so
people can’t really get me and the second thing is, not too many people
know me personally. The problem comes up once in a while, when people
now want to be closer to you but you just have to do what you have to
do.

Is there anything you want to say to young Nigerians today?

Yes! Find out what your passion is and go for it. You’re very elegant.

What are your tips on being a lady?
That’s
a tough one, I guess it is just part of me and it is not something that
I try to do. The first thing is- understanding that you’re a lady in
the first place would make you do certain things in certain ways. I
value tradition and when you’re a lady, you just have to present
yourself in a certain way. I really admire the way Queens and Princesses
are. I even watch Downton Abbey and admire that era.

Before
the 2015 Presidential elections, Nigerians discovered your twitter and
it blew up. People found your pictures and they were all over the blogs
and social media. What do you have to say bout that?

Some
people thought I was the one who gave the pictures out but I did not
even know it happened. I was in my room, just before I went for yoga
that evening and I got messaged with a link to a blog so I looked
through it and I felt no one would care about it so when I was through
with my yoga, I opened my phone and messages, missed calls and so many
followers on twitter came through and I was wondering what was
happening. All my friends were calling me to look at it. It was a crazy
time and it is something you don’t expect at all and then right after it
happened, my first prayer was “Oh God, help me help people with this
fame that I have right now” so that’s how I became an ambassador I
guess.

Soon after, you deleted your twitter account. Did it have anything to do with all the attention?
Yes
it did. I was getting too much attention and naturally I do not like
attention like that. I would always try to quietly do my thing but then I
realized that anything I said was a topic and that was exam period,
there was a lot of stress and I just didn’t want any of that and
obviously there were a lot of comments –good and bad and so I was just
like maybe it’s time to step out of this for some time.

Do you ever see yourself in politics? Or do you have other ambitions?

(laughs)
no. Politics? I can’t. And I am still working on any other ambition. I
just want to build up on how to help people; that is the main thing for
me. And actually, fashion. I’m not into trendy fashion; I’m just into
dressing properly and looking good and presentable most of the time.

Do you have to deal with any negativity now, because of your father’s position? And how do you handle that?
I think there is negativity but people try to conceal it so it is not as difficult as if someone were to show you openly.

It
makes you doubt people sometimes and if they are genuine but honestly
from my side, I just treat you like anyone else and just try to be fair. 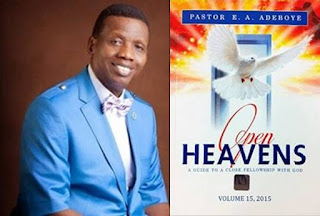 Memorise: But one thing is needful: and Mary hath chosen that good part, which shall not be taken away from her. - Luke 10:42

38 Now it came to pass, as they went, that he entered into a certain
village: and a certain woman named Martha received him into her house.

39 And she had a sister called Mary, which also sat at Jesus' feet, and heard his word.

40 But Martha was cumbered about much serving, and came to him, and
said, Lord, dost thou not care that my sister hath left me to serve
alone? bid her therefore that she help me.

41 And Jesus answered and said unto her, Martha, Martha, thou art careful and troubled about many things: