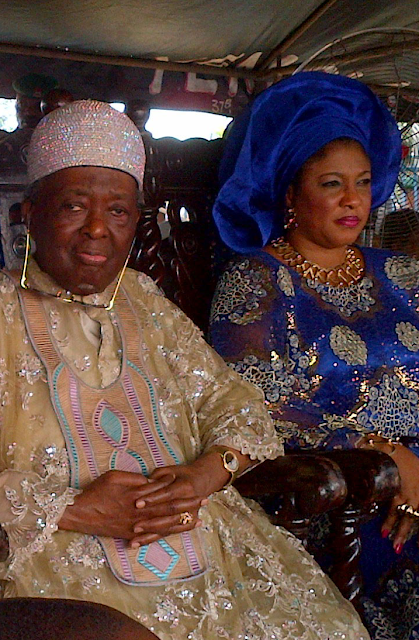 Following the burial of the Onni of Ife,Oba Okunade Sijiwade, there was
mild drama between his wives as last wife, Olori
Adedolapo(nee Adesida) was embarrassed by one of the elder
wives.
According to City People,in the mid-2000s, Oba Okunade Sijuwade
often stepped out with Olori
Adedolapo.

During the interdenominational service
held in his honour, the beautiful princess who is a daughter of a late
Deji of Akureland didn’t have it good with 1 of the wives. The
beautifully-dressed Olori Adedolapo was asked to leave the seat where
she seated among other queens. Though she introduced herself as one of
the Oloris, she was forced to leave the seat by one of the Oloris.

Toke Makinwa is not here for guys with wack pickup lines

Popular Hausa actor to pay to have his scenes cut from controversial movie, “Fatal Arrogance”

‘Toilet infection does not exist’ – Popular Nigerian Doctor cries out

KBK Foundation owner called out for being a scammer