A radio station named Radio Biafra operating from an unknown location in Rivers State has hit the airwaves.
According to Daily Post, the station can be heard on 88.0 FM dial.
The
station is said to have just one radio personality named “Director,”
and he often refers to listeners as “the indigenous people of Biafra.”

Read her chronicles below + reactions from Nigerians…

Radio Biafra And Nnamdi Kanu: A Threat to Nigeria’s Stability

I was on a drive back from Aba yesterday with my Mum when the
conversation we were having led to the mention of this Radio Biafra
which is currently airing on FM 102.1 in most South South and South
Eastern states. Last time I heard of this Radio Biafra, it was an
Internet radio station that didn’t have that much of a following to
warrant any real concerns, however I was shocked to find out that they
were now a terrestrial radio station with a Frequency Modular bandwidth.
Anyways, I tuned in out of curiosity to find out what they were all
about and that was when the hair on the back of my neck stood. I
couldn’t believe what I was hearing.

For the entire period I was tuned into the station, it was back to
back tirades against the current Government of the Federal Republic of
Nigeria, raw undiluted anti-Semitic messages targeted mostly at the
Yorubas, calls for the destruction of all Deeperlife Church posters,
billboards and the burning and destruction of all Deeperlife churches in
Aba and all Igbo Land, the stopping of any Deeperlife crusade from
holding in Aba, calls for the Igbos to arm themselves pending when he
(Nnamdi Kanu who was being referred to as director) would give the
clarion call for the war to commence, calls for Igbos and the supporters
of the Biafran cause to join their local chapter and contribute money
to him (Nnamdi) to purchase arms to prosecute a war against the
Government of Nigeria. The Nnamdi character freely spewed hate for
Yorubas and Hausas, referred to Nigeria as a Zoo that they would
destroy, e.t.c

At first, I just felt that this was a case of a Lunatic who seems to
have found his way into a radio station, but my fears didn’t rise until I
heard the calls coming into the station from his growing followers. One
of such callers actually said Hello Director, If Kumuyi steps into Aba,
I WILL KILL HIM”. Another caller said he was a technician of sorts and
was willing to offer his services to help build a bomb to destroy
Nigeria and the Nnamdi character took his number and promised to get in
touch with him. The calls kept coming in and it was just caller after
caller pledging support for the cause of this deranged man. It didn’t
matter that the Nnamdi Character sounded rude, arrogant and full of
himself and obviously had a thirst for power, it didn’t matter that he
was insulting and disrespecting most of the callers who dialed in, more
people kept calling.

Now my reason for starting this thread is to use this medium to bring
the attention of the Government to the birth of a New Terrorist group
in the South East.. I couldn’t help but remember that this was exactly
how the Boko Haram menace started, First it was just an Islamic preacher
who was also doing Charity works and feeding his followers, then it
grew into a militia that has cause the death of over 15,000 Nigerians
and counting. Please those with the right connect should inform our
security agencies. Whilst listening, most of the callers were reading
out their phone numbers over the air and I was wondering if someone is
noting down these numbers and placing taps on them and placing the
owners on the terrorist watch list.

I became a bandit because my parents, wives, and children were killed – Repentant bandit

I would be honest and say that this Biafra Radio broadcast really
troubled me. One of our workers who is a listener and was a follower
only changed his views after I managed to explain to him the
implications of what this Nnamdi Character was soliciting. The Nnamdi
fellow is not hard to catch, below is a picture of him I pulled off of
the Internet. And it seems he freely enters and leaves Nigeria as he
pleases.

I really hope someone in a position of authority hears this message
and acts on it fast before things get to the point where we now have to
start doing damage control at which point many innocent lives would have
been lost. Let’s use the Lessons learnt from the Boko Haram case and
the arrest and murder of Mohammed Yussuf to find a way of finding,
arresting and shutting down this Terrorist Group. Today we may think
it’s just a radio broadcast, but if half the callers I heard were not
just blowing hot. Air, then we must take this threat to National peace
seriously.

A stitch in time Saves nine. 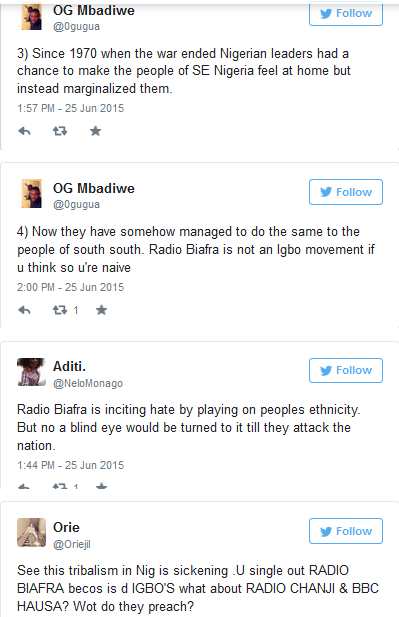 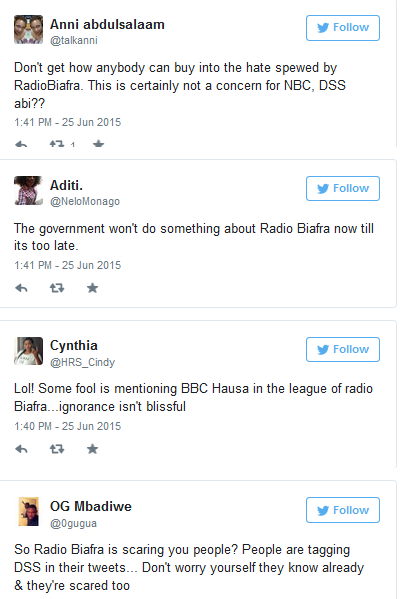 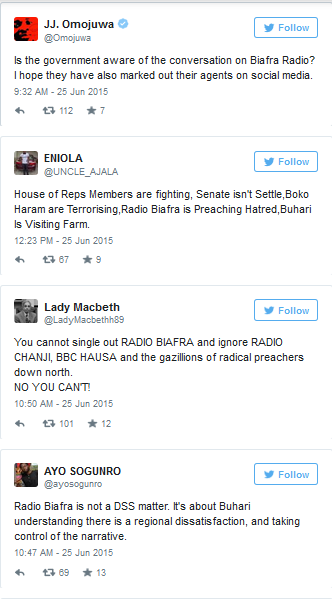 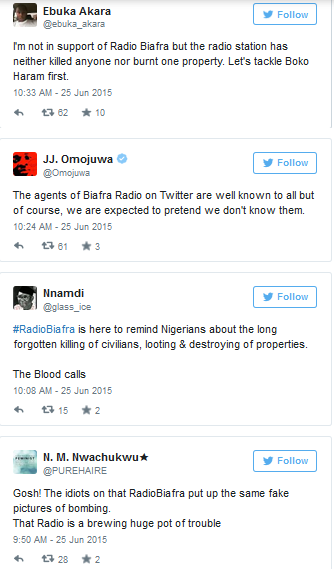 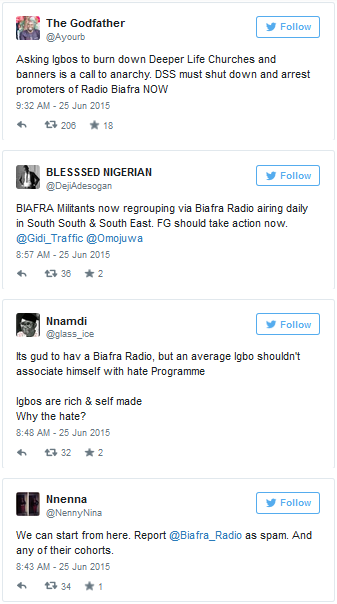 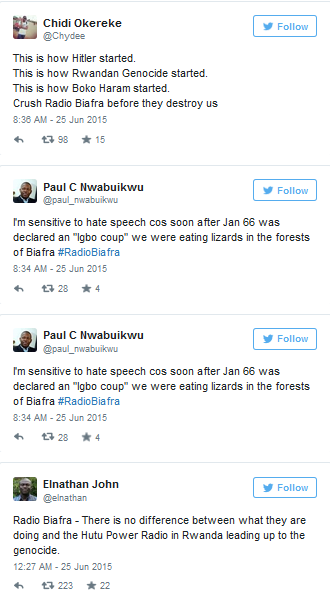 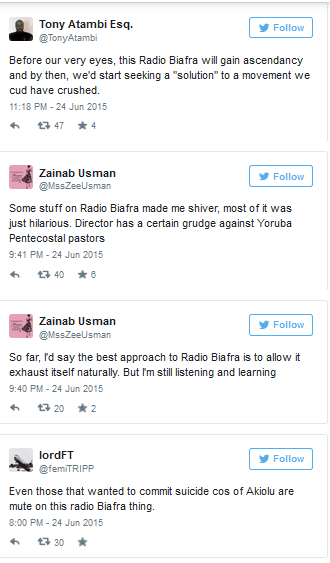 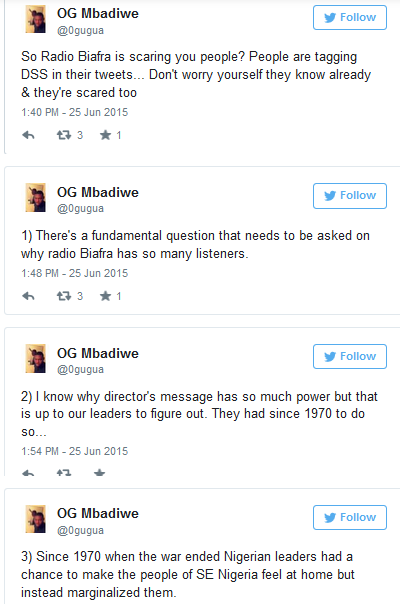 From Boko Haram trying to Islamise the whole of Nigeria – to Oba of
Lagos asking Igbos to drown in the lagoon – to Biafran supporters making
hate speech. Is Nigeria headed for a split???