A prosecutor of the Kwara State Police
Command, Mr. Matthew Ologbon, has informed an Ilorin Magistrate’s Court, that a female National Youth Service
Corps member, Miss Yetunde Idowu was raped to death by a 51-year-old
man, Abdullahi Tanko, and his gang members.

PUNCH Metro reports that, Idowu’ corpse was found at the Ilorin GRA.The police prosecutor told the court that on May 23, at about 12pm, the police found Idowu in a pool of blood.

“After they had raped Idowu, they carried her dead body to a
nearby junction. The police located Tanko’s house through the blood
traces of the deceased and the suspected killer was arrested.The mobile phone of the deceased was found with Tanko.”
Yahaya ordered that Tanko be remanded in prison, while he adjourned the case till August 10, 2015. 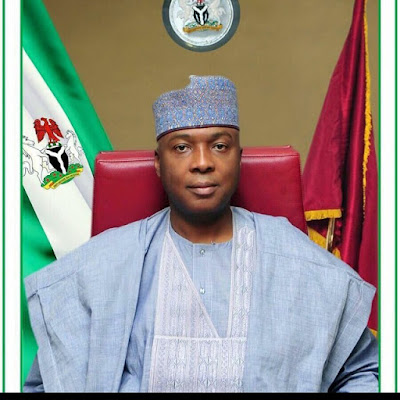 Senate President, Bukola Saraki, has, since his election as the chairman of the National Assembly on June 9, been attending
to official matters at his private residence in the Maitama area of the
Federal Capital Territory.