Hi Kemi, I am sort of in a dilemma and i need my fellow kfbers to help me decide what to do.
Ok, I got married about a year ago to my husband who is seven years older
than me. Our marriage was smooth until he lost his mum the only
surviving parent and we were asked by the elders of the family to move
into the house that was left behind by the parent since he was the next
of kin.

Prior to this
time, we used to live in a rented apartment, so we were of course happy
to move into the four room apartment. We were barely a month there when
my husband’s two other single brothers moved in with us.
It
was no big deal initially, although i was the only female in the house,
it was nice having two other handy men to help around.
Things started
to get out of hand when the youngest brother who was my age mate started
to make some flirting moves at me. At first I ignored buh I later on
agreed as per brother-in-law things on an outing with him on one of
those weekends when my husband was out.
We
started as inlaws then to friends then to something else…he confessed
having feelings for me. I was feeling something too, buh i dint tell him cos it
might lead more.
Recently, we had a moment in the kitchen, we
made out but we were caught by the 2nd brother and he promised he
wouldnt tell my husband but told us to stop. but since then i have felt
unfaithful to my husband
I
love my husband and wouldn’t want to loose him, but i have mutual
feelings for his youngest brother. It is more complicated since we all
live in the same house and i see him (younger brother) everyday. Although
i hope it wont happen again, buht what if the 2nd brother doesn’t keep to
his promise and tells my husband that he caught me kissing their younger
brother.
Should I tell my husband about the kiss or just ignore it and move on. HELP.
Nigerian federal executive council approves N623m for customs to buy computers

By Tireni Adebayo
Apparently not all radio stations are shutting own like Beat FM, thus one of the stations still surviving the fuel scarcity dissed ém last night.
Click to Continue Reading
News

Obasanjo takes a swipe at Goodluck Jonathan, canvasses for Buhari 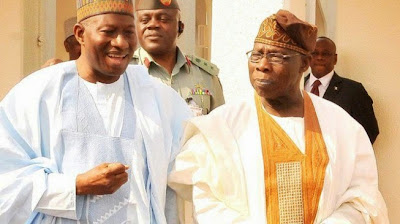 Former president,Olusegun Obasanjo took a major swipe at GEJ while he canvassed for Buhari when the
Iyalode of Yoruba land, Chief Alaba Lawson,
led a delegation of South-West women leaders on a visit to his Hilltop
residence in Abeokuta recently. Seex excerpts below:

“The country had been poorly managed in
the last eight years and it would take some time for Buhari’s government
to correct the anomalies. But I want to tell him not to be frightened.”

“What I would say is that we should all
put our minds at rest. He... 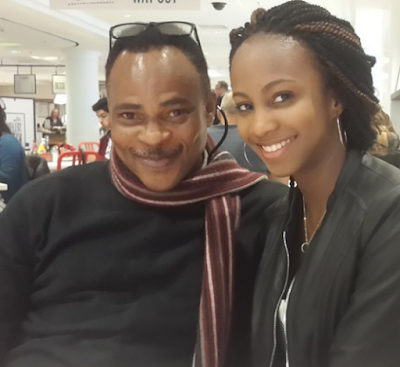 Guys, meet movie producer and director Fred Amata's daughter, Stephie Oghenefegho Amata. She clocked a year older yesterday and being a great dad that he is, he shared this photo to celebrate her :)