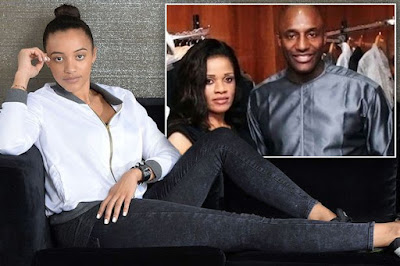 The divorce case between estranged couple, Footballer John Fashanu and ex-model Abigial Igwe gets even messier.

John Fashanu’s daughter, Amal just made some interesting revelations about her step mum.


According to Amal, Abigail Onyewelu, Adaeze Yobo’s mother, is a ‘master of manipulation’, a ‘black widow’ that cast a spell on her dad and ‘frittered away’ thousands of his pounds.

Amal, 27, made the comments about
her stepmother Abigail on the eve of the couple’s bitter divorce hearing
on Monday. Her father has been embroiled in the bitter split since last
year after Abigail allegedly threatened him with knives after rumours
he slept with their maid.According to Amal, John suffered domestic abuse
during the fiery marriage.
The fashion designer, from London, told Emma
Pryer at The Sunday People:

‘Abigail is the master of manipulation. She
has been dubbed the black widow back home in Nigeria – and it is spot
on. He was enchanted.

While they were together I went from seeing my dad once a month to
once a year. He vanished from his children’s lives. When I called to
find out how he was and asked him to fly to London to see me, he would
just say he couldn’t talk. I could sense Abigail was in the background,
controlling him.”

Amal also claimed her father was assaulted by Abigail around six
times and said the first time she met her stepmother her father had a
‘big lump under his left eye’.

‘He also told me she’d fritter away £2,500
“play money” he gave her, then ask for more. He was stupid and senseless
but he feels huge regret now and is finally happy and free of her.’ 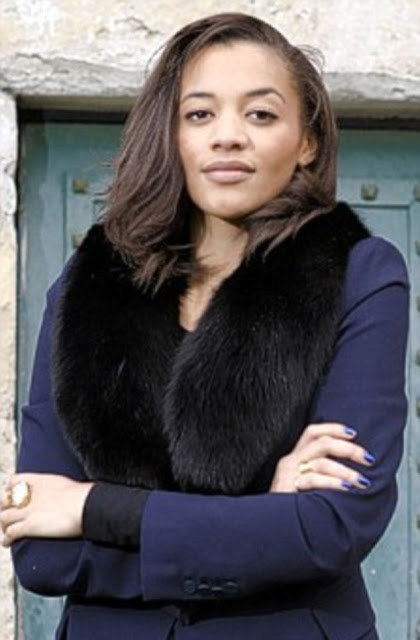 Fashanu’s first marriage to Ivory Coast model Melissa Kassa-Mapsi
ended in divorce in 2004. He also lived with Spanish model Marisol Acuna
Duenas, Amal’s mother, for nine years. He wedded Abigail in 2011 but
their marriage hit the rocks last year with both parties forced to
address rumours of infidelity.

Police reports released also showed pictures of Fashanu with a bloody hand, allegedly after being attacked by Abigail.

After filing for divorce the ex-Wimbledon player, 52, claimed his
‘life was at stake’ and alleged Mrs Fashanu cheated on him with another
woman who she called her ‘spiritual partner’.

Mrs Fashanu vehemently denies these allegations. In an earlier
interview with the Sunday People she claimed the woman was just a female
friend who was living with her for a short period of time and said her
ex-husband was ‘sick and needs help’.
The 48-year-old added: ‘Anybody can say anything.’

Abigail also labelled claims she was violent as ‘ridiculous’ and said
she would not comment further until after the divorce proceedings.

Have you read the testimony Kashamu shared after being released by NDLEA?