Roseline Akinsola, 50, on Monday delivered a set of twins after 14 years of childlessness.

The News Agency of Nigeria (NAN) reports that Akinsola, who works at the Ekiti State Christian Pilgrims Board, was full of praises to God for answering her prayers.
The two girls, weighed 4.2kg and 2.3kg respectively.
Akinsola advised other couples in need of  children not to lose  hope.
In an interview with NAN,  she expressed gratitude to God for giving  her the children after several years.
“I
thank God for the new name he has given to me;  before, I was being
called  ‘Iya Iyanu’ without a child, but today, my name has changed  to
‘Mummy Twins,’” she said.

“Many of my colleagues,
friends and neighbours mocked and sidelined me, but because I stood
firm on  the words of God, He answered my prayers. I thank my husband,
who inspite of the troubles and problems from family members, friends,
colleagues and neighbours still believe in me and God. He stood by me
like a father in all ways and also believed  in God all through the
crisis. I  also thank  my siblings who stood by me in prayers for years.
Let
me thank God for all those who stood by me in prayers and encouraged me
not to desist from serving God. These children are indeed signs that
God never forgets  his own people who diligently seek him and believe in
his words,” she said.
The father of the twins, Babatunde, 49, also expressed gratitude to God for the children.
“We
fast, pray and cry unto God for the fruits of the womb for years, but I
am happy that today, God has finally fulfilled  his promise to my
family. I thank members of our church under the callings of  Pastor and
Mrs  David Ajileye for their prayers and care for my family,’’ the happy
father, who is also a civil servant, said.
Ajileye, who is the General Overseer of the Way of Life Bible Church, Ado-Ekiti, thanked God for his  blessings in the lives of the couple.
“We
have known the couple for over 15 years and they have been steadfast
and faithful in serving God inspite of  the challenges they were facing.
For years, I and my wife have been  praying to God to give the couple
the fruit of the womb; I am so happy that the lord has answered  their
prayers. The church witnessed a similar miracle in 2013 when a couple,
members of our church delivered a set of twins, a boy and a girl after
31 years of childlessness,’’ he said.
He advised the couple to teach and train the children in the ways of the lord.
NAN reports that the mother and the twins were in good health as at press time.
Read how this little girl was kidnapped inside a Lagos church 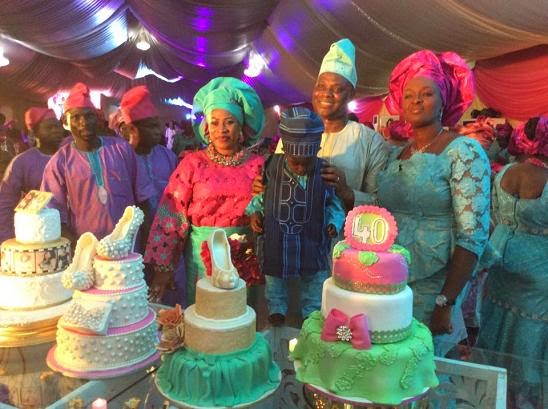 Family, friends and well wishers turned out to give her a
lavish birthday party.

Spotted at the party is Mrs. Titi Abubakar the
wife of former vice president Atiku Abubakar.

Seun is married to FRSC
top shot Kayode Olagunji and they are blessed with the fine lil man above. 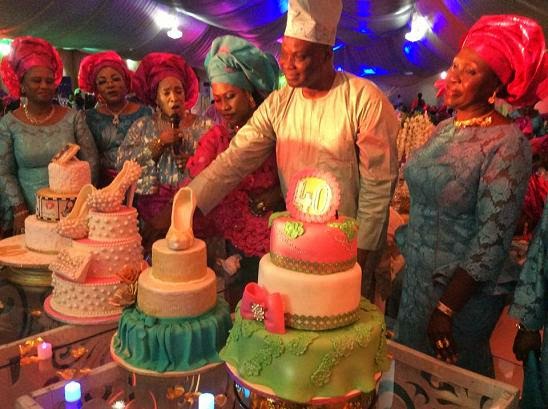 Woman marries 2 husbands (at the same time) for 11 years

A woman from Delta State who alleged­ly hid her adulter­ous
relationship from her husband, Lekan Onipede, is now on the run after
viciously attacking him with boiling water and a knife.

According to Sun Newspaper, the woman, Rosemary David, had a son for
Onipede, a 31-year-old indigene of Ondo State, about 11 years ago, when
he was 20.

While still living with him under
the concept of Common law mar­riage, and in what would appear to be a
case of polyandry, she allegedly hooked up with another man in Delta
State and had two other children (a boy and a girl) with the man,
passing them off as Onipede’s children.
Over the years, David...
Click to Continue Reading
News 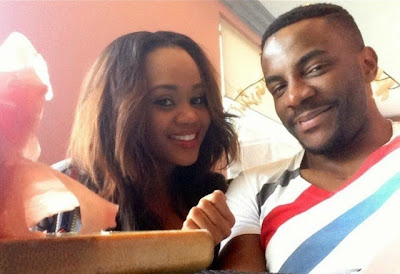 Reports broke that Ebuka the host of TV interview programme Rubbin's Minds was finally off the bachelor's market as he got engaged toCynthia on April 14, 2015.
It was reported that the lovebirds met about four months ago at the wedding ceremony of Soundcity boss and Ebuka's best friend Olamide Adedeji which held last November.
Well, Ebuka actually took to Instagram to say a big No to their meeting only four months ago.
He said that its been a FOUR-year journey and not four months as claimed by many media outlets.
He posted a picture
of him and Cynthia...
Click to Continue Reading