In an interview with Christiane Amanpour today, April 1, 2015, the President-elect Muhammadu Buhari,says he is not surprised that he defeated President Goodluck Jonathan at the just concluded polls.
Buhari, who had over two million votes above Jonathan attributed his victory to the successful merger of the All Progressives Congress in 2013. He said the merger had signalled the beginning of the end of Jonathan’s administration.
In his words, , “I am not surprised because of how we came into the merger. The main opposition parties in Nigeria decided to come together to face the ruling party. That means we had an additional spread and politicians across the length and breadth of the country; so, I was not surprised.”
Buhari also said that as soon as he gets sworn in, he would start a process of national reconciliation in Nigeria, especially in the violence-prone areas of the Niger Delta and the North-East.
He said, “The actual division that is worth bothering about in terms of social instability and insecurity are in the North-East and the in the NigerDelta, which I think have been with this country long enough that we know how they started and what stage they are in now and we are confident that we will rapidly give attention to the insecurity in the country and I believe that we will deal with them within a few months in office.”
Presidency warns former political, religious leaders against plot to overthrow Buhari

By Tireni Adebayo
Seven of the Peoples
Democratic Party (PDP) governors were reportedly absent from the meeting held
between President Goodluck Jonathan and PDP governors today in Abuja.

The
governors who absented themselves from the meeting are  Olusegun Mimiko of Ondo, Ayodele Fayose of
Ekiti state,  Governors Sule Lamido of
Jigawa, Isa Yuguda of Bauchi, Babangida Aliyu of Niger, Gabriel Suswam of Benue
and Ibrahim Shema (Katsina). 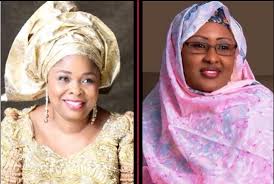 Patience Jonathan, wife of President Goodluck Jonathan has congratulated  Hajia Aisha Buhari,
wife of the President-elect on her husband’s victory of the Saturday’s
presidential polls.
In a statement issued by her media aide, Ayo Adewuyi,
Patience Jonathan urged  Nigerian
women to support Hajia Buhari
The statement reads,
“The First Lady Dame Patience Jonathan (Mama Peace) has congratulated the wife
of the President elect, Hajia Aisha Buhari on the election of her husband,
General Muhammadu Buhari.
“The First Lady appeals
to the Nigerian women...
Click to Continue Reading
News 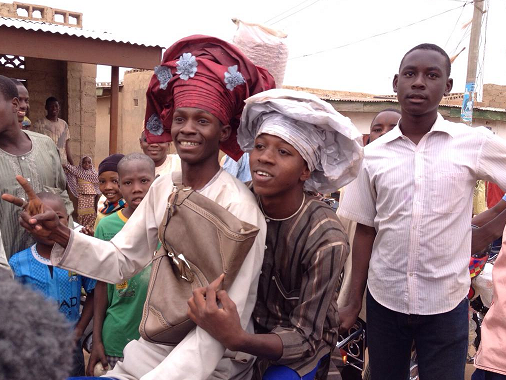 Some children made a parody of the First Lady Patience Jonathan, by
tying her signature headgear as they celebrated Gen. Buhari’s win in
Daura, Kastina state earlier today...nicey?!