While receiving guests who paid him Easter homage at the
Presidential Villa, Abuja, today, President Goodluck Jonathan, looked back at his years of
service from being the deputy governor of his home state, Bayelsa, to
when he became the country’s President.
He
said, “For me as an individual, this Easter coincides with the time I
am leaving but I always say that I am one of the luckiest Nigerians. I
am yet to see somebody luckier than me.

“From 1999, I was in the
hands of government for 16 years. Not just in government as a
parliamentarian because if you are a Senator or House of Representatives
member, you take care of yourself, you live in your own house.

“I will continue to thank Nigerians for
giving me that privilege. I became a deputy governor because Bayelsans
voted for me and my governor then. I became a Vice President because
Nigerians voted for Yar’Adua and myself.

“I continued in 2011
because Nigerians voted for me and Architect Namadi Sambo. I have to
thank all Nigerians. Wherever I will be, I will remain grateful to this
great country. Today is a glorious day for me.”

Jonathan said
Easter, being a period of sacrifice, Nigerians should be ready to make
sacrifice for the survival of the government irrespective of who is the
President at a given time.

He said even since his days as deputy
governor in his home state, he kept telling people that what he needed
from them was patriotism and not loyalty.

He said nation building depends on sacrifice and patriotism.

He
cited the examples of soldiers and policemen who he said were dying
daily in their fight against Boko Haram in order for others to live.

Now we know why singer Lynxxx is still single :)

By Tireni Adebayo
If like us, you have been wondering why dapper artiste Lynxxx, whose real name is Chukie Edozie is still single, then wonder no more. He has got this serious list containing all he wants in his woman and getting such a woman is kinda difficult.
He wants someone that can cook, and a free spirited lady with good morals that he can learn from. Asides this, she must be gentle that is, not a talkative cos he doesn't like ladies who talk too much and the best part, she must always look good.
She mustn't have a bad breath and her weaves mustn't stay for too long or smell.
Click to Continue Reading
News

Remember the airport cleaner, Josephine Ugwu who returned the millions she found in a toilet at the airport weeks ago...well, during the service at the Redeemed Evangelical Mission (TREM) today, Bishop Mike Okonkwo rewarded her for her
honesty.
Yea, she was promoted to the enviable post of a
supervisor at her place of work and her salary increased to N20k from a previous N8k but the gift from Bishop Okonkwo is way bigger...we don't know how much she was given but we can bet it's awesome!

We say congrats to her and God bless the Bishop! 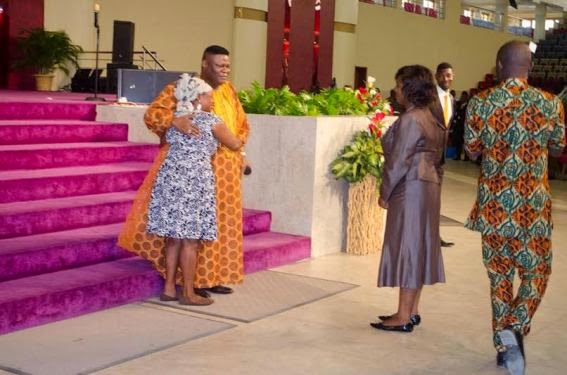 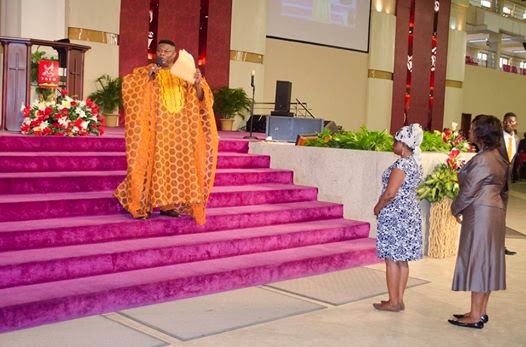 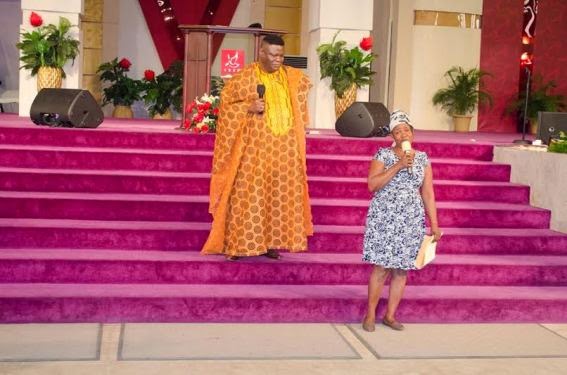