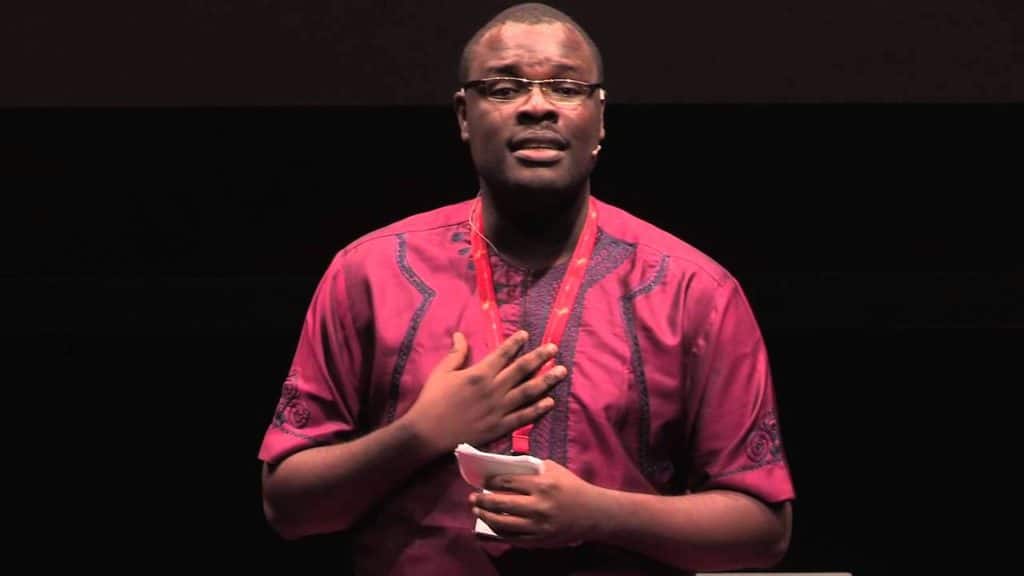 When Pastor Sam Adeyemi of Daystar laid hands on the celebrant

Aww, one of my favorite media entrepreneurs and mentor Chude Jideonwo clocked 30 yesterday and he marked it spending time in God’s presence…an act that has even made me respect him the more!
I have only known him personally for about six, seven months or there about but I have heard the name since 2011 when the very first Future Awards was organized.

Being an ardent follower of him since then, I have been keeping up with him on twitter, listening/watching his speeches on YouTube and reading his write ups to be INSPIRED.
Before I met him, I had the impression that he was a No-nonsense man with no time for  slackers…I felt he was too intelligent and I saw him as a god.
Anyway I met him…but before then, I got a mail from him, that was a few weeks after I got into Red Media…the mail read “Hi Kemi, I would be editing your stories from now till month end because your boss is unavailable for the meantime.” And I’m like whaaaaaaaaaat…did I just receive a mail from the almighty Chude Jideonwo.
Hehehe, I told everyone that cared to listen, I kept ringing it into the ears of friends, ‘Guess what, I just got a mail from this idol of mine’ and they would be like ‘How did you know him?’ I was too excited that I didn’t even know how to reply his mail….whenever i tried to type a response, I would go blank in excitement.
Anyways, twenty fours later I replied.
You see, working with him was magical, he had this way of editing stories that by the time he is done, you the writer would go bury your head in shame (not in a bad way but in a way that would make you do better next time)…it was like he had this magical wand he uses to make his stories BEAUTIFUL and JUICY!
Someone said and I concur that “Meeting Chude will confuse, challenge and
eventually change you. Confuse you, because he’s thinking/doing a zillion and
one things at the same time, and it’s hard to keep up. While you’re in 2015, I
can assure you, that Chude has already scoped out 2045. Challenge you because,
he never allows you to peacefully exist in a state of inertia or ordinariness.
If you have a hidden skill or talent that you are leaving to waste, you can be
sure that Chude will sniff it out and ensure you put it to good use. Change you
because, though he is a prodigy, and by extension, naturally impatient.”

This man, Chude is funny and playful. Ah, he is. He loves the word ‘Bozo’ –  I have no idea what that means though. He can shout, yea we all tend to do that when tensed up so it’s allowed. He dislikes dishonesty/dishonest peeps, trust me he does…never make him a promise you know you can’t keep, he sometimes sets unrealistic goals to make you work hard and yes he is a barrier breaker and boundary shifter, i mean look all he has accomplished at just age 30!!!!!!!
The wisdom you can get from this man in a fifteen minutes discussion is enough to last you a decade if not more (I am still learning from him though). He always listens…
Oh by the way, if you haven’t read his speech on ‘Now that I am turning 30’…please read it.
Happy Birthday CJ 🙂
So back to the birthday celebration.
Oby Ezekwesili, Pastor Sam Adeyemi of the Day Star,  Hon. Abike
Dabiri, Gospel singer Nathaniel Bassey and more were at the intimate
gathering at Terrakulture.

Debola Williams and celebrant leading the praise and worship session

It’s all about GOD! Mrs Jideonwo, Chude’s mum ends her speech with a worship song.

A new measure of Grace! Pastor Sam urges the guests in attendance to pray for the celebrant

One of those emotional moments

Cutting of the cake…happy people!

How GEJ visited Atiku Abubakar on Saturday night, begging him to return to PDP President Goodluck Jonathan paid a secret visit to former Vice
President Abubakar Atiku on Friday night to hold a meeting that lasted
till the early hours of Saturday.

Sources at the Presidency told SaharaReporters...

How GEJ visited Atiku Abubakar on Saturday night, begging him to return to PDP
Federal Government slashes electricity tariff by half
To Top