So, last night it was revealed that the naira lost N4 to
the dollar to sell at N213 at the black market and N210 at the Bureau De
Change (BDCs) segment of the official market….and guess what, some Nigerians are happy about it.

A young man in his early 20s said “Omo, this is good, this is the best time for my peeps abroad to send me money, walahi, having 200 dollars now is enough to buy me a second hand car ‘ …even a few others I know who have got relatives abroad, feel the same way.

I am leaving all social media platforms permanently - Burna Boy

A dealer, who preferred
anonymity, told NAN that the depreciation might not be unconnected with
the closure of trading at the interbank market by the Central Bank of
Nigeria (CBN).

The dealer also said that the CBN’s decision, which was meant to control
speculations in the market, might be responsible for the depreciation.

Meanwhile the naira against the pound sold at N307 and N314 at the BDCs
and black market respectively.

However, it exchanged against the euro at N235 at the BDCs, while it
sold for N237 at the black market.

On January 28, Godwin Emefiele, governor of the CBN, directed that only
BDCs and banks with genuine demand for foreign exchange should get forex
allocation.

He said the apex bank put up measures to calm the strong volatility
observed in the forex market to save the naira from further
depreciation.

The banking sector regulator said the move was part of measures to
deepen the BDCs segment.

Even though
president Goodluck Jonathan is insisting he didn't partake in the
postponement of the General elections, the United States-based New York
Times thinks otherwise.

In the editorial of its Monday edition titled, “Nigeria’s Miserable Choices”,
it opined that the postponement of the elections by the Independent
National Electoral Commission was orchestrated by President Goodluck
Jonathan to frustrate Maj. Gen Muhammadu Buhari (retd.) of the All
Progressives Congress.
See excerpts below:

“Any
argument to delay the vote might be more credible if President Goodluck
Jonathan’s government had not spent much of the past year playing down
the threat posed by the militants and if there were a reasonable
expectation that the country’s weak military has the ability to improve
security in a matter of weeks.

KFB Know Your Health! Did you know Agbalumo helps fight against Cancer?

For the newbies, the KFB "Know your
health' column is where we discuss health issues. Today, our favorite columnist Dobby, discusses Agbalumo and its health benefits.

It's
the season of the African star Apple commonly known as agbalumo
"Yoruba", Udala/Udara "Igbo" or cherry in Nigeria. On my recent visit to
the local market, i noticed a crowd selecting fresh udara fruits from
baskets and i couldn't help but join in the fenzy. To me, a large crowd
simply meant the fruits were ripe and sweet. The vendors also don't
waste time in trying to lure you into buying as they usually give out
free fruit samples to prospective buyers once you come around. Back in
the...
Click to Continue Reading
News

How beautiful my marriage has been – Toke Makinwa 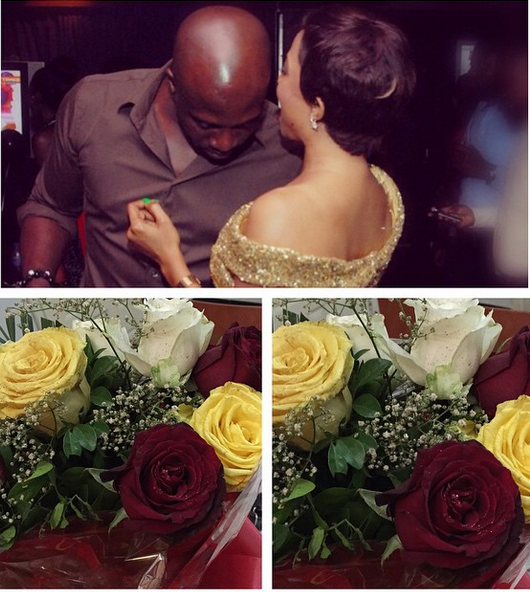 Aww, marriage is a beautiful thing!

Media personality, Toke Makinwa in a new interview with Encomium Magazine opened up on her marriage to Maje...they have been married for over a year now. See excerpts below:


On her marriage being a year old?

It is like closing your eyes and opening them, that’s how it feels clocking
one.  We woke up one morning and realized that it is a year already.
It is really unbelievable.  We have been through a lot.  If you are
married, you will understand the first year
is the most difficult time in marriage.  We have had our own fair
share,...