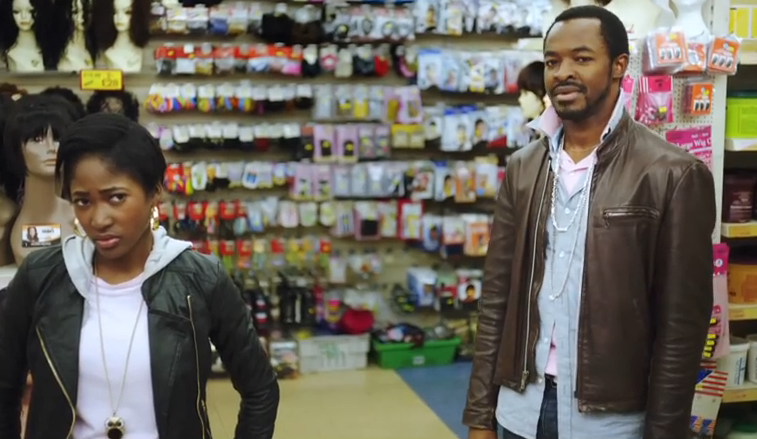 Seeing our very own Nollywood act, O.C Ukeje on the cover of the movie Gone Too Far, made it a check and must watch for me.  After the first two scenes of the movie, I was sure it won’t be a waste of my N 1,000 plus the heavy traffic (*Deep Sigh) on my way to the cinema. 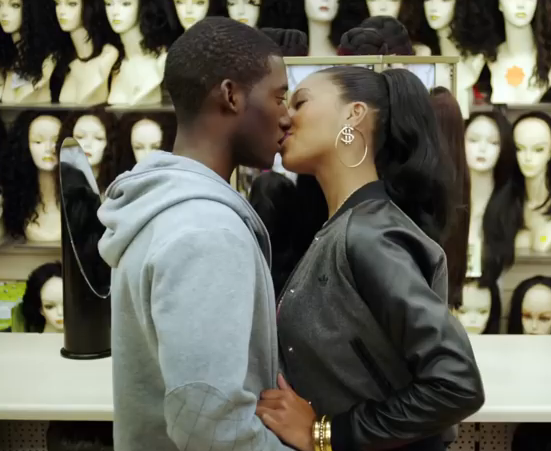 It is sure going to be worth it”, I said to myself as I settled to my popcorn and canned drink. 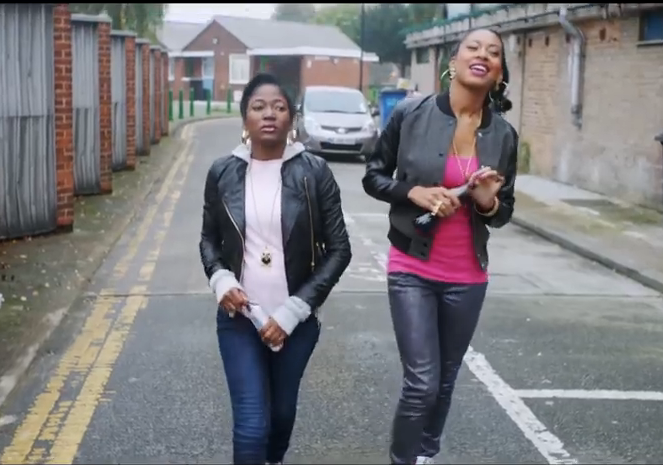 Gone Too Far was written by Bola Agbaje a British playwright in 2007 and was premiered at Royal Court Theatre that same year. It was however made a comic-drama by Director Destiny Ekaragha.

Cast: The cast of this hilarious movie were not the familiar Nollywood faces but they sure did a good job.  Malachi
Kirby (Yemi), Nollywood’s- O.C Ukeje (Ikudaisi), Gold John (Yemi and
Ikudaisi’s mother), Shanika Warren- Markland (Armani), Adelayo Adedayo
(Paris), Tosin Cole (Razer) and many others.

Story: The
movie centers on a one-day life of Africans living in the UK. It
preaches self respect, oneness of the black race and love for the black
race and identity.

The
movie highlighted traits that are traceable to Africans like the
disciplinarian nature of African mothers, respect for the aged,  loudness of Africans (especially Nigerians) and many more.

O.C
Ukeje (Ikudaisi aka Iku) a “Lasgidi/ Naija” boy has just arrived London
from Nigeria to meet (after many years of being separated) his family-
Gold John (mother) and Malachi Kirby(Yemi), his brother.
Iku and Yemi were asked by their mother to get “Okro” from the shop, but Yemi seized the opportunity to go after Shanika Warren- Markland (Armani) – an unattainable girl he fancied.  The pair were forced to spend the day together on the trail after Armani.
Yemi soon found Iku’s terrible fashion sense, overconfidence and accent deeply annoying and disappointing as Iku refused to “blend in”. Iku who has a resolve to be proud of who he is, totally refused to “blend in” and this lent tension between them.  Yemi later came to terms with his brothers’ resolve of self respect and apologized soon after he discovered that Armani was merely a façade.
The set (a council estate in Peckham) of the movie was mainly in the afternoon with clear and crisp  picture quality.  The costumes were very appropriate and make up suited every character well. The overcoat on Gold John’s Iro and Buba is just gbam and Iku’s socks on palm slippers could not have been better.
The movie was on point with the funny scenes as they got everyone in the hall laughing. A particular scene where a hairstylist was waylaying passersby to come make their hair got me laughing really hard. It reminded me of Naija’s very own under bridge- Ikeja and Yaba hairdressers (sounds familiar right?) 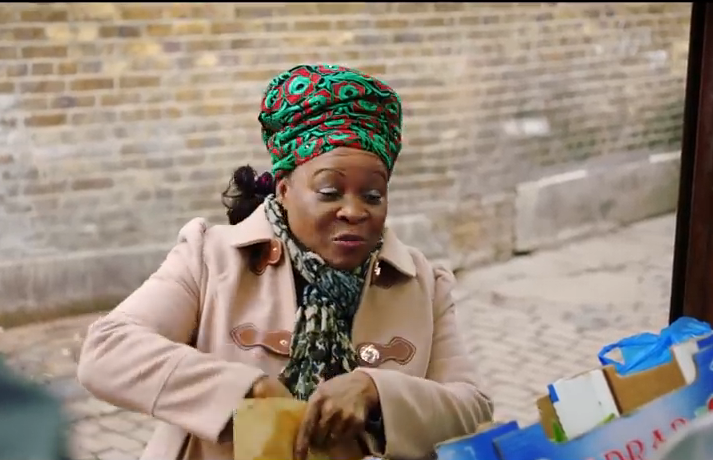 Another funny but familiar phase in the movie “quick-fast”, Gold John kept repeating whenever she wanted her children to act fast got me giggling real hard as this tautology is  typical of many Naija mothers. 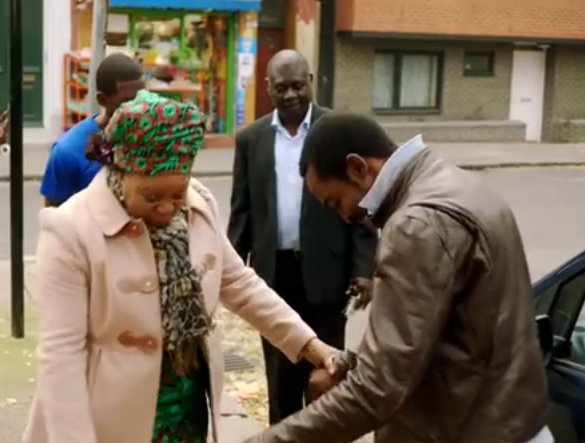 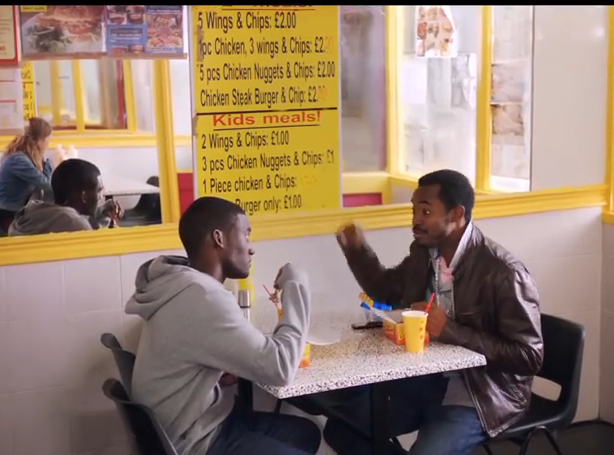 I almost forgot to mention that O.C Ukeje nailed this comic role, as his attempt at Yoruba was superb and funny to say the least. He is a good actor and one to look out for in 2015.
READ
Wild fire guts INEC's Abuja office (Photos)

This movie should have been subtitled in both English and Yoruba (other than only Yoruba) as most of the characters were deeply accented.
Also, many of the scenes dragged for too long. For instance, the scene that had Tosin Cole (Razer) and Miles Mcdonald taking “coke” (I mean cocaine) and arguing about Jamaicans being sold to white slavers by Africans almost got me lost.

Also, the studio scenes almost did not make sense to me. 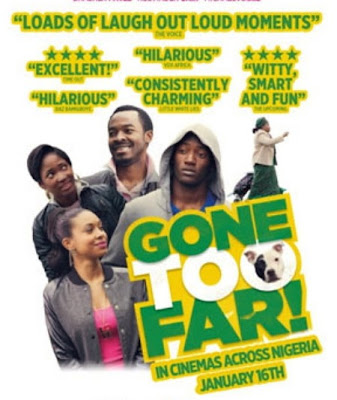 Other than this Gone Too Far is an okay movie for a “quick-fast” laugh.

You can watch movie trailer (HERE)