A man purported to be Lagos governor’s uncle, Alhaji Kayode Fashola, has
been accused of beating up his wife.

In the viral message posted by one Rachel Adenuaga on
social media, the Alhaji in question was labelled as irresponsible,
chronic womaniser, unrepentant drunk and a chain smoker.
Rachel Adenuga, who claims to be a close friend of
Alhaji Fashola’s second wife, posted the message below on facebook and
it has since gone viral.
“The man in this picture is Alhaji Kayode B
Fashola popularly known as Uncle K. He is an Uncle to the present
Governor of Lagos State Tunde Fashola.
His number is 08033282610 and he lives at 21, Akinhanmi Street Surulere.
I have decided to post this on facebook so that people know the kind of person he is and for the public to be careful.
The woman in picture is his legally married second wife. Her offence is that he found a complimentary card on her table.
And without asking questions, he locked the door and almost beat her to death.
Again I must warn the public that this man is not
only a wife beater, he is a smoker, a drunk, extremely jealous and a
chronic womaniser.
He boasted that he is above the law in Lagos by virtue of his position but we all know that no one is above God.”
Other wives protest as Regina Daniels and 59 year old Ned Nwoko plan exotic wedding

The Presidency has reacted to widespread rumours that the Chairman of
Independent National Electoral Commission (INEC) Professor Attahiru
Jega, had been sacked by the Federal Government.
A presidency official told Vanguard on Tuesday, February 10, that
“the rumoured sack of Jega is not from the Presidency, but part of the
propaganda by the opposition to soil the good name of the President, to
discredit the government and cause trouble.”
The official said there were no plans in place or in motion to remove
the INEC chairman from office, stressing that the current
administration is a law-abiding government that “follows the
Constitution in the discharge of its duties, including the Chairman of
INEC or any member for that matter.”
“The laws are clear about the question of leaving or not leaving and
government has nothing to do...

Social Media Week Lagos 2015: The Blogger, The Law and The Brand 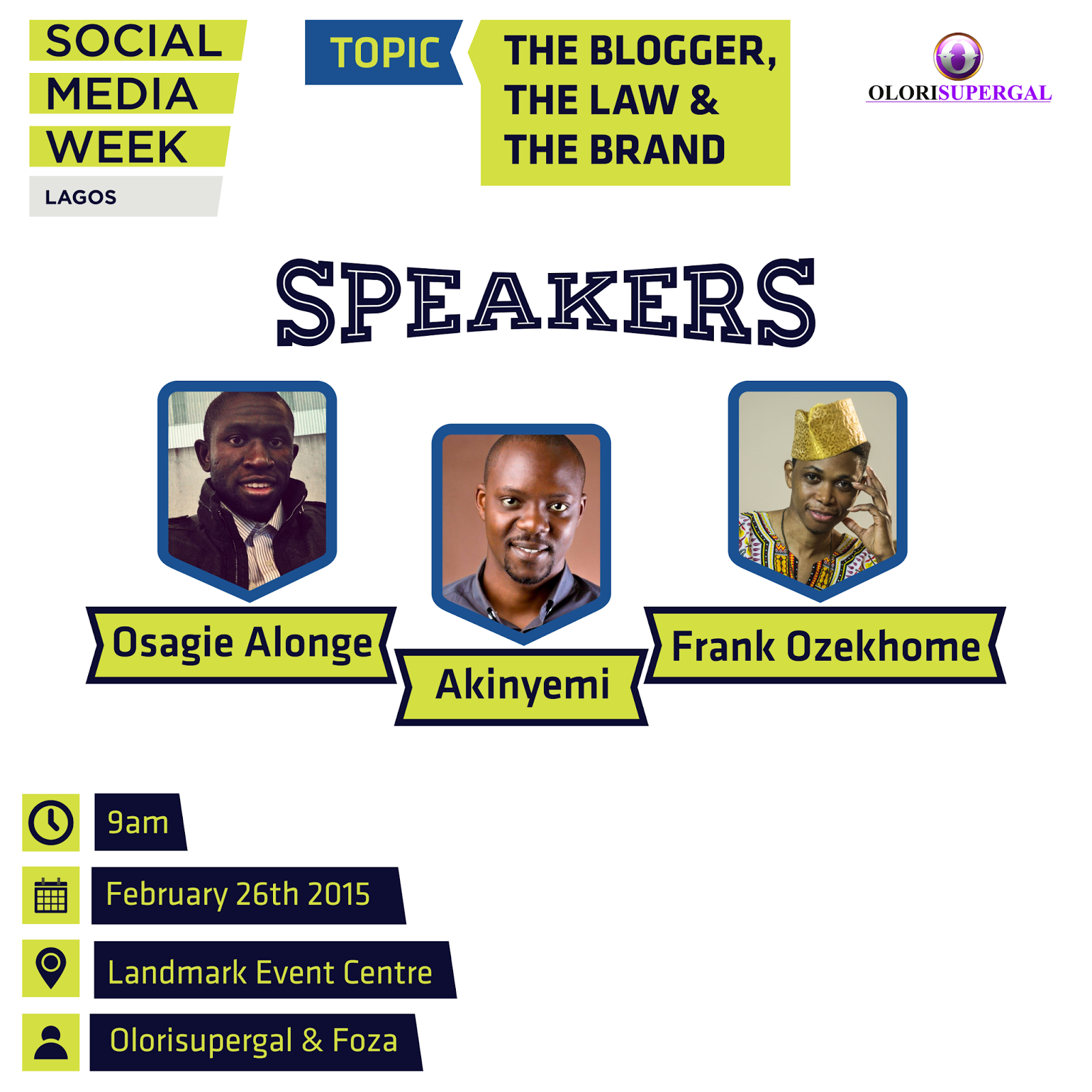 The Blogger, The Law & The Brand is a master
class panel session hosted by Olorisupergal and Foza, that is targeted at the
newly founded niche in media called “Blogging”.
The event is going to explore the blogger’s responsibility in the media world,
the business opportunities involved and the legal operations in blogging.
In lieu of the theme of this year’s Social Media Week
2015 theme, “Upwardly Mobile: The Rise of A Connected Africa”, our session
would explore a fundamental structure for the blogging community which is fast
becoming a new employment sector in Africa. The...
Click to Continue Reading
News Lol, this is serious...Wonder if
Nigerian cinemas are taking 'preventive' measures too, lool.

In a very pre-emptive move, cinema chains across America are reportedly
taking drastic measures to preserve the upholstery of the seats in their
screens ahead of Friday's long-awaited release of 50 Shades Of Grey.


The movie based on the best-selling novel by British author E.L. James, 50
Shades Of Grey tells the story of a young woman’s journey into the world of
kinky sex after she begins working for bondage enthusiast Christian Grey.
The $40 million movie which stars Dakota Johnson and Jamie Dornan will be
released on Friday, the 13th of February, 2015.