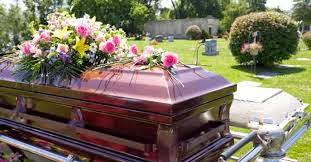 A 70-year-old man village Chairman and a retired
staff of Chevron Oil company, Collins Iheanacho,  has slumped and died after
a marathon sex with two secondary girls aged 14 and 16 in a hotel room
located at Ogbaku, Mbaitoli Local Council Area of Imo State.

Some villagers who spoke to Sun Newspapers, claimed the deceased was in the habit of luring teenagers to the hotel.
The two teenagers were said to have been regular sex partners with
the late randy old man even after reprimands by their parents.
On Saturday however on arrival at the hotel room, the two girls
jumped into bed with their sex partner almost at the same time. However,
he had barely finished a sexual round with one of the girls when
suddenly he started panting and later gave up the ghost.
However, sensing danger, the sex workers left their lover boy in the
hotel room until they were later arrested at their respective homes by
the police.
The state Police Public Relations Officer (PPRO), Mr. Andrew Enwerem,
confirmed the incident that the girls had been arrested and were
already in police custody while police investigation was on.

So Tonto Dikeh's MR X is someone else's husband...(photos, story)