Narrating her ordeal, Iya Oyo said
she was on her way to a commercial bank in Okesa area with her son on Monday to
withdraw some money when one of the rams reportedly owned by a manager
of a filling station in the area went berserk and gored her, fracturing her
right thigh.
The woman who was writhing in pains
at a traditional orthopaedic clinic where she was rushed to by sympathisers,
said that she fell  immediately after the attack and became unconscious
only to find herself at the clinic where she regained consciousness.
According to her, “on the fateful
day, I was going to the Union Bank with my son. We were walking on the walkway
and saw the rams in front of us but not knowing what was on their mind.
Immediately they sighted us coming, one of them rushed and hit me several times
with its horns. Immediately, I fell but as I was struggling to get up, the
second ram joined the first to attack me. Thank God that some people came and
saved me from untimely death in the hands of these “mad rams.”
Residents who do not want their
names in print described the rams as “too notorious and always ready to attack
people at sight. “We have complained several times to the owner of the rams to
tame them but to no avail. The animals are always roaming the streets and
daring people,” they said.
She said the owner of the animals
had gone into hiding since the attack without offering any form of assistance
to her.
The director of the Tradomedical
Clinic, Chief Ezekiel Ogunjemilusi, said Iya Oyo was brought to his clinic with
fractures on two sides of her right leg noting that the injury will take few
weeks to heal.
Though there was no official
statement, a highly placed police officer at the Area command confirmed the
attack.
Davido ft. Chris Brown - Blow My Mind

Michael, one of the sons of former boss of the Nigerian Civil Aviation
Authority, Dr Segun Demuren, is getting married to his lady,
Samantha in Dubai this morning.

The boys definitely turned all the way up in the few days they were there - they partied hard like no man's business last night and arrived the wedding in posh trad. attires this morning.
See photos below:

A few weeks ago, precisely on the first on January, a 32 year old
Lagosian, Kayode Osikoya, murdered his mum, Madam Olubode, a former
street sweeper with the Lagos State Waste Management Authority (LAWMA).

According to the police, Kayode who had slept in the same room with
her 60-year-old mother woke up with a start, suddenly ran berserk and
reached for a nearby empty beer bottle and smashed it on her head.
He howevercame to his senses as he was confronted with the gory sight of his mum’s corpse ly¬ing stone-dead.
The suspect now being held at the...

Talented singer, Omawumi has married the father of her daughter, Tosin Yusuf. 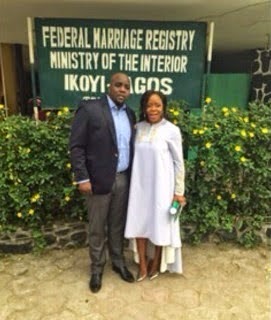 The lovebirds got married on Friday a the Ikoyi Registry, Lagos after getting engaged last year.
Their baby girl, Kamillah was the flower girl at the low key wedding which had just a few friends and family members in attendance.

Oh by the way, Omawumi is expecting baby two.
See more photos below: 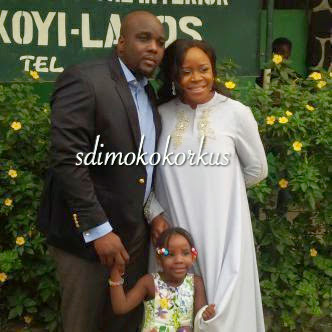 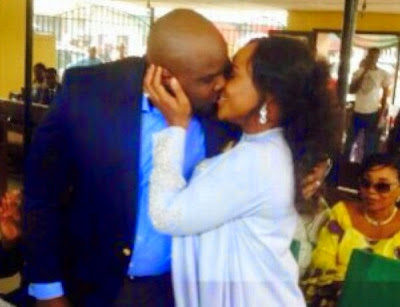