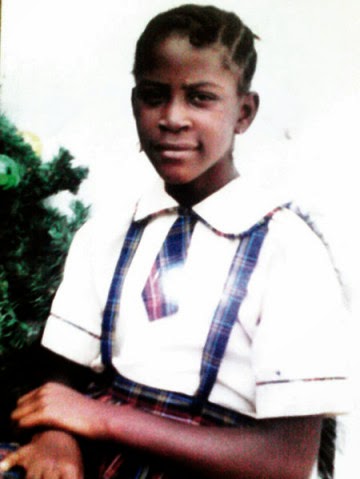 A 15-year-old student, Precious Okoro has been kidnapped from Ogun state and taken to Niger Republic.


Reports say the kidnapping syndicate has demanded a ransom of $100,000 for her release.

The victim’s father, Nwaigwe, told Punch Newspapers that Precious was
kidnapped around Songotedo, in the Ajah area of Lagos State, where she
had boarded a commercial vehicle en route to her school in Ikenne, Ogun
State.

“My daughter, who was on holiday, was returning to her school in
Ikenne Communty College, Ikene, Ogun State. On Sunday, May 25, 2014, she
boarded a bus at the motor park in my presence and I bid her farewell.

“I thought she was already in school until the principal called
me and said the school was about writing exams and nobody knew her
whereabouts.

“I quickly informed the police at Ajah, and the
Divisional Police Officer told me to be calm and wait because it was
possible she went to a boyfriend’s house and they probably wanted to
fleece me.

“One fateful morning in August, I saw an international line and
the kidnappers said they were calling from Niamey in the Niger Republic,
adding that if I wanted to see my daughter alive, I should pay them
$100,000.”

He claimed he did not take the callers serious, until he heard the
distressed voice of his daughter, who told him they were indeed in Niger
Republic and that the bus she boarded that day was owned by the
kidnappers.

“I told them to send me an account number, and they
sent an Ecobank account number belonging to one Nwachukwu Daniel. I did
not have the money they requested and I contacted the police for help,
but I was asked to still exercise patience.

The Police Public Relations Officer, Kenneth Nwosu, said he would
call back, but had yet to do so as of the time of filing this report.