President Goodluck Jonathan’s mouth piece, Doyin Okupe has listed out a few of the achievements of the incumbent president.

While speaking as a guest on a current affairs programme on
Silverbird Television some moments ago,  Doyin slammed the media for not
being supportive and being fair to the People’s Democratic Party
presidential candidate, Goodluck Jonathan.

According him, the media is trying to downplay the ‘works of Goodluck Jonathan’ such as:

1. There is now a  50% reduction in maternal mortality rate in Nigeria.

2. This government has built 38 dams. I did a programme called four
impactful years. They were shown on television. We are not deceiving
people.

4. If I tell you that the Benin-ore road used to be a death trap.
People used to spend 24 hours on the road, today day spend three hours.

5. If I tell you the Lagos-Ibadan express road was built in 1976  or
something like that and from that time or more than 30 years nobody did
anything.
“If people deliberately refuse to see and the media find a way to
underplay the achievements, we will keep trying, we will keep trying.
Our God will justify us. We don’t have the media behind us but we have
God behind us” he prayed.

Someone lists out Nine Reasons Most Nigerian Ladies Don’t Get Married…you agree?

A Nairaland user posted this thread on the platform moments ago and we decided to share it here, read through and tell us if  you agree.

1. Many African ladies will end up singles for life because of media
exposure- it is so disheartening how a lady will glue her eyes on a
mobile phone from morning to night, only to raise it up to focus on
television to watch another celebrity entertainment channel. Tell me,
what else will dominate this lady’s mindset aside how to live a fake
celebrity life being promoted on television channels?

2. Many
African ladies now dislike cooking and home chores just because they had
been totally brainwashed by movies showcasing men playing the role of
women in a family, and due to excessive exposure to modern media that
promotes gender-equality in a destructive way that’s aimed at destroying
the unique African family...

Nigerian designer Yomi Casual
celebrated his birthday a few days ago.
Mike Ezuruonye, Daniel Lloyd,
Lisa Omorodion, Empress Njamah, Yolanda Okereke, Sexy Steel, Melvin
Oduah, Alex Ekubo, IK Ogbonna, Uti Nwachukwu, AY Makun and more showed up at the house party to celebrate with him but it's all like all they did was take selfies.
See photos below: 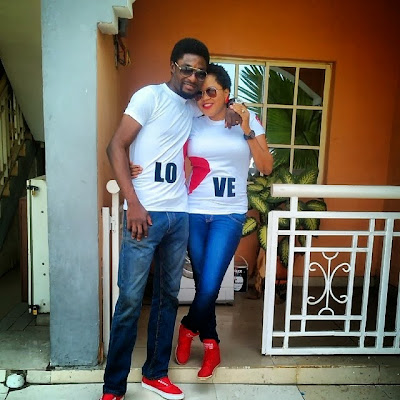 In this recent interview with the Nation newspaper, actor Adeniyi Johnson opened up on his marriage to Toyin Aimakhu. See excerpts below:

Was it easy scoping her?

Bros, no be small thing o. It wasn’t easy. Then, there was the difference
in status. She was a celebrity while I was an up and coming (actor).
But we became very good friends. We were so good that we hardly could
not do without chatting a day on BBM. The feelings started developing
for me, but you know, initially, you have to be very careful. One way or
the other, things led to her deleting...