Often time, we get to see a lot of
people glued to their phone. in the bus, on a date, at an event, in a meeting,
at the cinema and even when driving and ignoring the risk involved.

We see
people so engrossed with activities on their mobile phone. It’s obvious that
this behavior is so widespread that we all know someone who has a problem
separating him or herself from their device. So, what can you do when someone
is paying attention to their cell phone instead of you and how can you
safeguard yourself and those you love from becoming “that” person. I hope you
find the tips below useful..

1. Protect Your Family by
Establishing Best Practices
Your world begins at your front
door. In your home establish rules for device usage even (and especially) if
this means that as the parent you’ll be the first one changing your ways. Since
it’s easier to keep away from your phone, when it’s away from you, establish
physical distance between yourself and the device. It’s soooo tempting to “look
just this once” when the phone rings, vibrates, or chimes that is less tempting
if we keep a good distance.
2. No devices in the same room as
where activities are happening
No devices in the same space where
family discussion or joint activities are happening. Educate your children about
how their time and attention is a gift they give the other person that no one
else can give. It’s one-of-a-kind. Priceless. And valuable to the person
receiving the attention.
3. Send An Unspoken Message Through
Your Actions
When you’re with someone, noticeably
take out your phone, put it on silent or turn it off and put it away. It sends
the signal that you’re going to be tuning into them. Hopefully, they’ll follow
suit.
4. If Your Phone Makes Sounds
Apologize
If you forget to turn your phone off
and it makes any sound, without reading what it says, turn your phone off, and
apologize.
5. If Someone is Occupied on The
Phone Offer to Leave Until He or She is Finished
Whether you’re at your friend’s
home, a business meeting, or out-on-the-town, if someone is wrapped up in their
phone, offer to leave them alone until they’re done.
6. Explain to The Other Person How
His/Her Actions Are Making You Feel
There comes a time when a person
needs to know that you have boundaries and that they’ve just stepped on them.
This isn’t being rude, (if you say it nicely) it’s letting him or her know that
their behavior isn’t the type you choose to be around.
Dad defiles his 2-yr-old daughter

In a chat with ICampus, actress Vera Kanu who was a mother figure to
the late actor, disclosed that he discovered his kidney problem a long
time ago but like most people, he thought he could manage it.

According to her, he ignored the pain and continued working without
paying much attention. He only took his drugs and medication once in a
while as ‘Muna never believed the ailment could lead to his death. He
believed he would survive it like he did the gunshot and death of his
parents. He was not a man given to worrying about things. He believed it
was not a coincidence his parents named him Munachimso, a name which
means God is walking with me.’

Ini Edo is concerned about Muna Obiekwe’s wife and kids :(

Peradventure you didn't know, the late Muna Obiekwe had a wife and kids...and Ini Edo is more concerned about them than anything else right now.
Read her message below:

Oh
lord I am heartbroken to say the least. I know we ain't suppose to
question God, I just can't help dis one ..... His little kids n young
wife...where do they go from here? rip muna obekwe ,u were a good happy
jolly good fellow . Worked with u on several projects n I sincerely
can't remember u having issues with anyone . U will be missed. I can't
still believe dis.

Yesterday, we published a report based on a first hand narration of a twitter user on how her friend died, Ese Aghaga in the hands of her violent husband. 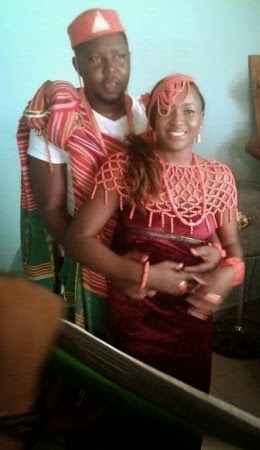 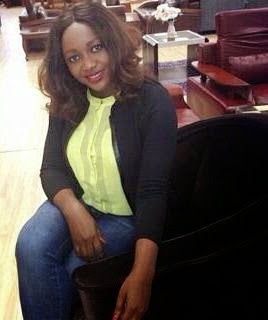 The family of the young lady sent in a statement moments ago, reacting to the report. Read it below:


It is sad people will jump to conclusion from mere desperate lies posted to you. I am the younger sister to late Ese Tracy Egagah Enearu who died on Saturday in Delta State. The Bisi who started this whole story is unknow to Ese's
family and never her friend we know of. My sister died of an ailment we
are still trying to confirm through an autopsy and not from domestic
violence as wrongly informed by...