It appears Christ Embassy now charges fees from peeps to attend their programmes – it happened at the crossover service/New Year Eve service which held days ago and the best part is, not many could afford the fee and even those that could afford it are presently complaining about it.

PM News reports that the church asked worshipers to pay
the sum of N1000 each before they can get into the church for the cross over service, and those who couldn’t were simply asked to go and watch it online for free or attend another church.

Worshippers who wanted to attend the crossover service at Christ Embassy’s headquarters on Billings ‎Way in Oregun Area of Lagos on 31 December, 2014, were made to obtain gate passes that sold for N1,000 each.

Many people described it then as extortion, abuse of ‘Jesus’ teachings and another confirmation that some Nigerian churches and pastors are more interested in making money than winning souls for God.

But the church explained, though informally, that it was a way of controlling the crowd and discouraging thousands of people who come to church once a year on 31 December and prevent “real worshippers” from securing seats at the headquarters on that important night.

The argument did not win many fans and under a barrage of
criticisms, the church prayed the matter would be forgotten. Nigerians also
hoped gate fee collection would stop.

But the practice has continued and is now seen as routine with those who cannot afford the money being turned back on 31 December of every year.   With a sitting capacity of roughly 20,000 seats, Christ Embassy might have made at least N20 million from the sale of gate passes used for the crossover service.   Worshippers in Christ Embassy and former staff have complained in the past that the emphasis was often too much on money in the
church rather than on spiritual things Jesus Christ taught his disciples.

While virtually all prosperity churches in Nigeria apply the
principles of “giving ‎to the church to receive from God”, many say the level
of financial demands and pressures in Christ Embassy Church is unusually high.   Since the revelations about the gate fees collection at
Christ Embassy Church were made public last week, Nigerians have continued to
express shock, outrage and indignation with many finding it hard to believe it.   Many Nigerians expressed their indignation on the social
media, especially Facebook. ‎”Gate fee collection appears good
for crowd control in a theatre or secular concert, but not sound enough in the
house of God where Christ the head of the church bids everyone to come, even
when they only respond once in a year,” ‎said Femi Olulowo on Facebook.   He said the church should rather see their once in a year
response as an opportunity to reach out to the loss (non regular attendees) and
make disciple of them as Christ commanded.   “Even if the church prefers his
already saved members to partake in a particular service, gate pass should have
been given to them at no cost and they will have the privilege of going in first.   “The crowd control rationale for
gate fee collection in church in my opinion is world based,” he said.   According to ‎Onyeka Daisy Okochi, salvation doesn’t come at
a cost.   Daisy said in the Bible, a man who wanted to pay for
salvation was refused.   To Oyagha Anthony, Nigerian worshippers are gullible. “Did
God come down through him (the pastor) that day?,” he asked.   “I have watched the man preach
severally and I don’t know the magic in his sermon and anointing that keeps
making people fall for his tricks and gimmicks.   “He quotes one Bible reference and
shouts as if he just revealed what no man had ever read or seen in that passage
before and then takes a run front and back and they all starts shouting. Just
disgusting most times,” he said.   To Clement Ali, “‎does it mean if I don’t have N1000, I
won’t be allowed into the service?   In that case, his intentions is the money.”   “Let them continue to pile up riches
for themselves here on earth where moths will eat up and where thieves will
break through,” Ali said.   He added: “SALVATION IS FREE and cannot be bought with
money. Jesus said, freely l gave you, so also, freely ye shall give.”   According to Erijery Reuben Mateta, some people are born
spiritually blind, deaf and dumb.   “However you preach to them they
will never hear and understand,” Mateta said.   Eyitope Akeju could not believe that gate fees were
collected at Christ Embassy Church on 31 December. “Somebody should please tell
me this is not true. If it is true it means corruption is now everywhere,”
Akeju said.   Patrick Orkuma asked sarcastically; ‎”Are you people just
realising now that most of these so called Men of God are con men? People have
been paying for prayers, so why can’t they pay for venue?” ‎ To Aderibigbe Oluwasanmi; “‎Why are we going to blame a business name for doing his business, he is bussines man not a Pastor for
real‎”. ‎ Many others who commented on the social media were critical
of Oyakhilome and Christ Embassy Church, urging the church to stop the
practice.   Others even asked for tax officials to step in.   With over 70 per cent of Nigerians living in abject poverty
and on less than two dollars a day, many believe that demons are responsible
for their financial, physical and emotional problems.   They run to pastors for healing, miracles, blessing and
protection.   But once in church, pastors often tell worshippers that to
prosper and be blessed by God, they need to give ten per cent of all their
income as tithe to God. Some also say they need to give ten percent of all
their increases.   By giving to God, they mean, they need to “sow a seed in the
church”. When they give money to the church, worshippers are ‎told, the “money
goes into their future” to transform their lives.   To refuse “to sow a seed” is “to condemn oneself to a life
of hardship and misery”, pastors say.   But while few worshippers eventually prosper, it is the
pastors who end up becoming extremely rich.   Many Nigerians pastors now own businesses, cars, houses, and
investments within and outside the country. Some even own private jets.   Many say with his business model and financial strategies in
the church, Oyakhilome was named by Forbes as one of the richest pastors in
Nigeria.     He travels around the world in a jet and moves around Lagos
with bodyguards and heavily armed policemen.

Wole Soyinka opens up on his battle with prostate cancer

Acclaimed man of God, Apostle Johnson Suleiman has released what he
believed would happen in this New Year. One of his prophecies was that
2015 election would be a replica of June 12. He said Jonathan should be
prayerful as there are plans to kill him. Suleiman who head the
Auchi-based Omega Fire Ministries also said the queen of England and
Shehu Shagari may die.
See the powerful prophecies below:
1.There shall be harvest of testimonies for women looking for fruit of the womb.

3. I see a woman becoming the president of America, but her health needs attention.

4. Britain needs prayers because of her Queen.

5. I entered the house of former president Shehu Shagari in the spirit and I saw RIP; he needs prayers.

6. There shall be agricultural boom...

FG proposes N517.9 Million Expenditure on meals for Presidency, Others in 2015

By Tireni Adebayo
The federal government is proposing a budget of N517.9 Million this
year for food and refreshments for the presidency, as well as “the
Office of the Secretary to the Government of the Federation, ministries
of power and petroleum and their parastatals.”

And Toke Makinwa replies the journalist who called her ‘fake’… 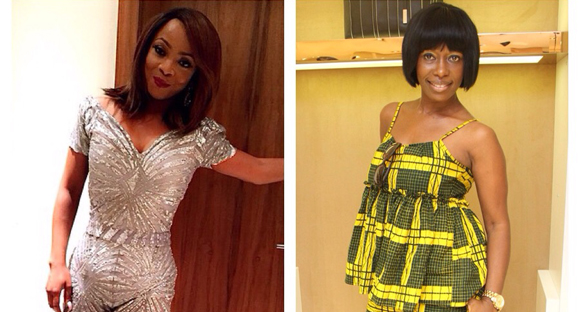 Toke Makinwa has replied!
Earlier today, a journalist Azuka mocked Toke Makinwa in a verbose article and called her fake, well Toke who just arrived Lagos from her one week vacation with hubby in London, has responded and her reply is er, Epic. See response below: 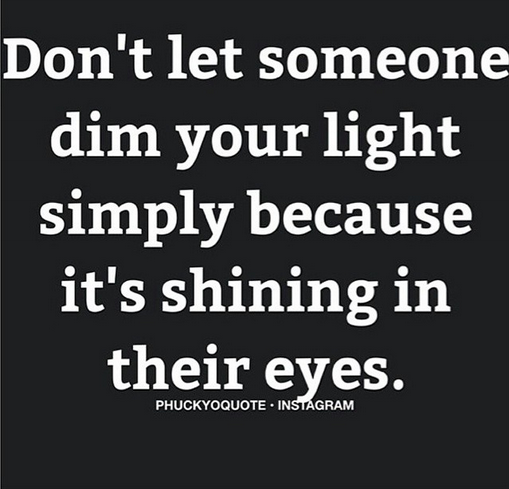