A university grad­uate, Sheriff Charles, has been arrested for burying 25 raw eggs around the LEA Primary School, Nabor, a village close to
Angwa Rukuba, Jos, Plateau State.
According to Sun, THE alleged culprit, Charles, who resides in the village with his
parents and other siblings was said to have gone to the school after
closing hours on Monday, No­vember 24, 2014 to bury the eggs between two
blocks of classrooms. As he claimed, the intent was for him to receive
favour from God and man.
Charles has remained unemployed long after completing the
mandatory one year service, thus prompting his recourse to what has now
been interpreted by people in the neigh­bourhood as diabolic self-help
that expectedly sparked off apprehen­sion in the village. The head of
the school, Mrs. Deborah Solomon, said the pupils are now scared to come
to school.
Her words:

“We the teachers are even scared because we do not know his motive. He
buried the eggs where the children normally go to play. We do not know
wheth­er it could be a threat to the lives of the pupils or it would
have effect on their wellbeing. Up till now if I say I am happy, it is
not true. I am truly worried. To encourage the children to come to
school, some of us brave the odds and come to school. Since the
incident, we do gather the few pupils who still come to school to pray
for our safety. I have been encouraging them to believe in the living
God and not the type of god people like Sheriff believe in. I do tell
them that our God would not al­low evil things to happen to us. So they
should not be afraid.”

Though Charles insisted that the eggs were not to harm anybody but meant
for his own good, Solomon said the teachers do not believe him.

“When we asked him to drink one of the eggs if they are not harm­ful, he
refused to do so. If they have nothing to do with anybody he could have
buried them in his house and if not his house, by the stream behind the
school where people rarely visit or by the hills behind the school but
not in the school prem­ises. I do not know why he chose this school.
There are other private schools around here but he chose to come here.
Is it because it is mainly patronized by the poor?”

Giving insight on how Charles was discovered, Solomon said she had
already gone home on the fate­ful day, but a pupil of the school
recalled seeing Charles with a poly­thene bag in school. He dug a hole
in the ground and put something in it. The pupil ran into the village to
alert some people including one of their teachers living close by.
By then the villagers had al­ready caught Charles, who was being dragged
to the house of the Mai Angwa of Gwom Nabor, Mr. Sani Aware. The crowd
was just too large that it was not possible for her to even see the man
initially.

Comrade Marta, who is the state treasurer of the the Plateau State
chapter of the Nigerian Union of Teachers, said the mob was ready to
lynch the man. Some were even throwing stones and other objects at him.
But on getting to Mai Angwa he took the suspect in and prevent­ed them
from killing him. The peo­ple were very angry because they said the man
could as well have planted a bomb in the school prem­ises without them
knowing, given what is happening in some parts of the country now.

Having taken effective custody of Charles, the Mai Angwa used the
security number circulated publicly to invite the police and promptly
handed Charles over to them.
Continuing the tale, Ibrahim said:

“He was taken to the school where he dug out 21 eggs in one of the
holes. We did not see the second hole until the following day when one
of our teachers was checking around. After putting the eggs in the
holes, he had used dry grass to cover them up. Actually the teach­er had
used her foot to remove the dry grass when one egg popped out. Three
other eggs were discovered in that hole. This is why everyone is afraid.
If we had not discovered the other hole, nobody would know it was
there. Now we do not know whether there are other eggs buried in other
spots yet to be discovered. This is why everyone is afraid.

“When the man was questioned even while being taken to Mai Angwa, he
wanted to confess but his mother who came to the scene did not allow him
to talk. She was busy shielding him. Even when the villagers were
throwing objects at him, she was using her body to parry them. At a
point, her wrapper loosened from her waist without her knowing. When
Charles was fi­nally taken into the custody of Mai Angwa, he confessed
that he did it to gain favour from man and from God because he was
unemployed.

He said he got the idea from one of his friends during his NYSC days,
who told him, “If things are not going well for you in life, you can go
and bury eggs in a school and immediately things will change for you.”

Since Charles completed his service, he had not got a job and everywhere
he went, he met brick walls. Then he remembered what his friend said
and wanted to exper­iment it. When he was asked why he chose the school,
Charles said it was because it was closer to where he borrowed the
digger and the shovel.
From information gathered, he had asked his younger brother to collect
the instruments for him from a nearby house. To conceal his motive from
his younger broth­er, he sent the innocent boy to buy him suya (roasted
meat) at Angwa Rukuba, believing that he would have finished what he
intended before the boy would come back. When the brother came back, he
saw him in the midst of the crowd that was trying to lynch him.
Broth­erly affection gave him courage and strength as he tried to rescue
him, not knowing what wrong he had done.
From every indication, the vil­lagers are telling Charles to tell his
story to the birds because they do not believe one word of what he said.
Their doubt stems from past experience that members of his family are
alleged to be notorious for committing such diabolic acts even before
they moved to Nabor because of the crisis that rocked the state
capital.
While Charles was be­ing led away despite the strenuous efforts of his
mother and brother to free him, a woman came to the scene and asked the
villagers why they allowed the family to live there. She said they were
known for such diabolic acts while in An­gwa Rogo from where they moved
to Nabor. This explained why his mother tried to protect him instead of
scolding him for getting involved in such an action.
Following this development, the villagers have served a quit notice on the family to leave the village.

“We do not know whether it was their native doctor that gave him the
eggs to bury in the school. They could be members of a cult and could
pose danger to even the whole village. So they must leave,” said a
villager.

Meanwhile Charles has been charged to court. The school au­thority said
it has been bearing the cost of prosecuting him alone even though it has
involved the local government council in the matter.
Charles was charged to court on grounds of constituting public nui­sance and using criminal charm.
Commotion as 2 herders are declared missing, 344 cows killed in Plateau

To the ladies who flaunt their boos on social media, this is for you!

Media personality Gbemi Olagbegi has some words of wisdom for ladies who enjoy flaunting their boos on social media, enjoy tweets below: 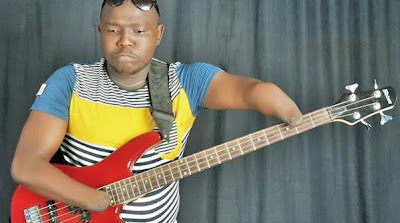 You wanna be inspired this Monday morning, then read this
ah-mazing story of Simeon who against all odds is living a life of purpose.
While many with the same condition have resulted to begging, Simeon Djagbo has
become not just a fine musician but an inspiration to many. He is a University
graduate of DELSU and is now running his Master’s programme.

With determination and great courage, Djagbo has risen above his deformity and
is enriching his life, buoyed by a strong belief that God has a reason for
letting him be born without palms and fingers. By the time Simeon was almost
five years old, his musical talent had become noticeable. As he now
says, his musical talent is “a gift to...

A Twitter user, @kherlifa
pictured above, a few hours ago, disclosed that six corps members were caught 'banging; a married woman in the Lagos NYSC camp....see tweets below: 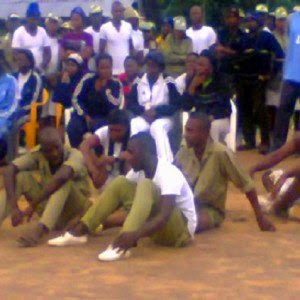