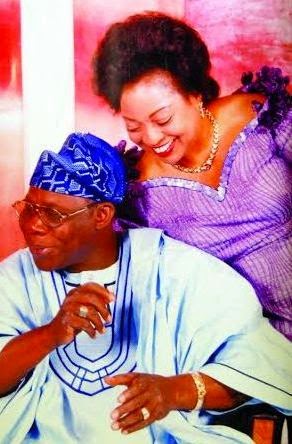 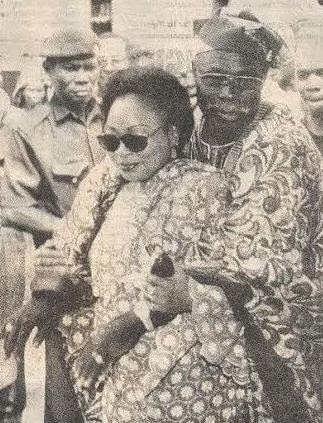 It’s been over ten
years since Stella Obasanjo passed on…she died after undergoing a cosmetic surgery…and for the first time, Obasanjo has
publicly talked about her death!
In his controversial new
autobiography titled, My Watch, former President Olusegun Obasanjo said he
didn’t know that his late wife, former First lady Stella Obasanjo had been
planning to undergo a tummy tuck to mark her 60th birthday anniversary.
On page 240 in Volume two of his book, Obasanjo said it was after she had died
on October 23rd 2005 in Spain that he found out what really killed her. What he
said after the cut…
READ
We are not conducting recruitment exercise, beware of fraud - NCDC

“After the internment, I
decided to look into the circumstances of her death. I found that part of her
60th birthday anniversary, which was unknown to me, was her operation for her
tummy and her shape.”
The former President said through
the help of the Nigerian Embassy in Spain, he was able to get justice for his
wife who according to him, died due to the cosmetic surgeon’s
carelessness
“I instructed that the doctor and the clinic be
prosecuted. The lost life cannot be brought back but the successful prosecution
would prevent carelessness and loss of life in the future”.
He said the doctor was made to pay
damages which was collected by Olu, Stella’s only child and the doctor’s
license withdrawn.
He also addressed insinuations that
he used his wife as a sacrifice for his success in office
“Before the verdict in Spain, I was unaware of what I
came to hear later that I might have caused the death of my wife to sacrifice
her for success in my job. That is how wicked and satanic some Nigerians can be
in their rumors and mischief.” he said
Tags
autobiographies stella obasanjo stella obasanjo death

Question Of The Day: Where is Stella Obasanjo’s son?