American gospel singers, Donnie Mcclurkin and Mich Stampley learnt the Azonto and shoki dance at the House on the rock church on Sunday.
The service ‘Experience overflow’ was to cap the the ‘Experience’ worship session that held all night on the 5th of December, at the Tafawa Balewa square.
See more photos of their dance moves below:

For this year’s ‘The Experience’
event,  over 600,000 people turned up.
The night was opened with a performance for the Lagos Metropolitan Gospel Community Choir alongside Sammie Okposo. Thereafter came ministrations from Freke Umoh, Onos Ariyo and Midnight Crew.
There were also moments of prayers for Nigeria, the nation’s economy
and other state matters led by several Christian leaders such as Pastor Taiwo Odukoya of the Fountain of Life Church, Rev Sam Adeyemi of the Daystar Christian Centre, Bishops Mike and Peace Okonkwo of the TREM church, among others intermittently.
See photos from the experience below:

Angela Christie
One remarkable moment of the Experience 2014 was Nathaniel Bassey. Micah Stampley surprised the delighted audience when he joined the trumpet playing artiste on stage for a rendition of his popular song, Imela. Not long after, Grammy award winning singer, Donnie McClurkin joined the duo into what became an awesome trio as the Americans belted out Imela like it was sang in their native language.
Notable figures who attended the Experience 2014 included Jimi Agbaje, the First Lady of Lagos state, Dame Abimbola Fashola, former Minister of Aviation, Femi Fani Kayode, Lady Maiden Ibru and more. 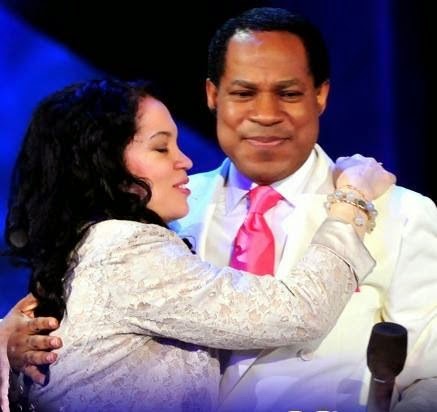 General Overseer of Believers’
Loveworld Inc. Pastor Chris Oyakhilome, recently turned 51...he had a special thanksgiving on Sunday in his church in Oregun, Lagos but marked it in
grand style last night.
The celebration was done in a ship built...