Bright Okpocha known as Basket Mouth has revealed that his wife always shed tears whenever he is away….how lovely!

See excerpts from his interview with Encomium:

What  are the low moments of your marriage, and how have you been able to manage?

Mine is different because of my job.
The low moments are times when she would cry because I wasn’t around.
These times has been difficult for us. There was a time I travelled out
of Nigeria for two months. Although during the period, I came to Nigeria
three times, and when I was about leaving the next day, she was crying
profusely.

How do you make-up?

Gifts. And whenever I am in the country, we have fun together. Like now,
she’s here with me. She follows me to everywhere I go. I am also a
houseboy, whenever I’m home, I do not leave the house. I spend every
moment with my family; my wife and the kids.

What are those chores you do at home that people don’t expect?

Advice to other couples

I’m not that experienced to start giving advice to older people but, everything centres on love and understanding
in every relationship. Look at our parents, after 30-40 years of
marriage, they are still together. Then, you ask yourself, what are they
doing right? What are they doing wrong? Then, you find out that they
are patient and tolerant. Our parents are tolerant but children of today
are not. We’re more materiali-stic, no genuine love. I think, we should
learn from our parents. If not that my dad had passed on; he would
still be married. Don’t just marry somebody because she’s pretty or
she’s from a rich family.

Khloe defends her stance in calling Leo Dasilva a snake

More than 200 Muslim youth volunteers are part of those protecting
Christians during church services to celebrate this year’s Christmas in
Kaduna, says Pastor Yohanna Buru.

Buru, a cleric of Christ
Evangelical Church, Sabon Tasha, Kaduna South, in an interview with NAN,
confirmed that over 200 Muslims were at his church to help protect the faithful from any attack during the church service.
According to him, the feat is the first of its kind after the series of crises that rocked the state in recent past.
``I really appreciate their love and care,’’ said the cleric.
Buru
said the essence of that was to protect the Christian worshippers as
part of effort to...
Click to Continue Reading
News

Orits Wiliki, the man who married his “mother’s last born” 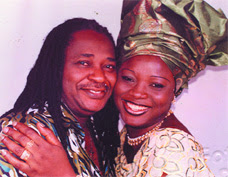 Orits Wiliki who just marked 30 years in the music industry made a shocking revelation.
Unveiling the secret of his 20-year marriage to popular actress and singer, Becky, he told Punch Newspapers:

“I married my kid sister – my mother’s last born. We are as close siblings can be. That is why we have stayed together for this long.”

Some say it is a figure of speech, while some say it is some sort of
incestuous relationship. We’ll poke our nose further into this story to
confirm exactly what the veteran artiste really means.

So 11 is a devilish number? Chris Okotie proves GEJ is an occultic man 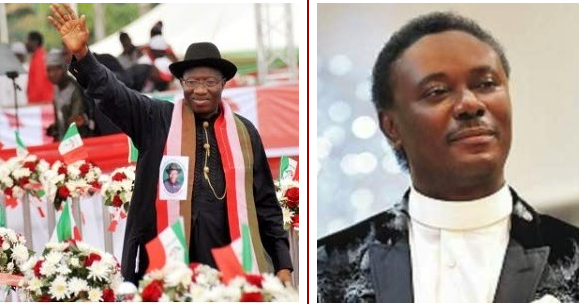 Citing GEJ’s presidential declaration on the eleventh of November,
2014 in his piece titled “2015 and our crony democracy” which was posted
on his facebook page hours ago, Okotie stated that the Presidential
declaration on November 11 2014 at the Eagle squares has an occultic
significance.

He says the number, 11,  is a sacred number in the occultic world and
that it demonstrates an appeasement of the powers of darkness to favour
the supplicant.

“The implication of Dr. Jonathan’s declaration on that day
(11-11-2014)has occultic significance. When the number is repeated, it
takes...
Click to Continue Reading