The former Attorney-General of Lagos state, Professor Yemi Osinbajo
has been picked by the All Progressives Congress, APC, to run alongside
its presidential candidate, Major-General Muhammadu Buhari, in next
year’s presidential election.

Osibajo was selected because he is a
pastor of the Redeemed Church, whose Christian congregants Buhari and
the APC are targeting in the 2015 presidential election.

Professor Osinbajo is a
Senior Advocate of Nigeria and Senior Partner in the Law firm of
SimmonsCooper Partners. He is a professor of law and was the head of
department of Public Law at the University of Lagos from 1997-1999.

He previously served as the Special Adviser to the Attorney General
of Nigeria (1988-1992), he later became the Attorney General and
Commissioner for Justice of Lagos State in 1999 reappointed for a second
term in 2003. During the period of his public service, he commenced the
Lagos State justice reform project. A prominent feature of that project
was the establishment of the Directorate for Citizens’ Rights (DCR)
which provides free legal services and legal representation to indigent
citizens of the state. This initiative gave a voice to many who would
otherwise not have a way to access their rights.

He is also the Ethics Adviser to the Advisory Board of the African
Development Bank and is a non-executive Director of Citibank. He has
served in various roles within the United Nations, United Nations Centre
on Transnational Corporations, the United Nations African Institute for
Crime Prevention, the International Criminal court for Rwanda in
Arusha, Tanzania, the department of Peacekeeping operations and the
United Nations Peace Operations in Somalia.
Prof. Osibajo is Co-founder & Board Member Convention on Business
Integrity and the Justice Research Institute Ltd. In 2007, Prof. and
his wife Oludolapo founded “The Orderly Society Trust”, a
non-governmental organization that is dedicated to the promotion of
Christian ethics and orderliness.

Wow, do peeps really hate Denrele this much?! (see tweets)

Wow, some fans can be so mean! 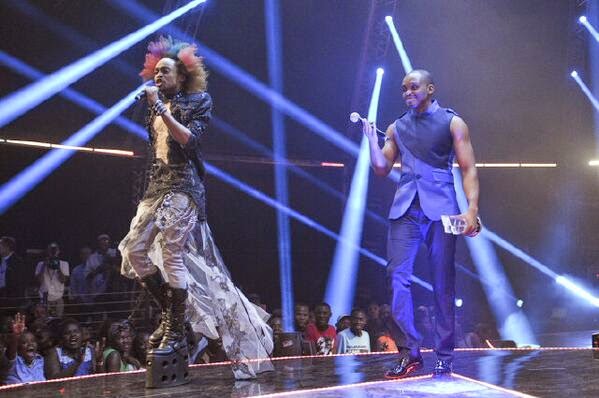 Media personality Denrele Edun a few minutes ago took to his twitter page to share some of the nastiest things peeps have said about and to him.
See them below: 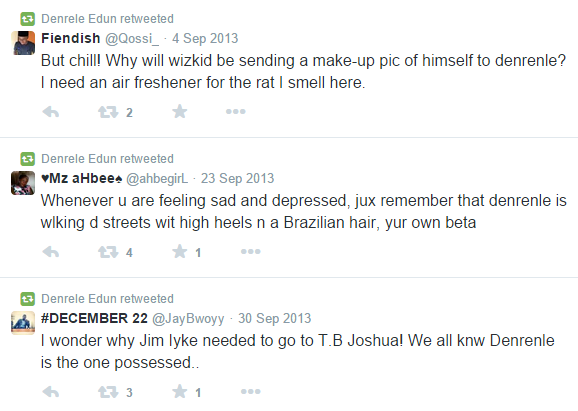 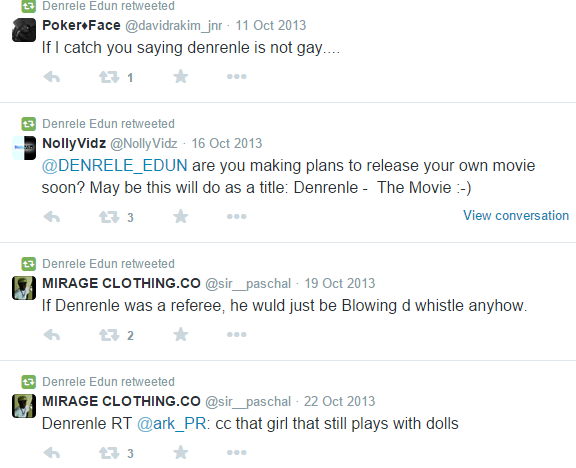 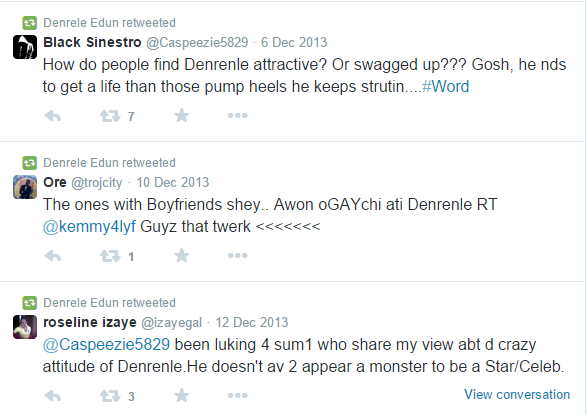 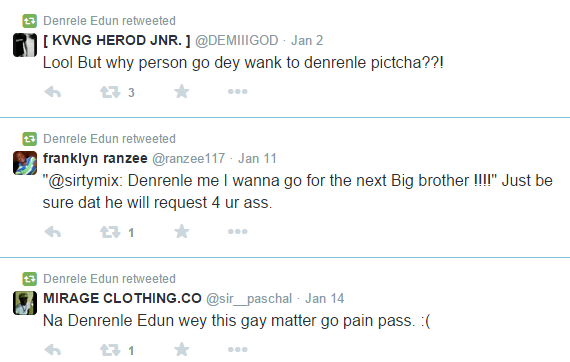 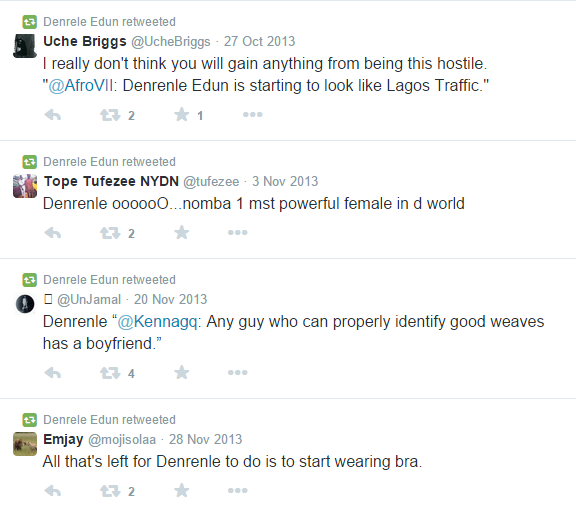 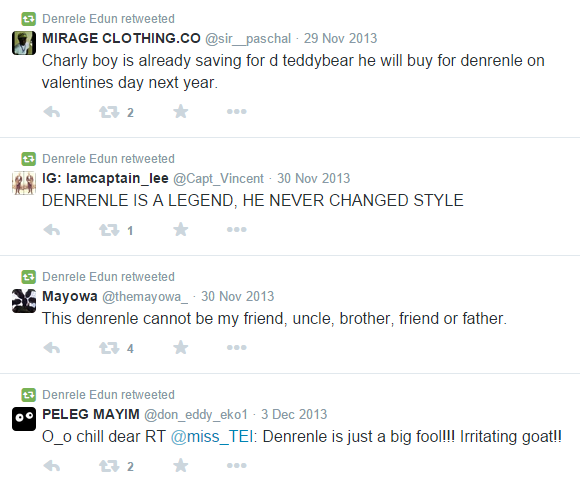 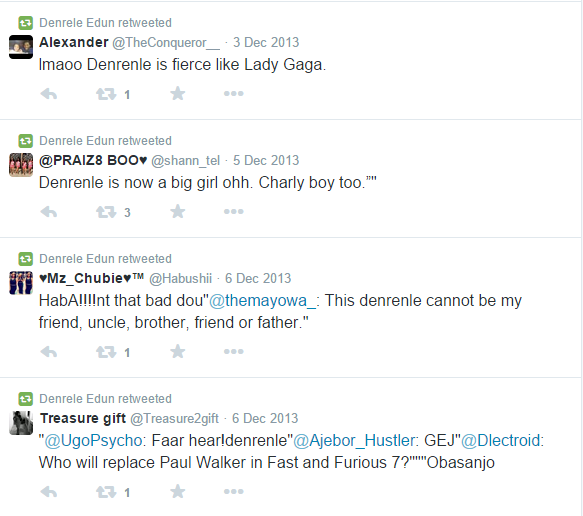 Are You Ready For Marriage? – Ariyike Weekly

Media personality Ariyike Akinbobola is out with this week’s vlog and this week she tackles the age-long question about marriage.
She says, ‘You shouldn’t rush into
marriage if you’re not ready. You might just think you’re ready because
people are putting you under unnecessary pressure to get married or
maybe everyone around you is getting hitched but in actual facts, you
might not know that you really aren’t ready to settle down.’
You can watch (HERE)
Click to Continue Reading
News

Pure Love: Osas Ighodaro reveals how she fell in love with Gbenro Ajibade 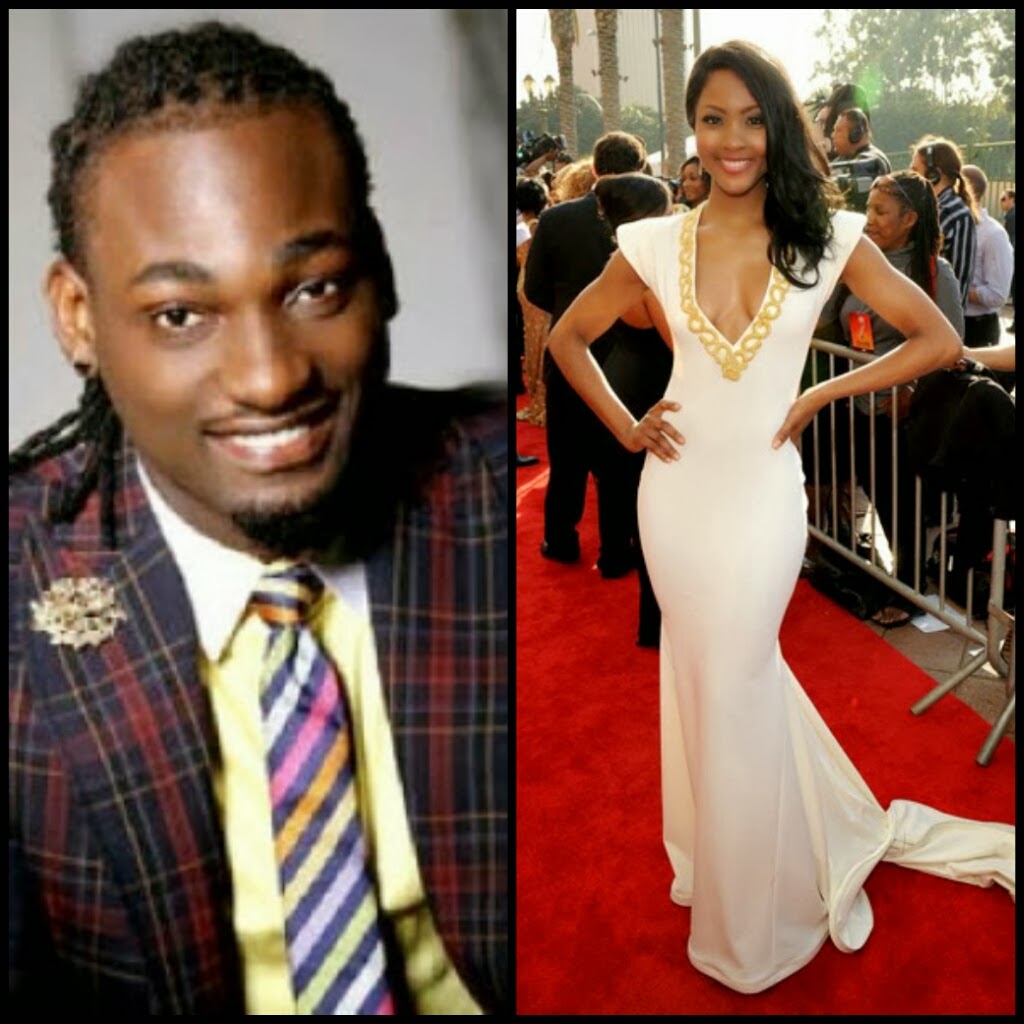 In thie edition of TW, media personality, Osas Ighodaro talked about her relationship with Tinsel co-star Gbenro Ajibade and more.

Read excerpts from her interview below:
On being bullied in school:
As I got older, I suffered low self-esteem. I was picked on when I was
in school by a black girl. Her name is Monique, can’t ever forget her
name. She would always pick on me, ‘You African, you are ugly.’ Ashe
would always make fun of the way my mum plaited my hair. I didn’t feel
pretty as I got older, I wasn’t proud of who I was.
On how she started modeling:
My dad sent me to modeling school and I did that for a year. After I
Click to Continue Reading