A 300 level chemistry undergraduate at the University of Maiduguri,
Salisu Adamu, claims to have been illegally arrested, detained and
experienced an ‘unbearable situation’ for more than three years in the
hands of Nigeria’s military.

Adamu, a native of Biu local government area of Borno state, said
he was taken from his house by the military who told him ‘not to worry,
that it was just questions and answers’.

After spending over three years in detention, he was freed last week,
among 39 indigenes of Borno State and three foreigners who were handed
over to the Borno State government by the military, after finding out
they had no affiliations with Boko Haram.

Adamu says his experience in detention was unbearable and that he was
lucky to be alive, after witnessing the death of many other detainees
like himself. He says his priority after being released, is to go back
to school and bag his degree.

“I was arrested in my house in Wulari
Street in Maiduguri. I can still remember vividly that it was 16th April
2011. I had come back from school and had my dinner. I was sleeping
when I heard a knock on my door around 9 p.m. I asked who was at the
door. Some people said, “Open the door!” When I opened it, I saw them
[the military]. I wondered what had happened. Then they said I should
not worry, I should come with them, that it was just questions and
answers. I said ok, no problem! They took me to 21 Armored Brigade (Giwa
Barracks). So I was there for more than three years.”
“While I was in detention there, I saw many
people pass away. For me, it sometimes seemed that it was the end of my
life but I kept praying for God’s mercy to fall upon me. I never knew
that there would be a day like this where I would be free. I saw hell. I
feel so happy and excited. Today is the happiest day in my life. After
such a long period of time in military detention, you should know what
one would have undergone. I saw hell, but to be candid I also consider
myself the luckiest person because many died.”
“I recall March 14th of March this year
when Boko Haram attacked Giwa Barracks. It was around 6:45 a.m. We went
out to bathe and started hearing gunshots. After our baths, we returned
to the cell. We felt it was the kind of normal testing that the military
usually does, but the gunshots became unbearable. So I heard loud
deadly weapons. We didn’t know what to do and to say, but we started
praying that God should save us. However, the next thing we heard was
“Allahu Akbar!” meaning, “God is Great!” So they [Boko Haram] came and
opened the cells and freed everyone, but about eight of us managed to
hide ourselves in the kitchen. That was how we could escape Boko Haram.”
“Looking back to my experiences in
detention for three-and-and-a-half years, I lack words to describe what
happened. My eyes saw things and I went through an unbearable situation,
but I thank God that I am finally free. The next step for me is how to
go back to the University and finish my education because I was in 300
levels when this happened.”

By Tireni Adebayo
Tragic news this morning as it has been confirmed that the leader of Bahamas Faith Ministries International Dr Myles Munroe, his wife Ruth, daughter, Charisa
and along with 6 other people died in a plane crash on Sunday 9th November 2014.
The Bahamas Tribune reports that;

The
plane reportedly struck a crane at the Grand Bahama Ship Yard,
exploding on impact and crashing into the ground near a junkyard area.
#The
Department of Civil Aviation reported that the plane was a Lear 36
executive jet which departed the Lynden Pindling International Airport
(LPIA) for the Grand Bahama International Airport.
#The
plane left LPIA at 4.07pm with nine people on board and crashed while
making an approach for landing at...

Oops, Bayelsa Govt is angry with Punch for listing it among most expensive Govt houses

By Tireni Adebayo
Over the weekend, Punch newspaper, published an article title “Govt Houses costlier than
Nigerian universities?” Apparently it didn’t go down well in some quarters.
Bayelsa state government is denying that the building alleged to be the ‘State
House Bayelsa’ does not exist in the state. 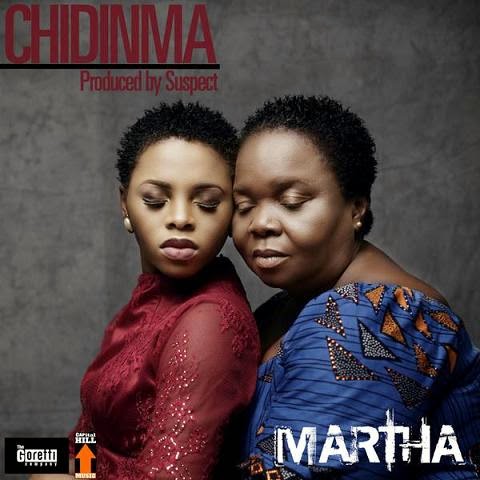 Aww, aint they lovely!  Kedike crooner Chidimma Ekile has
featured her priceless mum, Martha Ekile in her brand new song set to drop on Nov 11. The
music produced by Suspect is titled ‘Martha.’ We are loving the jerry curl hair...
Click to Continue Reading