Anita Oyakhilome, the frustrated wife of Nigeria’s most flamboyant
preacher, Chris Oyakhilome has obviously passed through 15 years of
adulterous endurance and what she needs is our prayers and protective
respect and defence of her choices to forget all the anti-rhapsody of
heartbreak she endured all these years.

Fifteen years of a husband not staying with
the wife for up to a week on a stretch, while spending time with some
double breasted figure eight(ed) daughters of eve is not an easy thing
to swallow.

15 years of being used as a showcase to make church members
believe in Rhapsodies of Blissful Union, while dying in silence, is not a
palatable experience for any woman.

Fifteen years of being called Mama, Mummy, and other glorified names
of Senior Pastor’s wife while some domestic harems sneer at the same
Mummy behind is not a sweet experience. For goodness sake, this woman
never probably had a good kiss in fifteen years and yet she is being
accused of carnality for crying out loud. She was continually being led
into temptation of seeking for sexual satisfaction from outside for
fifteen years and she managed to escape the traps of sin.

Fifteen years when their two lovely daughters would wake up and ask
their mother why Dad had not cared to visit, and she would have to
release a lie to stave off the frequent probing questions. Above all,
fifteen years when Anita had to fake that all is well with their
marriage, while she is actually dying emotionally. Every person she
complained to among the pastoral cadre sided with the man, and she was
left alone to bear her cross.

I warned some pastor friends with Christ Embassy early 2013 that they
had better settle this marriage rift between Oga and his wife before it
destroys the church. The same pastors have called me to express regret
that a national embarrassment has ensued.

This woman has been called Jezebel by some pastors and members of the
church. Some claimed she was disrespectful while others claimed she was
always bitter of recent. They have tried to castigate her before
members of the church who came in private to ask for the way out. She
was described as unreasonable and insubordinate.

Her husband, according to news reports has even followed to cast her
in bad light. According to Pastor Chris Oyakhilome, “Bitterness is
prolonged and accumulated anger. My wife is always angry and bitter,”
Going further he told his members to “Be careful of the friends you
keep. My wife keeps friends who bring out the worst in her and help her
see the worst in people, instead of keeping friends that will help her
vision, especially as the wife of a global pastor like me.”

Please, which preacher woman who has been abandoned for fifteen years
will not be bitter and angry? Was Anita expected to clap and dance
while some hot legs are parading around the White House?

This pastor’s wife was also disclaimed by her husband who told his
congregants in reaction to the divorce saga that Anita is not
necessarily a Woman of God. According to Pastor Oyakhilome “Don’t act
like those people. If you are married to a man of God, it doesn’t make
you automatically mature. You can make mistakes; you can do something
that is wrong. But some people expect the wife of a minister to
definitely be at the level of that minister and so they may be looked
upon and the expectation may be like that, but it’s a positional thing”.
He clarified his theory by saying that “If a man of God is married, it
doesn’t automatically mean that the wife of a man of God is therefore a
woman of God. That’s not the way it is in the Bible.” Pastor Chris also
added that “That’s why you don’t really find the wives of men of God
mentioned in the Bible. How many of them? Who was Peter’s wife, did you
ever know her name? You never find that out. Who was John’s wife? Did
you ever read the name? What about all the other Apostles? How many of
their names are written in the Bible. You never find their names.”

Anita Oyakhilome actually proved that she has fear of God in the
manner she worded her divorce plea. She opted to use the word
“inappropriate relationship with female staff members” instead of out
rightly accusing her husband of adultery. According to the statement,
“the wife has discussed with the husband his appropriate relationship
with some of his female staff members. She has explained that this has
given her cause for concern. The husband has minimised her worries and
taken no step to alleviate her grievances.”

Anita Oyakhilome could have said that her husband abandoned her and
ran into the arms of sister A or B, or gospel singer C or D and left her
roasting and murmuring in the house. Anita could have said that her
husband is a hypocrite who says a thing and means another, but she
veiled her grievances of years of abandonment by saying in the divorce
file that “The wife feels that she has been used to portray and enhance
the husband’s image as a family man when the reality is that there is no
existing relationship between them. She feels that she has been present
for official functions simply for his convenience. On occasions she has
been copied into his travel itinerary which has been given to him by
his staff on a need to know basis”. “The wife has tried to discuss her
concerns with the husband. He claims that she is carnal and he is
insensitive to her feelings and her needs.”

Thus Anita had acted with much restraint in order to preserve the
integrity of Christ Embassy and the work of evangelism, and all she got
for her discretion was hate messages from many sections of church
members who wanted her to sacrifice her marriage to keep them in a
rhapsody of deceit.

This woman, according to the testimony of many British residents whom
I spoke to and claimed they attend their church, is one person who is
always willing to give gifts to the needy. She is ever ready to counsel
people and does not breed class. She is a patient listener who
laboriously introduced many things in the church for which the glory
goes to her husband. Londoners believe that she is not that demon they
want to portray her as. Those who know her closely have attested to an
affectionate good naturedness and stickler for details. She was said to
have lived a life of cautious display of affluence and rather preferred
to build people and give to the less privileged, a course that did not
go down well with some of their pastors in the UK. She also frowned at
promiscuity among ministers of the gospel and some randy pastors in UK
did not like what they called her ‘judgemental interference’

Whatsoever thing some misguided church members want to think, Anita
had lived a lie for many years. Anita was said to have became born again
at Believers Loveworld campus fellowship at Ambrose Alli University
Ekpoma, while Chris was the pastor. She had probably paid her dues as a
Christian and knows what it is to deceive the congregation. She cannot
deceive herself and the church anymore thus she opted for divorce.
Divorce, according to scripture is unbiblical, but between deceiving a
congregation that already knows the truth but pretends otherwise and
staying in unfulfilled marriage, which is better. It is a matter between
her and her conscience.

Last year, a Nigerian personality blogger by name Ese Walter was
lured by her Senior Pastor in Abuja into a cosy hotel bed space in
London and after two weeks of adultery, the man cleaned up, returned to
Nigeria and told his congregation to shout some Hallelujah. The sin
partner was arrested by the Holy Spirit and she sought a meeting with
the COZA Chief to resolve the burden of guilt. She was continually
shunned and described as agent of Satan even by other senior pastors in
the church until she turned the internet into the confessional. Ese
Walter freed her conscience and probably escaped eternal damnation but
the entire Christendom took the brunt of the exposure.

Pope Benedict made several attempts to stop the incidences of
homosexual paedophiles among priest and leaders in the Vatican. His
attempts were rebuffed by a cabal of officials who resisted probe and
pious change. In exasperation, the Pontiff abandoned the Papacy and
triggered the change that is being forced down on the resisting cabal.
Pope Benedict freed his conscience and left with clean records before
his God.

Anita has chosen to free herself from a life of deceit and lies. The
truth had set her free. However, I still counsel her that if the
misbehaving preacher husband demonstrates a verifiable change of heart,
she should consider him back and so that somebody can shout some more
Hallelujah. Fifteen years of adulterous endurance in the midst of
charismatic rhapsody is not easy and Anita Oyakhilome sure needs all the
defence and understanding she can get- Let somebody shout a better
Hallelujah !
CULLED from Ynaija

Little Girl kidnapped by Paternal Grandma has been found….Grandma arrested!

The little girl who was kidnapped from the UK and brought to Nigeria by her paternal grandmother without her mother's consent (HERE) has been found.

Little Liya has been returned to her mother's family
and will soon be back with her mom.
The mom, Temmy shared the good news herself on twitter
as seen below:
Click to Continue Reading
News 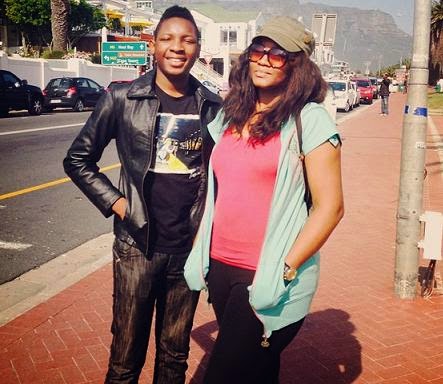 Omotola Ekeinde is the happiest mum atm.
She took to the social media to admonish her son Matthew
Ekeinde who just got admitted into an American University. Mathew is a 16 year old, music producer and he recently won the second prize  at the International Music
Conference, IMC, which held at the Sheraton Hotel in Atlanta, United States of
America. See her sweet message below:

“So as you start this new journey in
University. We love you, believe on you and trust you will be deluge by in all
your choices. I say we cos remember, you have a lot of mummies and daddies
watching out for you here too  abi ? Lol... Okay boy , enjoy the
campus life but don't relent on the music ( See... They...
Click to Continue Reading
News 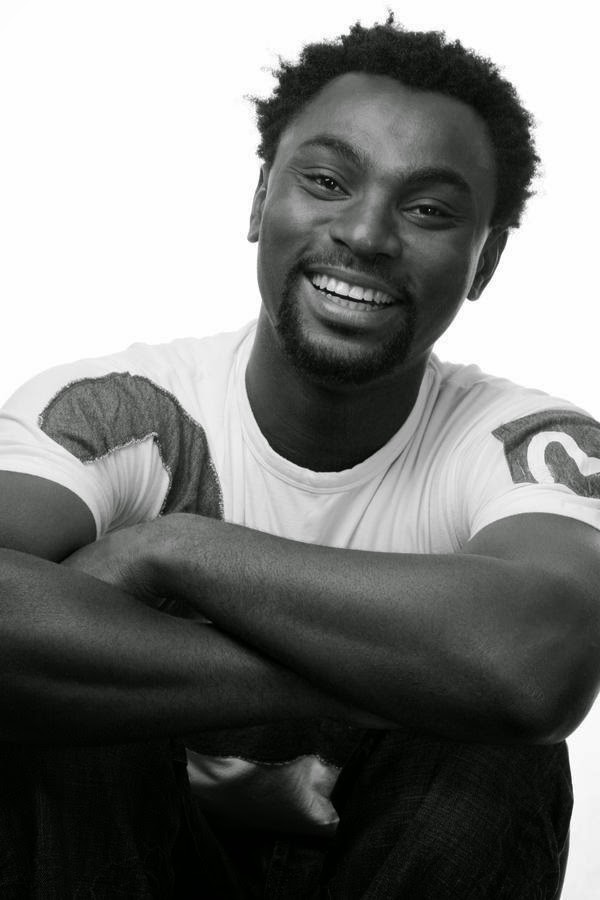 You remember Etctera, right? The singer that accused Tiwa Savage of marrying a second hand husband...well he has written another controversial article, read it below:

Our female celebrities should
admit that they are horrible at choosing their men. And as a celebrity,
destroying your man publicly makes you look stupid because you are the
one who chose to be with him in the first place. Most of you ladies want
a perfect man because you have a natural need to want to fix something about him.

And when it fails, of course, it becomes his fault for being who he
always was. Even if the guy you married was the most disgusting pig in
the whole universe, you should admit that lowering your standards so severely was your choice.