Who could have made this possible, if not God, who knows the end from
the beginning.
Today, l walk a free man. The enemy had dug a pit for me and l would
have blindly fallen into it; but God was gracious to me and he is still
with me.
I am an auto engineer with colleagues running a workshop – everyone has his own space but we help one another if and when
needs be.

An apprentice was brought to me – a young man of about 15years
old.
He had only spent 14 days with me when the incident happened.
It was a sad one indeed but it did not result into double tragedies. The day before the incident, we all left the place (the workshop) around
7pm after we had packed everything up into a common store within the
place.
The following morning, l became numb and terribly afraid because of a
dream l had.

I saw myself at a place with a uniform man clad in black
forcing himself on me. l would shift base, the man would also try to hold
me. I vividly remember telling him in the dream, ‘What is it between
us?’

He was about ‘arresting’ me when l woke up.
What could this one mean? I had to go into a fasting session.
I told my wife l was not going to work that day. She initially did not
take kindly to it, saying there was no food at home.
And truly, there was no food left except some few tins of garri (cassava
flour). And she had just put to bed our last child – (then 3months old).
When l narrated the dream to her, she understood my fear.

She had
learnt one or two lessons about my dreams in our early years of
marriage.
So l left for our church near us at 7am, met the Pastor and told him
my dream. He joined me in the church and we prayed till 12midday
before he left.
I decided to continue on my own.
The prayer point was that God should deliver me from any issue that I
knew nothing about.

Around 2pm, l switched on the phone just for me to receive a call
asking me where I was. I told the caller l wasn’t home and he hung up.
Around 4pm, l decided to have a break and walk around the church area
when a call from a colleague came in telling me to come to the workshop
immediately, that someone died. No details.
God!

With a pair of knickers and a top that had been on me, l went, with
my mind going riotous with questions.
Even when l was about to get there, people were already gathered in
2s or more, looking at me strangely.
I was deaf to what they could be saying. I knew some were pitying me and
imagining the problem l had got myself into.

On getting there, l saw the lifeless body of my apprentice on the
ground. ‘What happened? ‘ He was found dead inside the boot of the car l
was working on the previous day.
Ah you would say. May be he was locked there before l left the workshop,
was the thinking of some. It could never have been.

The boy locked the
car in my presence and put the key in the tools box.
My dream came rushing at me. I became afraid, thinking, despite my
attempt to free myself from trouble, it still came upon me. God, help
me. l could only mutter.

What saved me was that people around the workshop saw the boy that
morning. Some even sent him on errands and was also seen eating rice.
Though, there were hurdles – great ones, l went through despite these
evidences before l was let loose from the hook.

I still went through
hell before l walked out of the whole thing. Up till now, over a year
ago, nobody could explain or tell me what went wrong.
But thank GOD WHO will never leave me nor forsake me. HE cleared me!
Who would have defended me – colleagues or our neighbors? Who? But God!

Join
us next Sunday for another soul lifting testimony…BTW, if you have got a
great testimony you’d like to share, kindly send it in to
[email protected]

Related Items:kEMI FILANI TESTIMONIES, Only God could have done this

By Tireni Adebayo
For the newbies, "Breaking Soul Ties" - is a weekly column by Olusola Adio - dedicated to help you understand
what #SoulTies are and how to break them with the power of God’s Word
and the power of the Holy Spirit.
This week, we are still looking into how to wean ourselves off
#SoulTies left behind by previous relationships. We finish with steps 2 & 3 this week. #SoulTies
•
Step 2 is destroying the idols & foreign gods you picked up
in that relationship. #SoulTies
Click to Continue Reading
News

So Bishop David Oyedepo, founding
Bishop of Living Faith Worldwide, aka Winners' Chapel, turned 60
today and he celebrated it in grand style! 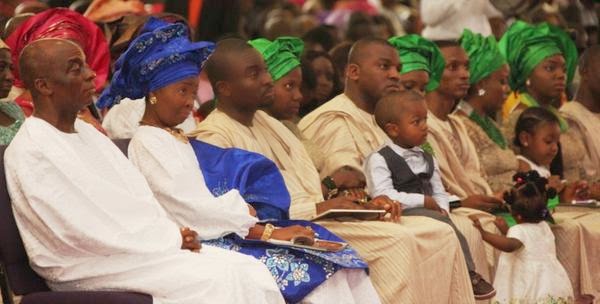 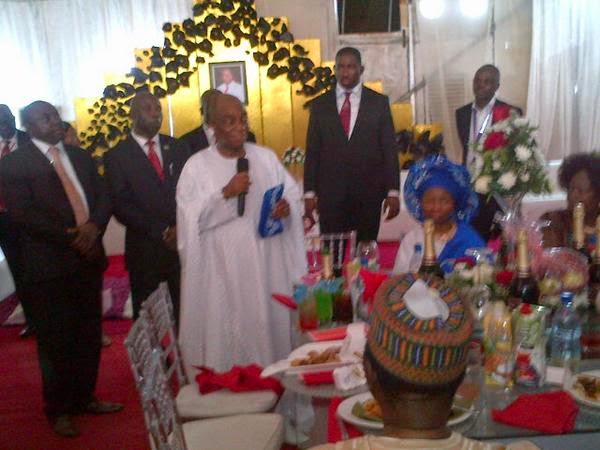 Whoop, Geoffrey Oji has emerged winner of
MTN Project Fame Season 7, beating five other finalists with his final performance
of Asa’s song, ‘Beautiful’.
Geoffrey, upon being declared winner, ‘has been
handed a cheque of N5m, a brand new car as well as a recording contract’.
Ruky was  first runner-up, winning a cash prize of N2m
and a car  while Christian was second runner up winning N2m and a car.
In 4th place is
Clement who was also given the sum of N2m.
Congrats Geoffrey!
Click to Continue Reading