The Elite Model Look 2014 ended amidst smiles from the judges,
performances from the artiste, designs showcased on the runway, tall
robot break dancing and of course, the models competing for the ultimate
prize at Eko hotel on the 6th of September.

This all together gave the night some class and rich entertainment.


If you still don’t have an idea of how it all went down, worry not, Ogheneworo Akara has captured some of the very best moments to fill you in!
Enjoy the Narration below:
I have tried to capture this event creatively unlike any other
photographer would have in the same hall. I have tried to present it
refreshingly so you can enjoy the story of what I saw; not as a
fashionista but as a normal person who is watching the story of 20 young
models strive for fame and glory.

The event started quietly with some of the top Nigerian Photographers seated around me.

The evening opened properly with a performance from Ruby Gyan who thrilled everyone with her beautiful voice.

As our hosts for the night opened up the event with their welcomes, we knew we where in for something awesome tonight.

The Models came out at last, wearing, wait for it, garbage bin bags and yet looking resplendent in them.

As they all presented themselves for screening by all, Bolu instantly was a hit with the crowd with his well sculpted body.

and finally it was time to get on with it……..Kelechi Amadi-Obi’s wrist watch ticked out the time.

The models came out for the first passing and their confident stares were intimidating.

Praiz was the next act on the stage to perform and I swear his voice is made for double praise.

The models came out for the second passage

and as all eyes focused on them, I focused on one of the judges Lola Maja as she hid behind her camera.

as the ladies discussed the models and their passage.

and some more took selfies

Finally,
the moment for swim wears……Our host went ahead to proclaim after this
particular passage the event was over for him and he would be on his way
home.

but then he was the host……The hostess ( inset to the top right ) was very much around to stare at the bodies of this guys.

as
Bolu stepped onto the runway….Jeez!! Even I am jealous of the body this
guy has…….Please wait…..I am off to the gym. I will continue when I
return.

When Agbani Darego’s line AD came up on the run way, there was a class her designs had that was refreshing.

Sisiano’s designs was also one that caught my eye. I will not mind having some of these made for myself. Sisiano, lets talk.

This guy to the left needed a spear and shield for this outfit to be complete…….so Zulu.

and yet again when Bolu came on stage the audience took to him immediately.

Polo Avenue, provided the pieces for the luxury passage.

After
lots of walking and clapping and shouting it was time for some singing
and this “mad” girl was called up to crack our ribs with her perfomance.
Chidinma is just a beautiful entertainer.

She had this guy up in an instant and broke his waist before long with her energetic moves.

but met her match in these two next stage invaders

She met her match so much she took off her shoes and fled for her ……life? or honour? Which Chidinma?

Eventually
it was time for the Moet and Chandon Style awards to give them best
dressed male and female in the audience a big bottle of Moet and Chandon
to drown themselves in….:)

and
a great thing was all the guys were wearing themselves……what ever that
mean….lol………….Who are you wearing? I am wearing myself they all replied.
Ene Maya Lawani and Genevieve won the best dressed females.

The next passage was with the models wearing Mimi Lee, London.

Taryor Gabriels Bespoke had these beautiful suits for the male models

Finally
the female models came for their last passage in their Iconic Invanity
clothes before they were screened to the top five.

Yemi Alade’s energetic performance ushered in the male models but unfortunately non of them was the Johnny she was looking for.

In their Okunoren Twins suave outfits, these guys looked male on the outside.

As their names were read out, the females were practically ogling them

Elohor Aisien and Mr. Sunil Sawhney, MD Seven Bottling Company came out to read the winners from the top two.

Ndigwe Victor and Bolu were the top two male models and everyone was screaming for the one that was the crowd favourite.

And
with shouts of Bolu Bolu renting the air, Victor Ndigwe lived up to his
name when he was declared the Victor!  The reaction in that instant was
amazing amongst all the contestants. In that instant only Bolu was
super cool like he had a clue?

but his reaction afterwards was fatherly, that hug.

From the stern face of the young lad we had seen strutting the runway all evening as if he was made of rock, the tears flowed.

and when Mayowa was called the winner, wow, the reaction.

and she fainted on Bolu’s hands out of sheer giddiness.

We do runway with a beautiful twist of creativity and humour in our
stories and photographs. Call us on 01-2957641 or email us on
[email protected]

Aww, one of our favorite journalist and writers of all time, Tolu Ogunlesi is set to walk down the aisle...how sweet! 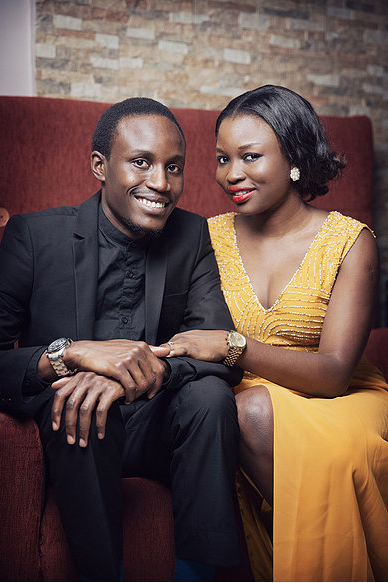 Journalist Tolu Ogunlesi and his engineer fiancee Kemi Agboola are set to wed this November 2014 in Ibadan, Oyo State.
The writer shared the good news on his Instagram page with the ‘Save The Date’ image.
See their fab. pre-wedding photos below: 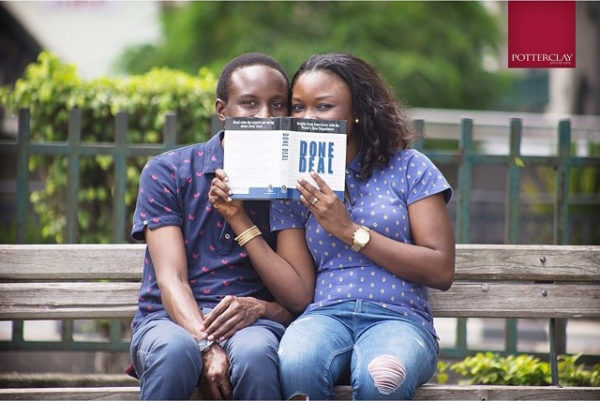 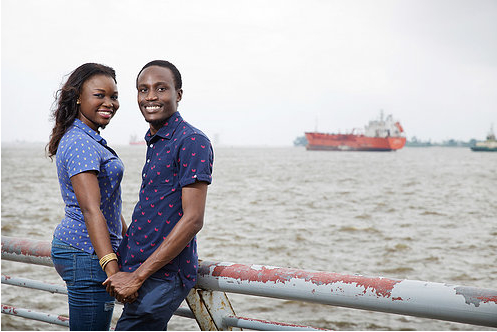