In a bid to combat the spread of the
deadly Ebola virus, the General Overseer and the Founder of the Mountain of
Fire and Miracles, MFM Ministries, Dr. Daniel Kolawole Olukoya, has cancelled
the church’s annual convention and 25th anniversary slated for  20 and 26 October 2014.
DKO, as Olukoya is generally called,
told all the Regional Overseers at a meeting he held with them recently to
disseminate the information to their members worldwide.
This is the first time the
convention will not hold since he has been a member of the church over ten
years ago.
The governments, both federal and
states, since the importation of EVD to the country by Sawyer, have been
mounting pressure on Christian leaders to suspend their crowd pulling services.
The General Overseer of the Redeemed
Christian Church of God, Pastor Enoch Adejare Adeboye is noted for telling his
congregation to shake hands with the brethren on both sides but, in the last
Holy Ghost Service, he urged the people to smile to the people on both sides.
Majek Fashek blasts Sound City TV for ignoring his videos, but plays that of 'Yahoo Yahoo artistes'

Nigerian blogger, Linda Ikeji, recently acquired the 2014 Range Rover Sport Supercharged for
N24m and if you thought the over-3000 comments on the post she put up at 12:47am on Tuesday was clear indication she had an idea of what was about to come after, you should read up the ones on Facebook and you’d be amazed. The reactions that followed the post are by far a beautiful mixture of glee and antagonism as expected of course, vanity and pride being the most mentioned.

The question then is, was Ikeji right to have purchased the car? I’m unabashedly happy for her, knowing she has come a long way like she mentioned in the post and ‘deserving’ would be an understatement. But is  she right to buy a N24m car?

Many feared dead as explosion hits college of Education, Kano

Not again!
An Explosion occurred at the Federal College of Education in Kano, north-west Nigeria today.
According to Dailypost, sporadic gunshots were heard immediately after
the explosion that occurred within the premises of the institution.

Number
of casualties is still unclear as at press time, but there are fears
that the bomb blast is likely to claim the lives of many students.

Much Ado about the Half Naked Gospel Singer in Church (photos) 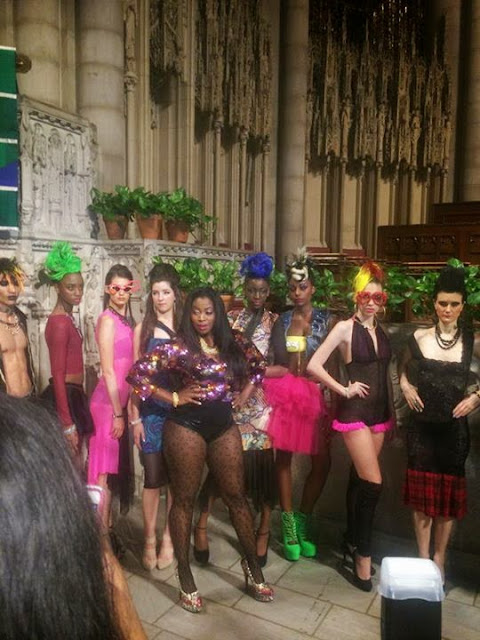 We are sure by now you must have seen the photos of the half naked gospel singer making the rounds on social media...allegedly the singer by the name of Only 1 Harmony wore this to perform at a Riverside Church in New York.

The text and photo were posted on Facebook by an outraged congregation member, claiming it’s not praise and worship, but “Perverted praise & whore-ship”.
“It Is Shameful & Very Appalling
That The PASTOR Of RIVERSIDE CHURCH In NEW YORK,Allowed Singer
‘ONLY1HARMONY’,To Sing In Their Church HALF-NAKED..As A Matter Of Fact,I
Don’t Call This PRAISE & WORSHIP,Rather I’ll Call It PERVERTED
PRAISE & WHORE-SHIP..
They Are Just Rubbishing The
CHRISTENDOM..If The...
Click to Continue Reading