A man identified as Adedayo Rasaki Daniel, who claims to be a mad
man, was on Sunday allegedly caught with explosive substances around one
of the hostels at the Obafemi Awolowo University, Ile-Ife, Osun State.

He was caught with explosive materials including petrol, wires, stove, and newspapers at about 1pm by the students of the OAU.
According
to reports, he was caught with what looked like a mixture of petrol
with an unidentified chemical around the Awo Hall of the school.
Confirming the incident, the Public Relations Officer of the
university, Mr. Biodun Olarewaju, said

“What happened was that our
security unit apprehended somebody, whose movement was suspicious. While
they searched him, a stove, old newspapers copies, and some liquid
mixture suspected to be kerosene, petrol or so were found on him.
“From
our observation, the young guy may not be ok. We don’t want to leave
anything to chances because of the security challenges in the country
and that is why we handed him over to the police. We want the police to
use their expertise to check if the guy is mentally ok or not. I wish to
put it on record that our security officers are ever vigilant, and we
don’t want any havoc here and machinery has been put in place to
safeguard lives and property.”

LEADER
of the violent Islamic sect, Boko Haram, Abubakar Shekau, has claimed
responsibility for two explosions on June 25 at a fuel depot in Apapa,
Lagos.
Shekau, according to Agence-France Presse reports, made the claim in a new video sent to the French news agency.
In the video, Shekau, standing next to at
least 10 gunmen in front of two Armoured Personnel Carriers and two
pick-up trucks, said, “A bomb went off in Lagos. I ordered (the bomber)
who went and detonated it.”

Two blasts, minutes apart, had rocked Apapa, where Nigeria’s main sea ports are located, on the night of June 25.
While the Lagos State Government and the
police had said the incident was a mere explosion caused by a gas
cylinder at a nearby depot, there had been speculations that a female
suicide bomber had...

Pakistani rights activist Malala Yousafzai, who survived after being
shot in the head by the Taliban for campaigning for girls’ education,
pledged yesterday to help free the 219 schoolgirls being held by Boko
Haram since April 15.

Malala spoke in Abuja when she met with some parents of the schoolgirls.

There were 15 parents at the meeting and five of the 57 girls who escaped from the Boko Haram custody.

Some of the parents broke down in tears as Malala spoke at a hotel.

“I can see those girls as my sisters … and I’m going to speak up for
them until they are released,” said Malala, who celebrates her 17th
birthday today. She is scheduled to meet with President Goodluck
Jonathan... 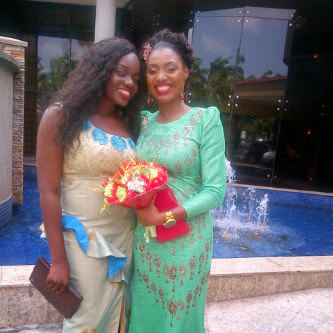