I could not tell if I was still on fire. All I knew was that my whole body was so hot and for a second I was restless.” Michael Anyanacho woke up in the early hours of Wednesday morning to go
to EMAB Plaza, Wuse 2, Abuja, where he works to earn extra money for
school.

The student of the Federal University of Technology, Minna, works as a
phone repairer at the plaza, visited by hundreds of Abuja residents
daily.

“When (school is) on break I repair phones so I can earn little to
take back with me but, presently, school is in session. I just came home
for a little break and decided to work as usual because I don’t depend
solely on my parents,” Michael explained.

However, on that fateful Wednesday, towards the close of work,
Michael found himself running away from EMAB Plaza, his body on fire.

“My legs and hands were on fire,” he narrated to PREMIUM TIMES from
his hospital bed at the National Hospital, Abuja. “I had to run as fast
as my legs could take me, to put out the fire on my body and also to
prevent my whole body from burning up.”

Michael was repairing a customer’s phone when the bomb explosion occurred at about 4:00 p.m.

“A customer of mine brought his hardware for repairs so I told him to
wait at my stand while I take the phone to my colleague on the other
side of the plaza who repairs software to help with the repairs,” he
said. “The repairs were taking too long so I headed back to ask my
customer to wait a bit longer. I was just two steps away from the plaza
when I heard a loud sound. Before I could turn around, my hands and legs
were on fire.”

He said that as he ran, he was no longer aware of the fire on his body.

“I could not tell if I was still on fire. All I knew was that my
whole body was so hot and for a second I was restless. It was a friend
of mine that held me and took me to the street were a man helped and
took me to Maitama Hospital before I was referred to National Hospital,”
he explained.

Michael was one of the 52 people, according to the Nigerian
Government, who escaped from the bomb explosion at the plaza with burns
and other injuries. At least 21 people were not as lucky; they died
either at the scene or in the hospital.

Alphonsus Anyanacho, Michael’s father, told PREMIUM TIMES that at the
time of the explosion he, like millions of Nigerians, was about to
watch the match between Nigeria and Argentina at the World Cup.

“I was at home but went out around that time to watch the Super
Eagles match. When I saw on the television screen breaking news about
the bomb blast at EMAB Plaza, I remembered my son because he goes there
every morning to hustle,” Mr. Anyanacho said. “I then called his number
immediately but someone else picked the phone; a friend of his that
helped him to the hospital.”

He said he left for the National Hospital immediately and got there to find his son “wrapped up.”

Based on the Abuja administration’s resolve to foot medical bills of
victims of such incident, Mr. Anyanacho confirmed that he was not
charged a dime as hospital bills for his son’s treatment.

Sitting beside his son’s hospital bed, the father said the doctors had not told him when his son would be discharged.

“All I was told was that he is responding to treatment,” Mr. Anyanacho disclosed. 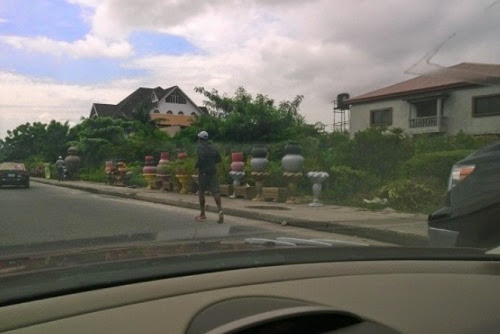 A few minutes ago, Comedian Alibaba posted the photo above and its caption on his Instagram page....and many of his followers reacted almost immediately, calling out the Lagos big boy in the photo.
According to them, the Lagos big boy, identified as the CEO of Dilly motors, jogs with full armed backup and causes so much traffic
on the road, everyday!
He
usually jogs in the afternoons weekdays and his security car
always drives at his jogging pace and God help you, if you are going the
same way....you get stuck in traffic!
...
Click to Continue Reading
News

Nigerians criticize Yobo and his wife; Enyeama has this message for us all!

Nigeria's goal keeper, Vincent Enyeama has dedicated his impressive performance at yesterday's game against France to God. The happily married father of three, posted this beautiful message on his page minutes ago:

"I want to say a very big #THANK GOD to my #SUPER
GOD# and to all my fans and and the supporters of the national team.for
all the good will messages, all the love and support that you gave to me
and my colleagues.we couldn't make it past that stage.#WEARENIGERIA.#ILoVeYoU#you all were amazing and great.#Thank you so much."

We love you too Enyeama...xoxo!

Oh by the way Nigerian defender, Joseph Yobo and his wife, Adaeze have been
criticized via social media for “scoring an own goal” during Nigeria’s
match against France on Monday evening.

Despite the on-going  Ramadan exercise, Boko Haram sect this morning bombed a crowded market in Maiduguri, the Borno State capital. 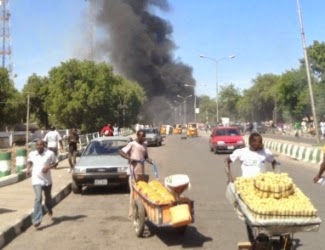 The market is located close  to a Power Holding Company of Nigeria building.

The explosives were reportedly hidden in a vehicle carrying charcoal.

BBC’s Habiba Adamu reports that a
resident who visited the scene counted five bodies while another
resident said the number of dead was higher. 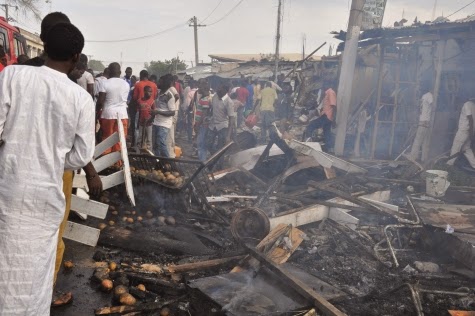 The driver of the vehicle was believed to be among those killed or wounded, Reuters news agency reports.

It was also reported that several people were injured and many
vehicles damaged.